New work from Colagene's own

Colagene, a representation agency with offices in Montreal and Paris, shared work from their artist Jenue, work commissioned by DI Weekend. Di Weekend chose Jenue to create the key visual for the magazine cover, the poster and the digital visual of their colourful event in Sweden, the celebration of their 20th year anniversary. 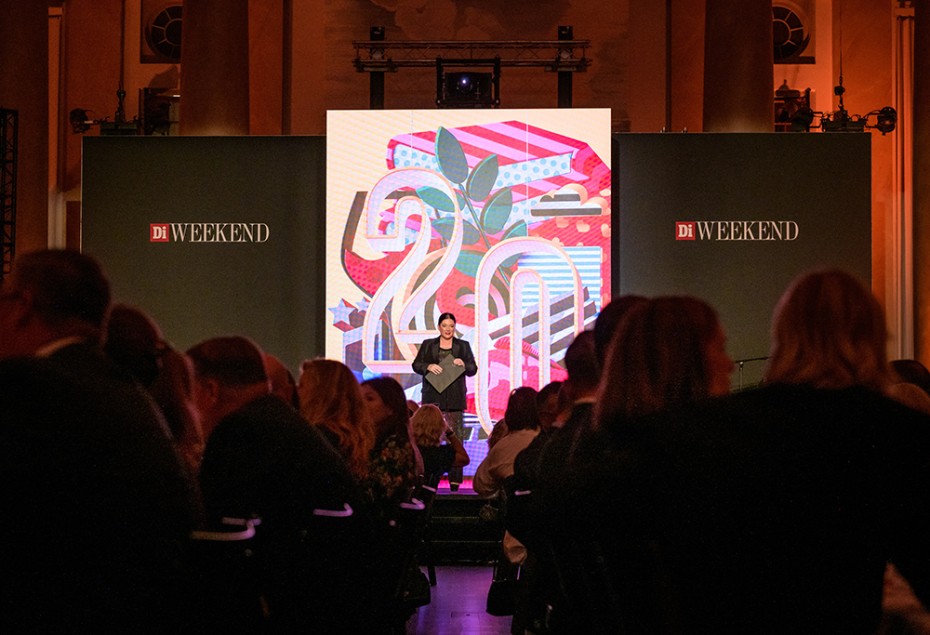 About Jenue
Alvaro, also known as Jenue, is a designer and artist who produces creative typographies, images, and animations with a vibrant and original twist. Working in locations all over the world allowed Jenue to develop a unique style. He felt that it would be the best way to develop his singular imagination and creativity.

The idea behind this innovative agency was inspired by a desire to change the status quo in the media and image field — a well-worn cliché, but one that would quickly take off. Born of a common enthusiasm for painting, fashion, graphic design and advertising, Colagene was founded in Montreal in 2001. Co-founders Brisson and Sillard, who are both passionate about design in all its forms, got off to an explosive start and steadily began to build their community of exceptional artists. Very early on, illustration became the main focus of their project — Colagene's visionary spirit breathed new life into the traditional market of image production, and the agency soon found its way into market niches. The response to their venture was overwhelming, and in 2003, the team started earning recognition for its work through various competitions and prestigious contracts. Armed with enthusiasm and ambition, the agency worked is charm on North America, followed by Europe. By popular demand, and supported by a growing number of partnerships, in 2008 Colagene opened a second branch in Paris, and a London office soon followed in 2009 (2009 to 2012), with the agency setting its sights on new creative challenges. The resulting richness of its portfolio is the mark of a fresh and distinctive spirit, a special stylistic touch made possible by the inspiration and cultural influence of its members. For more information, visit www.colagene.com.