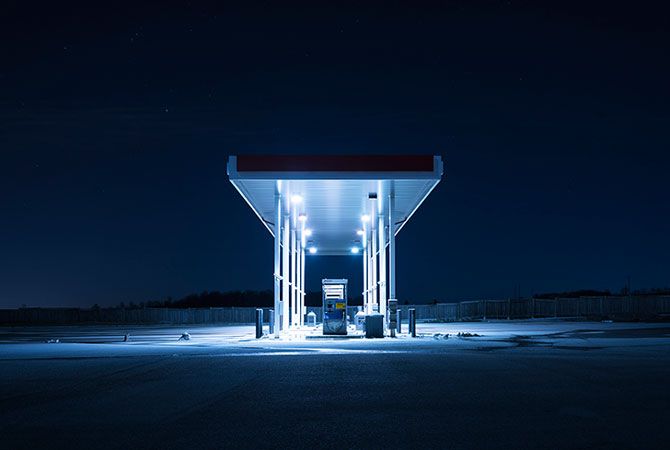 By day, Cosmo Campbell heads up the creative department at DDB Canada. By night, he applies what he's learned in his 30 years in graphic design to the composition of his photography. Lately, that's meant when Campbell can't sleep, he goes walking in whatever city he is in, armed with only his camera and gear. He started the personal series #nocturnaltourist on Instagram to collect the results of his nighttime sojourns. We asked him a bit more about the project, below.

I grew up in a home surrounded by art, and at an early age became interested in the conceptual side of art, the kinds of statements that were being made by Magritte and Dali, and images that challenged the mind or made observations about society. I liked photography, but the work I was exposed to formed a perception for me that it was mostly about recreating a realistic representation of the real world. There was something lacking, although they were technically amazing, they always left me a little empty. Until I saw the work of Man Ray. His photographs completely shifted my mind to how photography could be used as so much more than just creating beautiful images. For the first time, I got excited about the possibilities of using photography as a form of artistic representation versus just documenting a moment.

What gave you the idea for #nocturnaltourist? When did you start the series?

I’ve always loved the cleanliness of shooting at night, the way you can isolate objects in an inky sea of blackness. The first night shoot I remember doing was when I was still at art college in Cape Town. My then-girlfriend (now wife) and I used to go to an old Victorian graveyard to shoot the large carved marble angels on the tombs. They seemed so peaceful against the dark night sky.

I started tagging the #nocturnaltourist series about three years ago, when I started doing a lot more travelling for work. I love visiting new cities, but I don’t have time to shoot during the day. Usually, because of jetlag or stress, I wake up in the middle of the night and decide to go out and shoot. The beauty of being out when everyone is sleeping is that you get to see a city purely for its structural qualities, without any of the inhabitants. 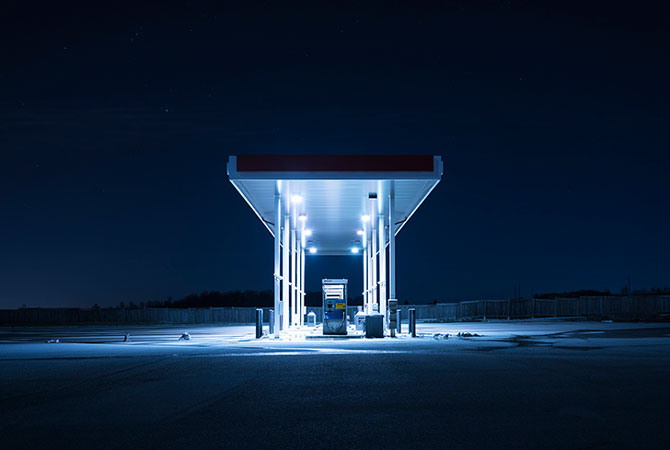 Have you always enjoyed walking at night? What part about it do you like best?

Not always, but as my sleep patterns have become more sporadic, I’ve come to enjoy exploring at night. I used to get worried if I couldn’t sleep, but now it’s a gift if I wake up at 3 am, I go off and do something I love instead. The world is wonderful at that time, there’s an amazing sense of solitude and excitement about the night, an eerie calm that’s such a nice contrast to the day.

How does what you see at night differ from what you see in the daytime? What part about it makes you a tourist in your own town?

I’ve lived in seven cities on four continents, so I feel like I’m a tourist no matter where I am. We’ve been in Toronto for a little over two years, so this has been an interesting, if unusual way to get to know the different parts of the city.

When you visit a new city, everything looks different from where you’ve come from. Shooting at night does the same for me. I can walk past buildings, sets of stairs or a bench every day and it seems so common, but at night those objects become abstract and tell a completely different story. During the day, they’re the negative spaces to society’s actions, at night when there are no people around they become the heroes of the story; you can see them for exactly what they are—beautiful, often very utilitarian structures that otherwise get ignored. 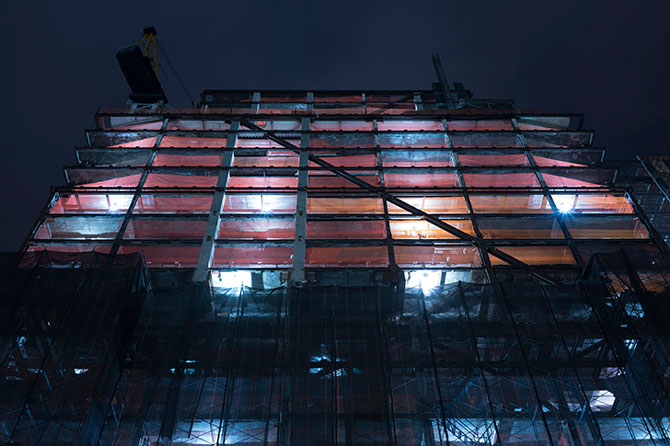 Are there certain areas of town where you tend to favour for your nighttime excursions?

I gravitate towards industrial spaces, structures and objects that have interesting lighting. I like to take what I think are beautiful pictures of ugly subjects. It’s not always the case, but that’s what excites me most, being able to shoot something that I feel challenges my sensitivities and makes a statement about society, but still make it look appealing. That’s the tension point I’m looking for.

What makes a space/building/object interesting to you?

There are two things. 1) The story it tells. Is there a tension point about the space or object that tells a story about society, or humanity in general? 2) The lighting. How does the lighting isolate the subject and create a mood that enhances the overall story I want tell? 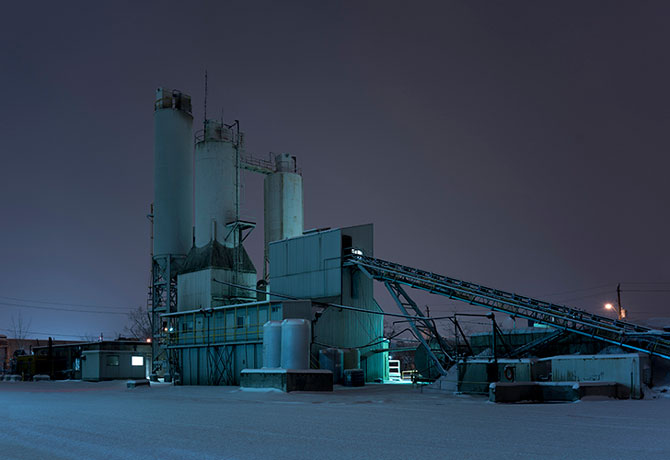 What’s the one thing that has surprised you most in your travels?

That I haven’t been shot, or arrested. I’ve been chased away by security a couple of times, but I guess that’s to be expected when you’re sneaking around at night with a camera.

What are you using to shoot? Any special equipment beyond a camera?

I have a couple of 35mm full-frame mirrorless cameras, but my favourite pieces of gear are my 35mm and 55mm Zeiss prime lenses. I’m not a fan of wide, or super long lenses, as they seem to lose the human observational quality that I’m looking for. Oh, and a good tripod.

What do you hope the images convey?

A calm, peaceful depiction of the societal landscape—a palpable juxtaposition between the quiet solitude of spaces by night, which stand in stark contrast to their daytime selves. Machinery, factories and monolithic structures captured, as if in a state of hibernation.

Do you have any plans to take this project beyond your Instagram feed?

Yes. I’m in conversations with a couple of galleries at the moment and am planning an exhibition at some stage soon. I’m also working on a couple of other series.

Check out Cosmo Campbell's Instagram feed and #nocturnaltourist. More photos below, and in the top slider. 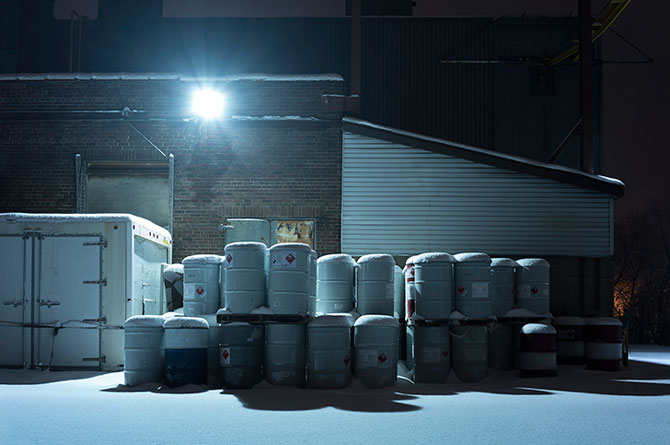 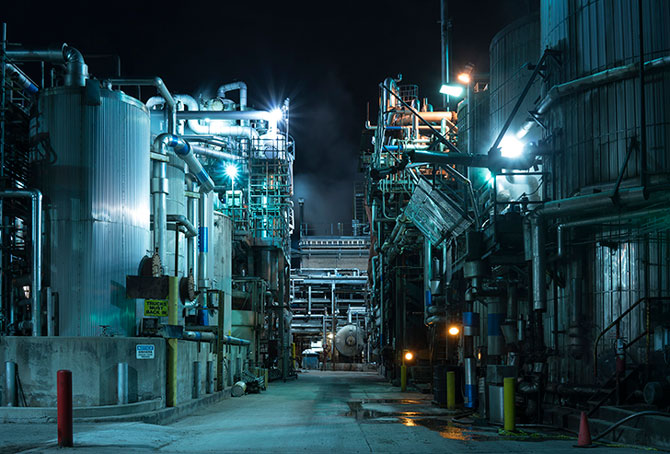 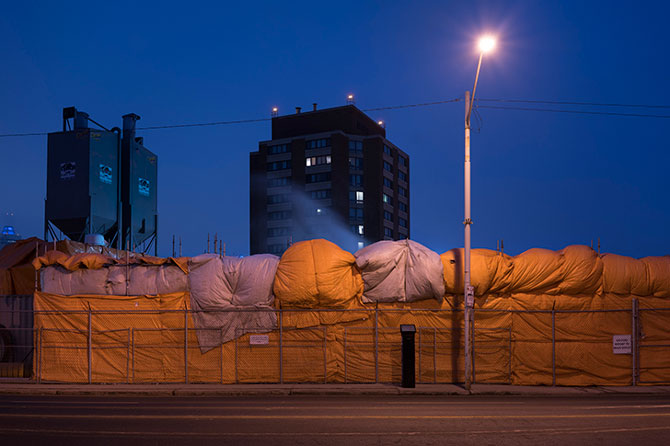 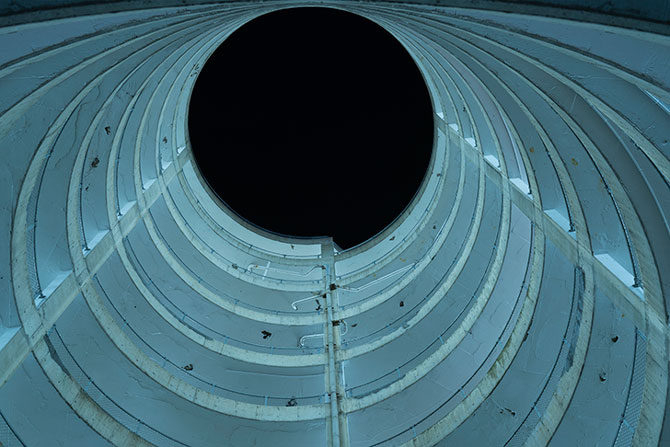 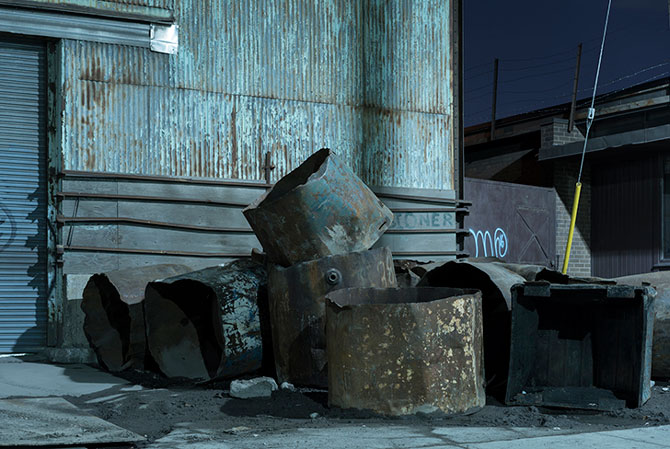 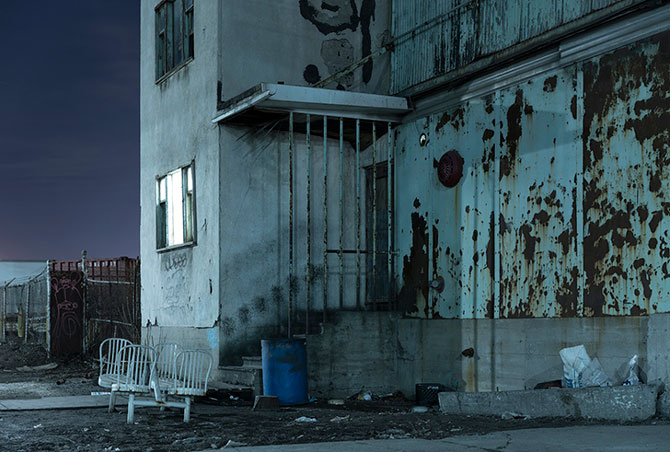 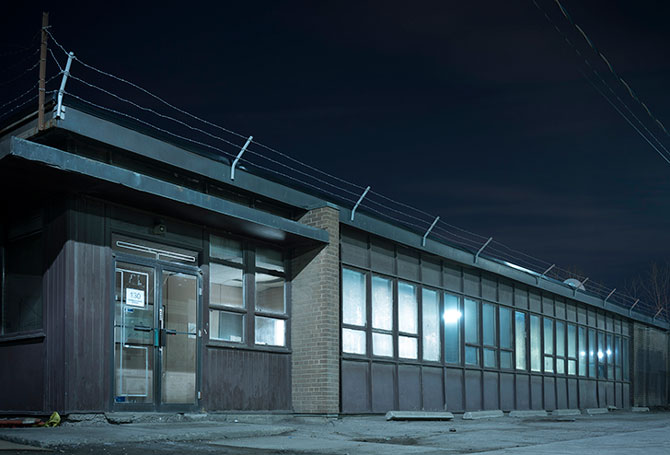