Of Brand Cowards and Missed Opportunities 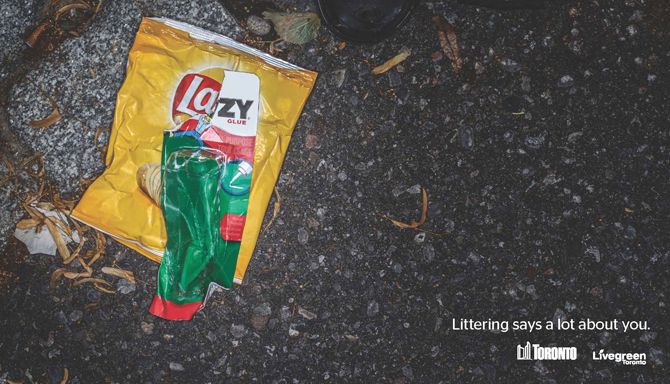 When the City of Toronto and Publicis recently pulled their effective anti-littering ads, they allowed brand owners to take control of the conversation

Last week we noticed that the City of Toronto, in response to the negative reactions of several brand owners, cancelled a very strong anti-littering campaign that ingeniously used discarded cigarette, beverage and confectionary packaging to make litterers feel ashamed of their habits.

As you can see in the accompanying imagery, the brand names on the crumpled packages and wrappers are combined in such a way as to create words like “LowLife” (Sweet’N Low and Lifesavers) or “Pig” (Reese’s Pieces and Gatorade).

The campaign, created by Publicis, is visually and verbally powerful. Huffington Post called it “gorgeously shaming.” Fast Company called it “a savvy approach to social activism”. Reddit and Tumblr buzzed with lively exchanges on the campaign. Both the press and industry insiders praised the power of its execution.

But not everybody liked it. Seems some of the brand owners whose packaging ended up in these clever mash-ups were quite annoyed to see their labels associated with littering. Looks like they lawyered up and told the City of Toronto and its Live Green Toronto program to cease and desist. Which they did, unfortunately. 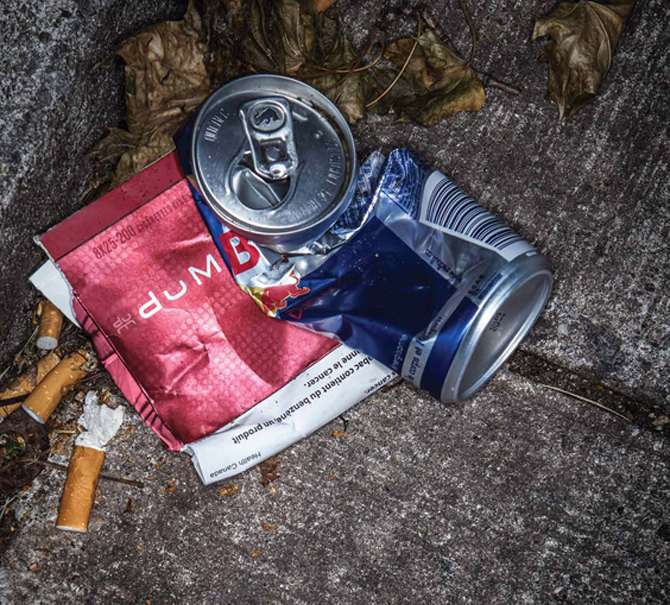 An IP lawyer quoted in the Toronto Star cited two trademark issues that may have been violated: one, using another person’s trademark in a way that depreciates its goodwill, and two, using a trademark without permission.

One can understand the latter. The City would have been smarter to ask permission to use these trademarks. Sure, it would have been a harder sell, but it could have very easily been positioned as a partnership between the brands and the City for a good cause. Managed correctly, it could have generated a meaningful conversation about how brand owners might work together, with the City, to develop a solution to a growing problem.

The fact that only some of the brands depicted in this campaign were concerned about its potential negative associations suggests that we are dealing with different attitudes on the part of the brand owners.

The brand owners who forced this campaign off the air are shortsighted and frankly blind to the opportunity it presented them for doing some social good. About 30 per cent of urban solid waste is discarded consumer goods packaging. It ends up in the garbage or on the street. The best we can do is recycle it, but if it’s on the street the path to recycling is interrupted.

And not all of it is recyclable. For instance, most candy wrappers end up in landfill anyway because they are composed of a mix of paper, aluminum and plastic, and because the polymers used in candy wrapper plastic are not recyclable.

No one wants to see their brand as litter, but given these kinds of statistics, I would question the brand owners’ so-called “goodwill.” In what way are they demonstrating goodwill? By designing packaging that isn’t recyclable? By using trademark lawyers to shield us from the truth?

Brand owners need to accept some responsibility. The ones who forced the City to pull these ads are demonstrating both a lack of moral fibre and a misunderstanding of the point of the campaign. The brands were not the target; the litterers were. Maybe there should be a campaign aimed at the brands for not taking a more active role in cleaning up the environment.

The brands in question could have joined the City in its appeal to keep litter off the streets. Instead they acted like a bunch of frightened little old spinsters. Pulling this campaign not only takes the heat off the litterers, but also takes the brands off the hook. That’s what this intervention was really about.

Will Novosedlik is the head of brand experience at Idea Couture. He's worked both as a consultant and client on brands such as Nestlé Canada, Swiss Chalet, Bata International and Deutsche Telecom in Canada, the US and Europe.