On the Mainstreaming of Scam 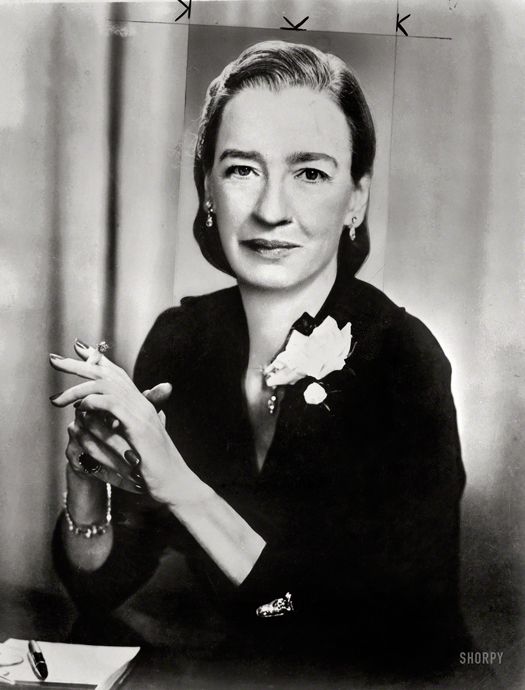 The old rules no longer apply, which would explain why advertising is ignoring them

If you’re an ambitious advertising person, there’s a good chance you owe a vote of thanks to the late Grace Hopper.

Grace Hopper was a pioneering computer scientist and a rear admiral in the United States Navy. She laid the groundwork for the development of the COBOL computer programming language, and popularized the term “debugging” in computing. (A dead moth pulled from one of Hopper’s computers is actually on display at the Smithsonian.)

Though most people in advertising don’t know it, we quote Grace Hopper all the time. It was Hopper who first spoke the phrase, “It's easier to ask forgiveness than it is to get permission.” While the catchphrase was originally uttered to loosen the handcuffs of young computer scientists, it has since become the rallying cry for ad people seeking to heighten their profile through scam ads.

Before the rise of the Internet, unauthorized advertising was off-limits to everyone but students. But as recently as ten years ago, a Toronto agency managed to shock much of the Canadian industry by airing a speculative TV commercial. In 2004 — almost a full year before YouTube went live — Toronto adman Vaughn Whelan found himself left off a short list of agencies pitching the Molson Canadian business. (According to The Globe and Mail, Whelan failed to make even the long list.) Rather than live with the disappointment, Whelan hatched a plan to muscle his way into contention. He spent $10,000 to produce a spec 60-second ad, booked a couple of slots of late-night airtime and wrote Molson’s brand team to urge them to tune in.

Molson responded the next day, and not with an invitation to pitch. Molson’s lawyers sent Whelan a sharply worded letter, and the annoyed client told a reporter, "I don't think anybody wants anybody representing your product or brand to a potential audience that you have no say over.”

Whelan, who died the following year, was unrepentant. "All I've done is what every other agency does,” he said. “I've made a speculative piece of work and instead of showing it in a boardroom or in the confines of a focus group, I've put it out for public opinion."

It turns out that Vaughn Whelan was way ahead of his time. In the years since his death, advertising’s response to spec and scam ads has moved from outrage to tolerance to something approaching celebration. Today’s thinking comes close to what Whelan implied: Ad people have a right to show their work to a focus group of billions, and it’s not absolutely necessary that the client approve this “research,” or even know that it’s taking place.

Consider, for example, the sea change at Cannes. In years past, festival officials would withdraw Lions awarded to ads that were done without client approval, or that were entered without actually having run. There was much discussion of banning the agencies involved, and the penalty was imposed at least once.

More recently, though, the rules seem to have relaxed. And by relaxed, I mean disappeared. During this year’s Cannes festival, the Australian trade site Mumbrella established that several winning ads and campaigns were suspicious at best, and the mountain of evidence they gathered resulted in…nothing. Indeed, a former Cannes Jury member actually defended the new leniency toward scams. In an interview, R/GA founder Bob Greenberg said that even if an entry appears to be a fake, “it still may be very innovative and so we sort of give it a break sometimes based on that…If it’s really innovative, and it might have a bit of scam connected to it, we sort of let it pass,” he said. “It’s still showing the way forward.”

A review of the festival’s revenues confirms that “the way forward” is as much financial as it is creative. This past year’s entry fees alone totalled $28.2 million USD (up $4 million from last year).

And as Copyranter blogger Mark Duffy noted, the opportunities of the Internet mean that even the clients are now in on the game. “Lion winners get lots of worldwide online press,” Duffy said, “which means thousands — even millions — of dollars of free media placement. You can't blame 'em for playing along.”

But the new tolerance of scams isn’t just about money or profile. It’s also about keeping ahead in an unofficial competition that didn’t exist ten years ago. Today, an endless stream of spec work is coming from people outside advertising, people for whom scam ads come with little or no risk at all. And unlike Vaughn Whelan’s Handycam opus, today’s spec ads are often hard to distinguish from official spots with marked-up agency budgets.

This is not to say they always succeed. This past August, Honda took quick legal action against a spec ad that demonstrated the fuel efficiency of the Fit by showing a driver unloading a mammoth jug of urine from his car. But for filmmakers with greater empathy for their unwitting clients, the rewards can be enormous. Just this year, the young college grads behind Everdream Pictures have twice won client praise — and piles of publicity — for their low-budget spec films promoting Tesla and Google Glass.

No wonder agencies want to level the playing field. Outsiders like Everdream get to write the brief and skip past research, and they don’t even have to invite the client to the shoot. These days, the worst that can happen to ad scammers is a cease-and-desist letter. And the best that can happen? They get the attention of tens of millions of people, including a billionaire brand owner who still has no agency of record. 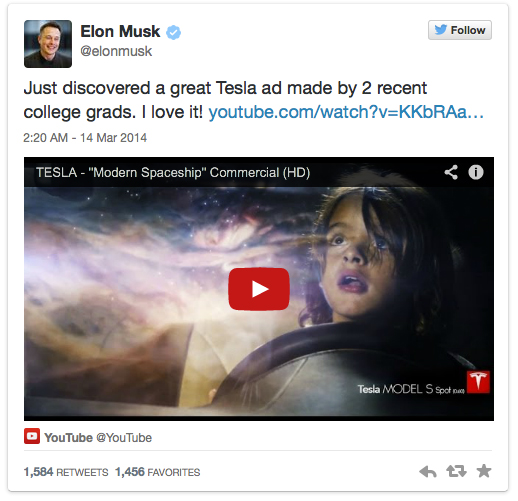