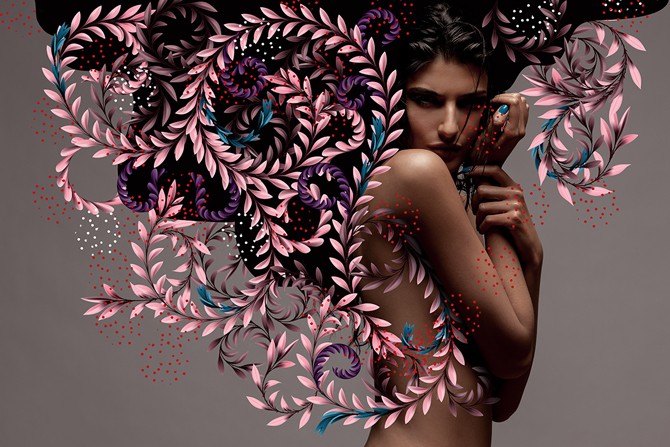 Two artists are better than one! Toronto photographer Koby and New York illustrator Gary Fernández brought their talents together for "Bojana," a photo illustration project that celebrates spring.

Koby stumbled across Fernández's work online and reached out to him about collaborating on an idea he had in mind. They worked with makeup artist Diana Carreiro of P1M to create the final images of a model wrapped in botanicals. The images were showcased in an alumni exhibition at Humber College, which recently wrapped up.

"We tried to represent the tones of the coming season and positioned the model to make sure she could work with the design," says Koby. "It was shot in such a way that allowed the illustrator to have the space to communicate the shapes and design."

Fernández sketched the illustrations before digitizing them in Illustrator. When the photos were ready, Koby applied the drawings and used Photoshop to blend them into and around the model.

"Gary brought a lot into the visual, creating this eye-catching, beautiful aesthetic," Koby says. "The special thing about this project was to have three artists create something that you don't generally get to do." 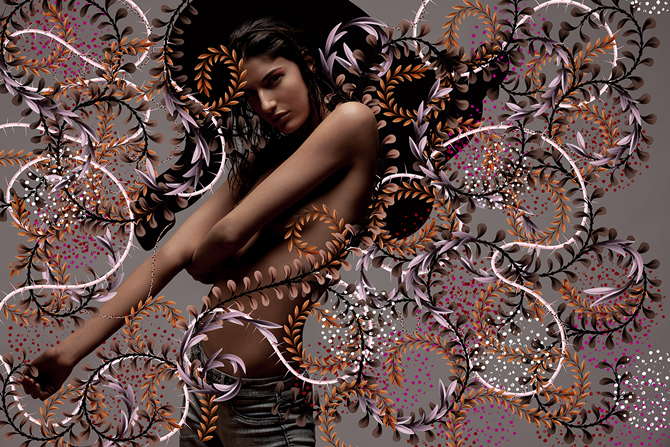 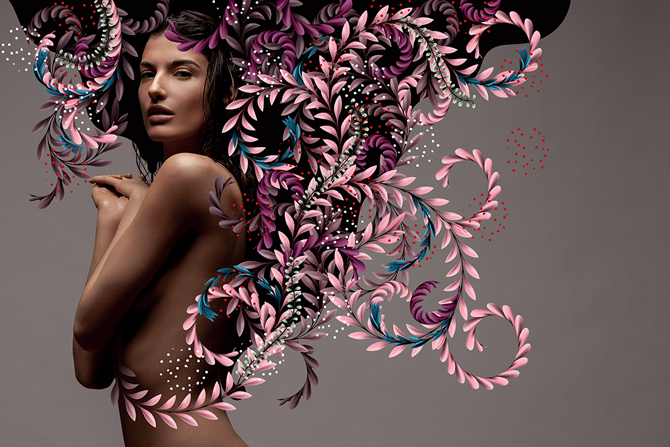 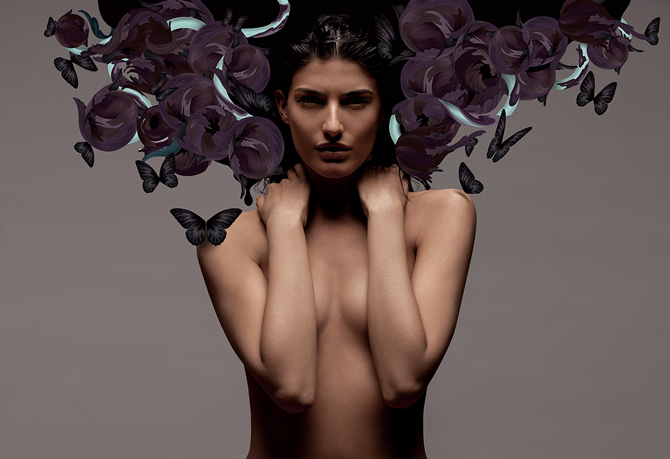 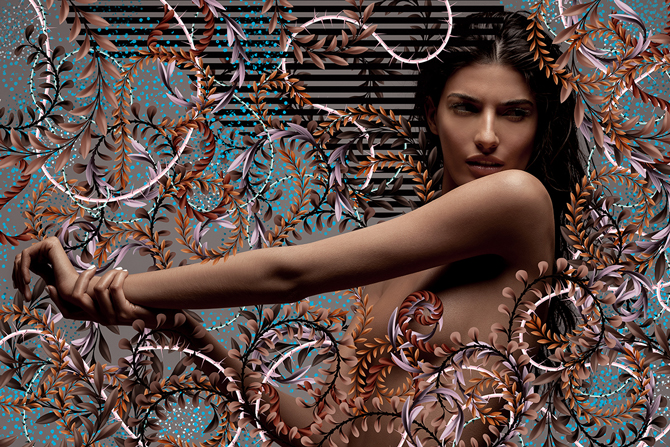