Pick a Fight, Any Fight 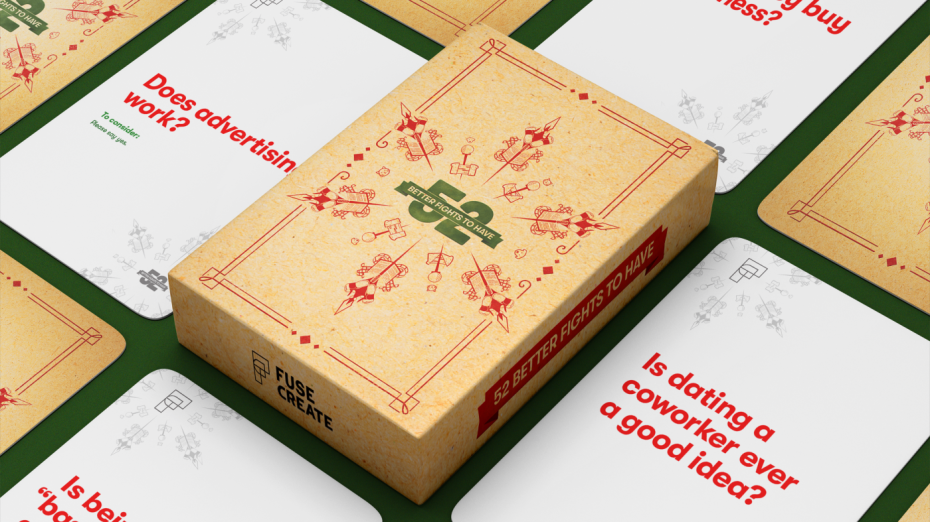 Few holiday songs have truly captured the spirit of the season as well as Kathleen Edwards’ “It’s Christmastime (Let’s Just Survive).” Festive family dinners often devolve into the Thunderdome; two aunts enter, one aunt leaves. The conviviality sold to us in seasonal specials and polar bear pop commercials belies the reality of most gatherings that feature across the table tussles as their main event.

Toronto-based agency FUSE Create knows that this holiday season may be the first time we’ve socialized in nearly two years and they want to get us back into fighting shape, but rather than focus on the old firebrands favourites of masks, vaccinations, climate change, or politics, they developed “52 Better Fights to Have.” 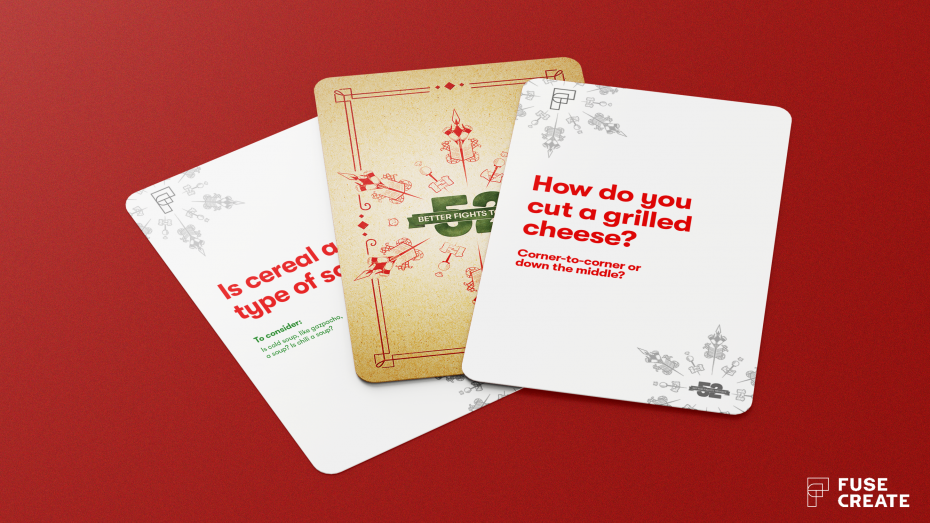 As you may have surmised from the name, FUSE Create created a deck of cards filled with argument prompts that are a bit more merry: no politics, no pandemic, just interlocutor improv.

“I mean, it’s going to happen regardless,” says Steve Miller, ECD at FUSE Create. “We thought we would offer a way to make those inevitable holiday family arguments a little more fun—and have a little fun with it at the same time.”

So sharpen your high school debate skills and see if you can convince gran that a hot dog is a sandwich or finally get your cousin to admit that Ross and Rachel were indeed, without a shadow of a doubt, on a break. Low stakes arguments, but for a high stakes cause, as a portion of the proceeds will be going to Children’s Aid Foundation. So you can bring the boom and do good too!

About FUSE Create
Based in Toronto, Canada, FUSE Create (fusecreate.com) is a full-service independent creative agency that believes when you fuse smarts + imagination, whether in a campaign, a culture, a process, or a person, everything is possible. That belief creates, invents, and permeates throughout the agency and the award-winning work, that aims to one thing; Turn Heads. FUSE Create is the #3 Small Agency in Canada and a member of Worldwide Partners (worldwidepartners.com), one of the world’s largest networks of independent advertising agencies.