Poster Series: The Most Iconic Bridges in America 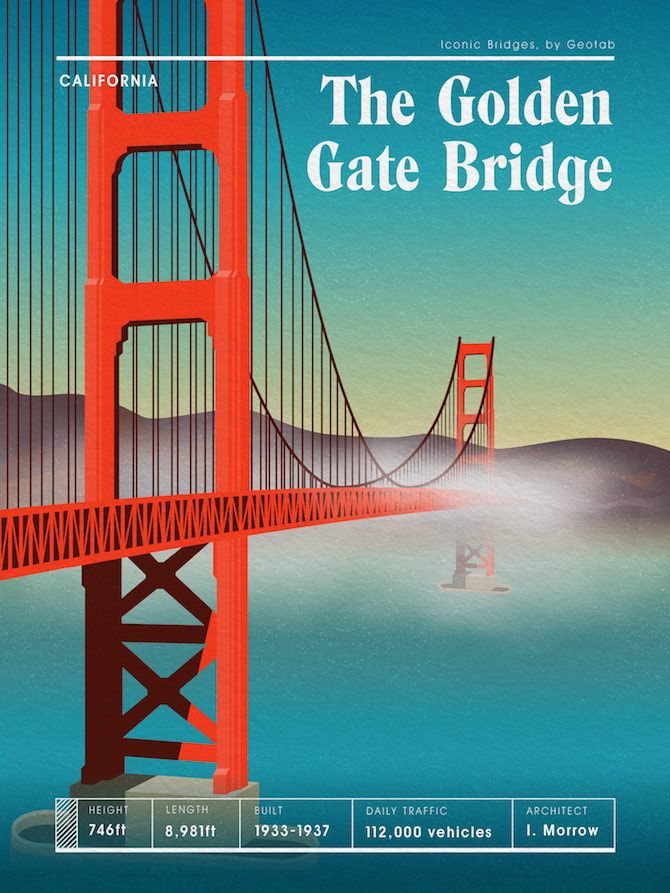 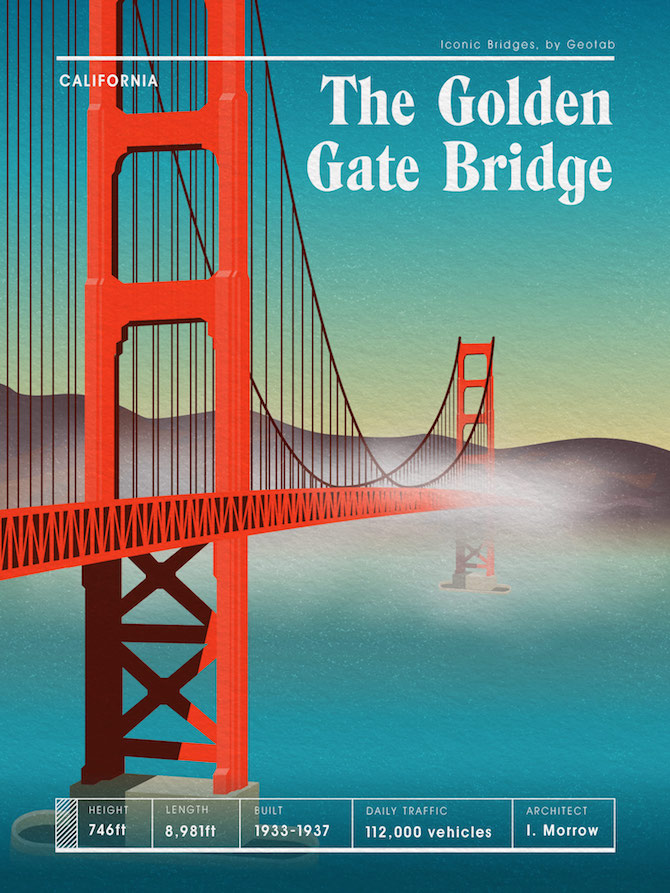 In terms of transportation, bridges play a major role in the movement of people, goods and vehicles. They shape the landscape where they are built and are often seen as landmarks. However, many people are unaware of the background of these bridges. When were they built? Who built them? These questions are often left unanswered. Geotab, a fleet-tracking platform, aims to answer some of these questions with its new poster design series. “Our poster series draws attention to those details, as well as highlighting the bridges,” says Maria Sotra, vice-president of marketing at Geotab. 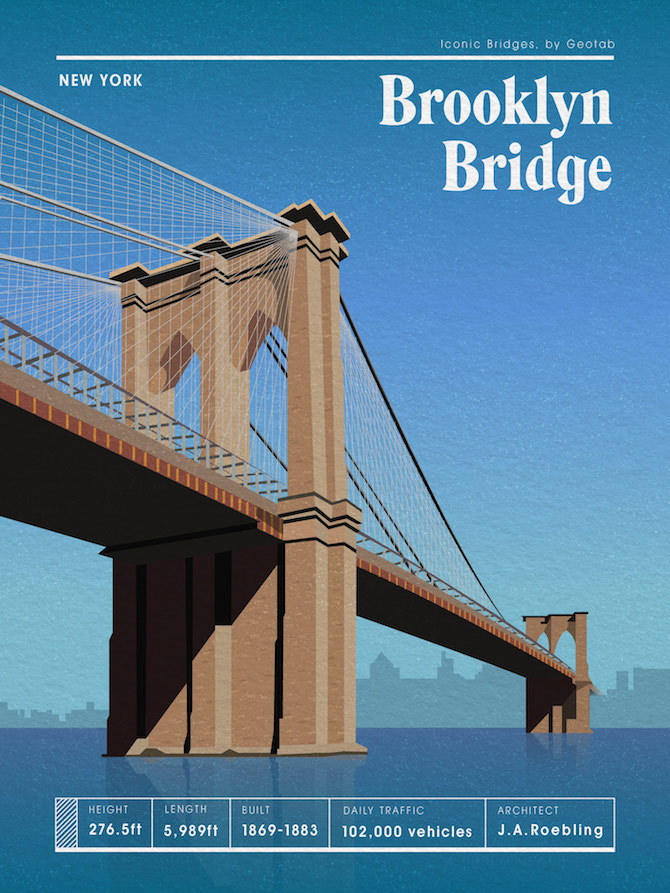 Geotab was inspired to create the series to “pay homage to the structures that move us,” says Sotra. The project consists of 10 individual posters depicting iconic US bridges. When Geotab first started the project, they had a list of 25 bridges. After discussion, Sorta and her team narrowed it down to the bridges that were “photographed the most, the [ones] with standout features, those with the most spectacular scenery and those that were also notable in terms of the structure designs or [that were] firsts in architecture,” she says. 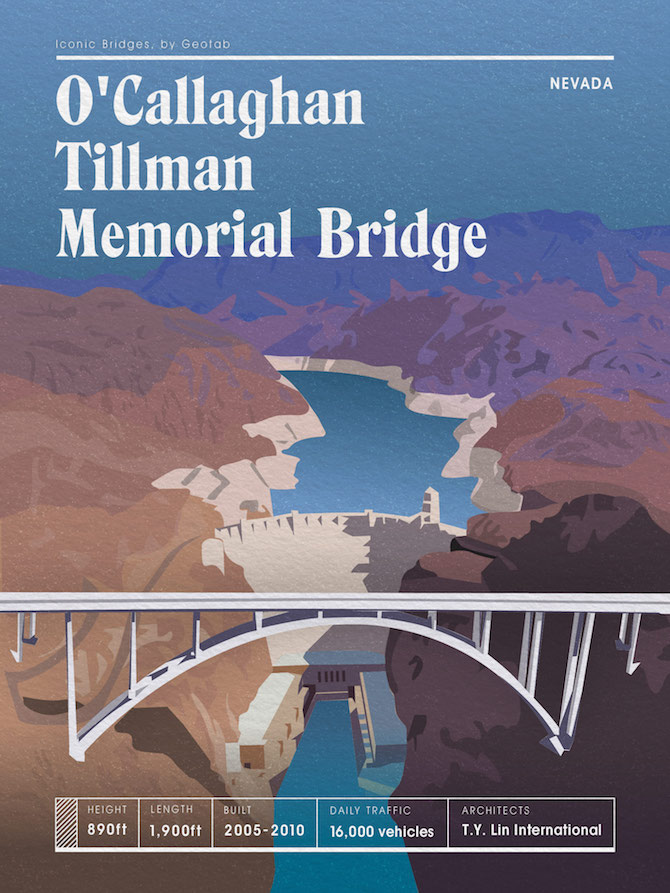 Style-wise, the posters are “synonymous with ’70s posters design,” Sorta says, and feature the Hawthorn typeface. Different angles capture the bridges’ unique designs and architecture. Although this is a digital project, Geotab created the posters for customers to display on their walls. “The layout and typography are as simple as possible to allow the bridges to take center stage,” says London, UK–based illustrator Leonie Wharton, who created the artwork for the posters. Check out more of them below.—Sabrina Gamrot 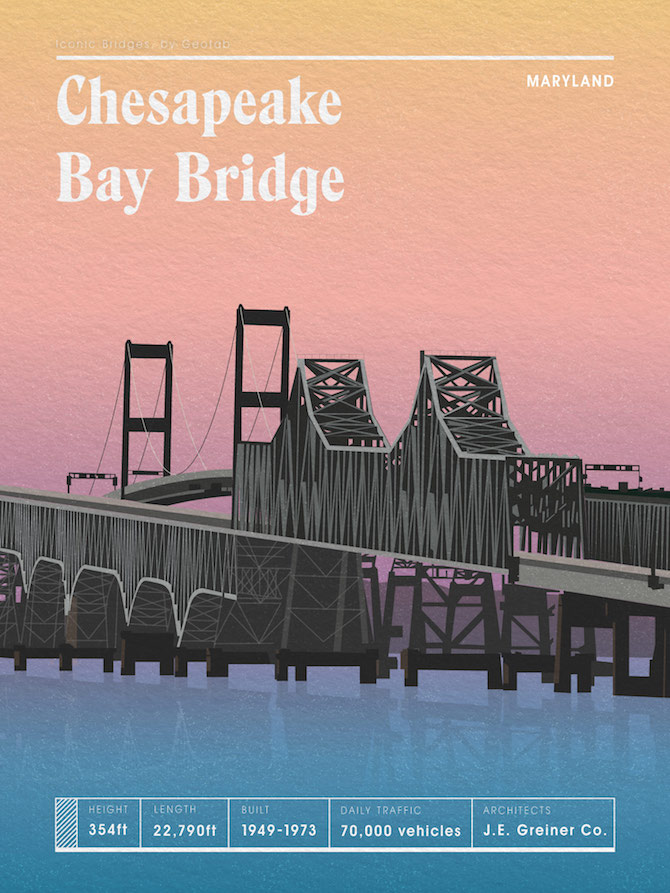 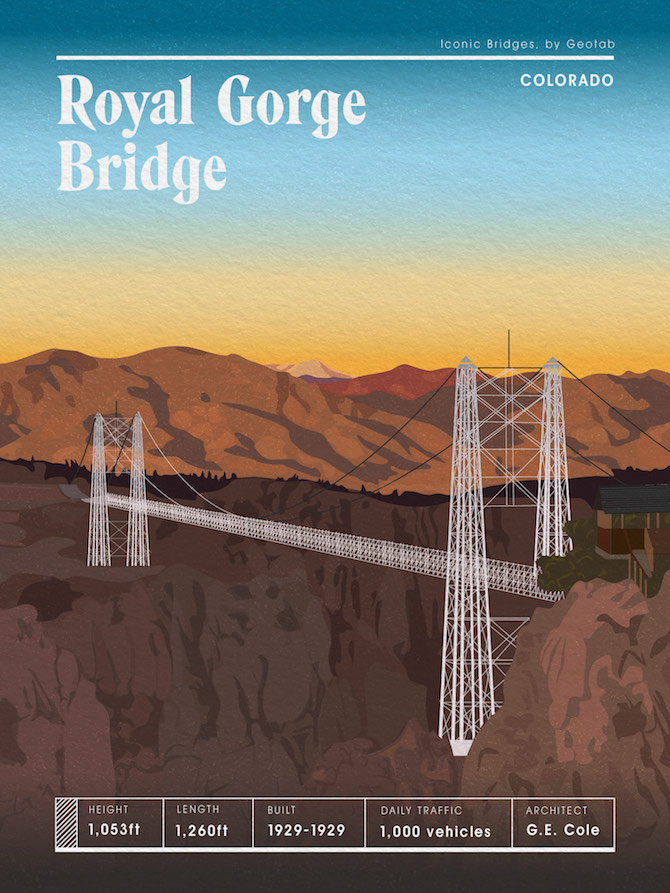