Putting the Soul in Sol 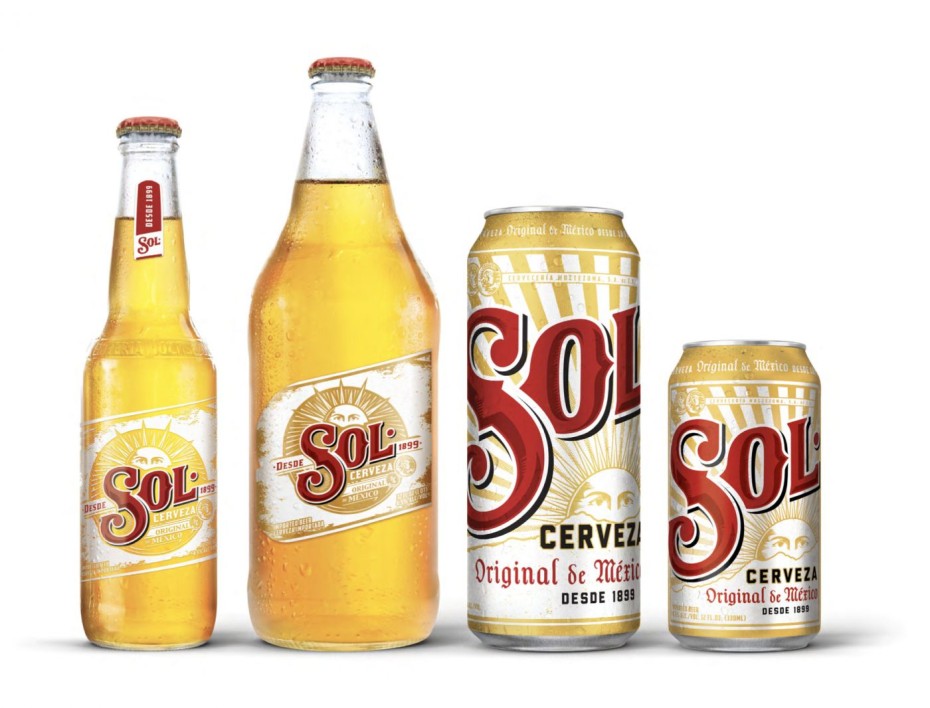 The competition is fierce when it comes to beer and so to give Sol an extra edge to attract new customers (while at the same time not ignore existing customers), the team at Soulsight designed a new brand look and identity.

In order to do this, Soulsight looked to Sol’s packaging history and identified two key design elements; the sun iconography and bold red script. 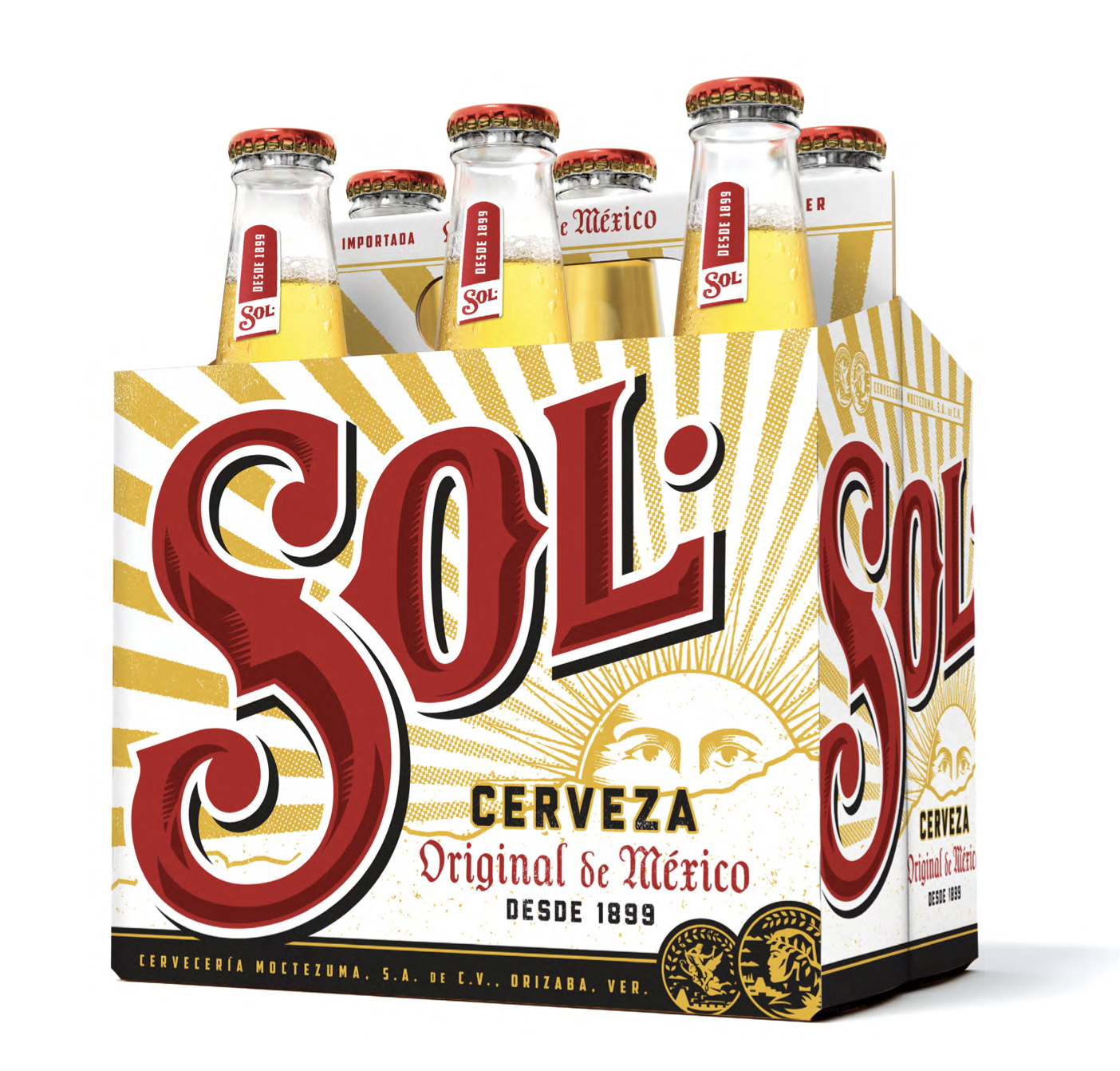 These elements were then redesigned and simplified to give Sol a more approachable look. The sun icon has shifted down in place and given the additional feature of prominent rays, illuminating the packaging. A new colour palette was exchanged for the red and black background of the past for a modern feel.

“We’re bringing back the sun to Sol,” said Elizabeth Hitch, marketing manager for Sol, in a release. 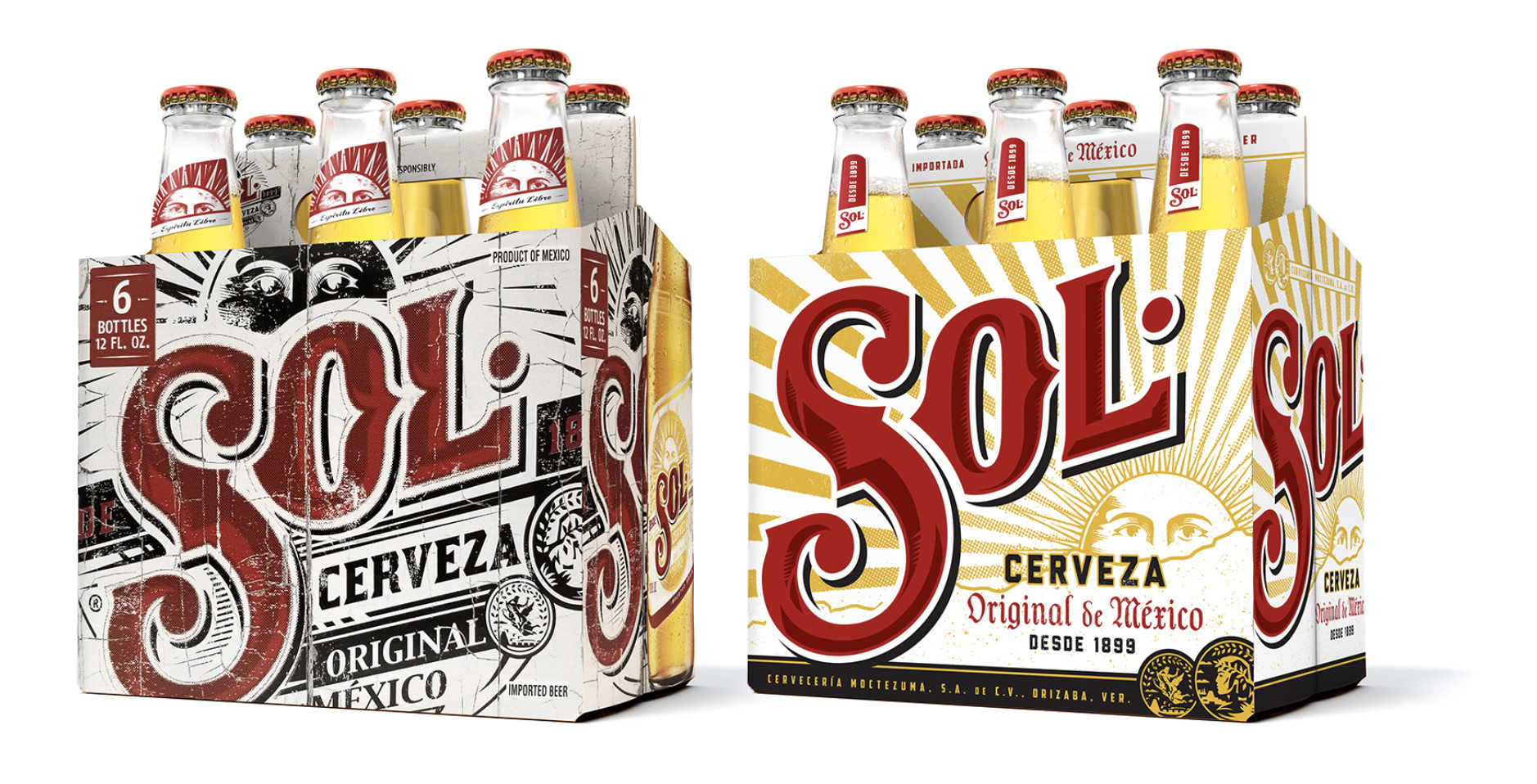 The team also added stylized medallions, which are a nod to the awards that were given to beer companies at the turn of the century. These can be seen on top of cans and on the bottom of packs. Also included on the beer packs is the line ‘Original de Mexico,’ showcasing the authenticity of Sol. 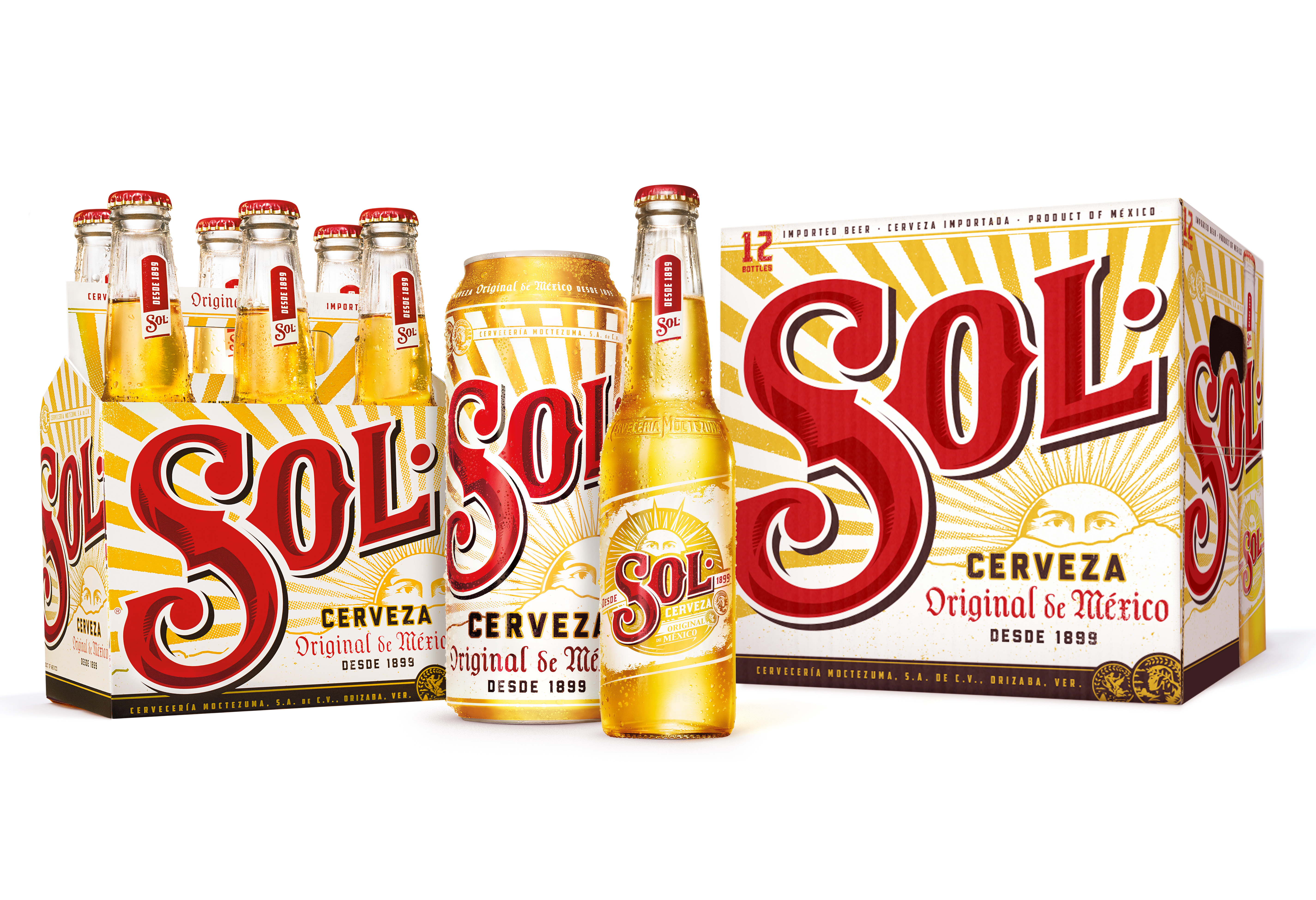 This redesign captures Sol’s 119 year-history and it’s Mexican heritage. “We wanted to leverage the brand’s heritage in a really meaningful way to create a strong sense of place by drawing out the colors and vibrancy of the heart of Mexico,” says Graham Ebetsch, senior design director at Soulsight.

This new brand identity can be seen throughout Sol’s bottles, 12 oz. cans, single serve 24oz. cans, and six-pack and 12-pack cartons. It can also been seen at events and festivals, in store POS systems and 2019 holiday rollouts. 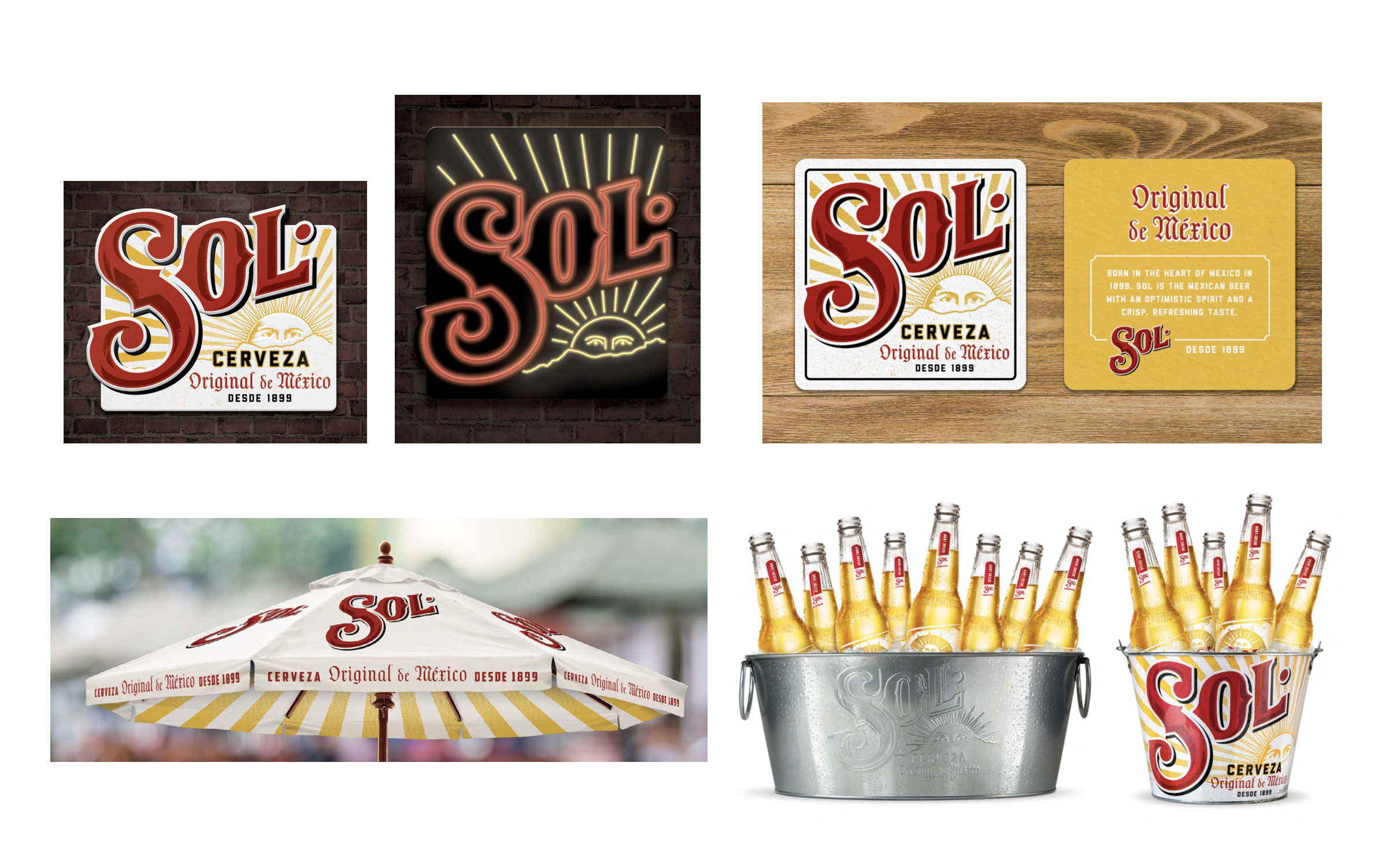 “With the brand having such a rich, consistent design history, it would be a total miss if we did not restore its heritage-inspired iconography and bring it back to the United States for this relaunch,” says Hitch. 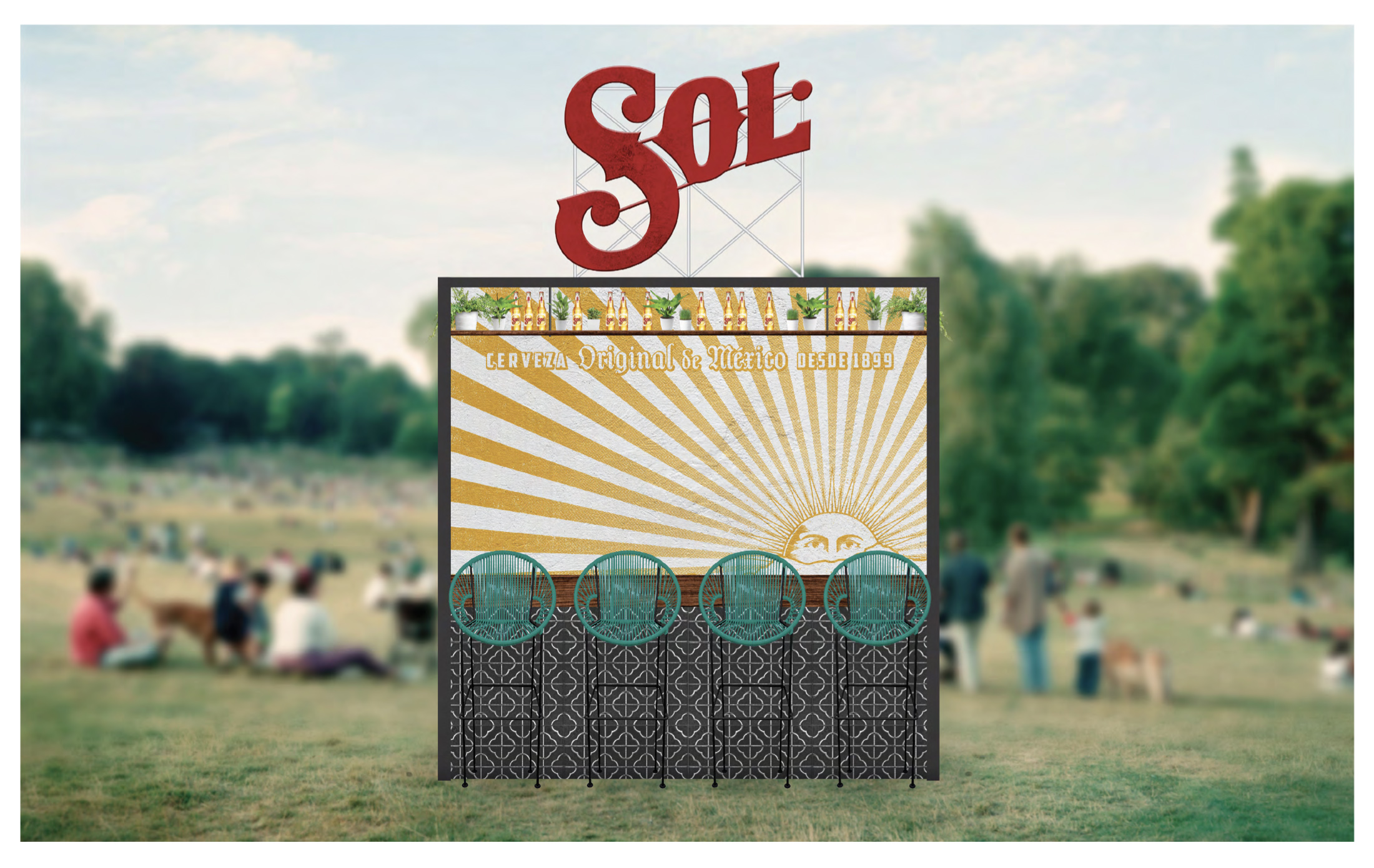