A new publication out of London, UK celebrates the intersection of art, design and culture

Feast your eyes on this new production-heavy project out of London, UK’s Moon Man Studios. The creative agency launched its own culture publication, Moon Man Magazine, last fall with the goal of it becoming a collectible object. The book is published five times a year with limited runs, and will feature a design element once readers collect them all.

Anna Peftieva, founder of Moon Man Studios and creative director/editor of Moon Man Magazine, chatted with us about her firm’s new venture.

Tell us more about Moon Man Studios, your creative agency, and what kind of work you do.

Moon Man Studios started with a focus in photography (founded by the Eastern European answer to the Olsen Twins) with the ambition of always expanding into further aspects of art, fashion and publishing. I think it's fair to say we have a particular style and we like to infuse it into many different creative fields.

Why did you decide to start a magazine?

The idea of a creative magazine has always been something Moon Man wanted to explore. We wanted to raise our voice—in a very particular Moon Man kinda way, [with] an orchestrated collection of all those things that make us appreciate print. We also wanted to pay tribute to work that has been published and/or exhibited previously, aiming to demonstrate the longevity and the rewards of high-quality art. 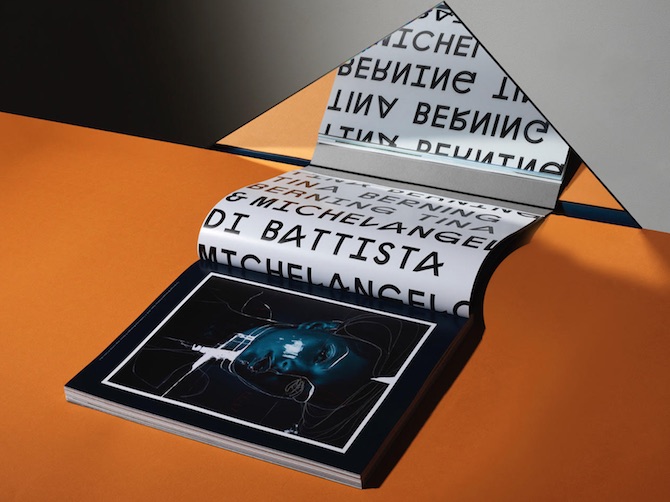 How did you develop your line-up of featured artists, and how do you plan to approach this going forward?

The immediate persuasion was African art. From there we began to infuse foreign projects that balanced out the ideal Moon Man exhibition. We wanted the first impression to be colourful, eclectic and international. Our debut issue (Edition E) shines a light on Viviane Sassen, Lorenzo Vitturi, Michael Wolf and Namsa Leuba, alongside Cathleen Naundorf, Guy Bourdin, Helmut Newton, Nick Knight…the list goes on. Edition E is definitely an exhibition worth checking out. Moving forward, we hope to continue profiling our existing contributors, along with the endless list of astonishing visuals we have yet to share, discover and explore.

What were some of the design risks you wanted to take with this magazine?

The biggest design risk was probably the text layout/design. The project’s restrictions were fairly inflexible on that. The intention was to present articles in a graphic way where without reading it, one could still appreciate the body of work.

What were some of the challenges you had, design-wise and production-wise, and how did you overcome them?

Time [was] an obstacle…it was very helpful for us to launch a limited-edition promo before the launch of our official magazine. It was through that experience that we were able to know how to move forward with more confidence.

Why did you decide to do 10 covers for the first issue? Will that be something you continue going forward?

We wanted the cover to have an experience within itself by selecting several images we were able to create a variety and a mystery. This project will exist for the duration of five issues. Ten covers seemed like a nice solid digit to hit. We're open to experimentation...stay tuned!

Can you discuss the production finishes in more detail?

It was important to approach the design of the magazine from a fairly “abstract” perspective. There are a million different ways to approach an experience of print, and Moon Man aims to explore those different angles. [It’s] an homage to the early days of ripping out pages and plastering the decorations around available walls. We are essentially a portable exhibition. In a nutshell, Moon Man features hand finishes, die cut, blind emboss, brail detailing, blind de-boss, white ink, spot varnish and a variety of paper types. [It’s] a very full-on, fairly unusual platform and ultimately something we are all very proud of. The end result is that hopefully more people will become aware of extraordinary art, its wonderful accessibility and the fantastic institutions which represent it.

Where can we find the magazine?

Moon Man Magazine is available in limited quantities from selected stores through Central Books (UK). Anyone in London can grab the early copies from Serpentine Gallery/Artwords. A few editions will be scattered around Europe, Africa, Asia, North/South America. Moon Man is also available through moonmanstudios.co.uk.

Our target audience is anyone who appreciates inspiration. 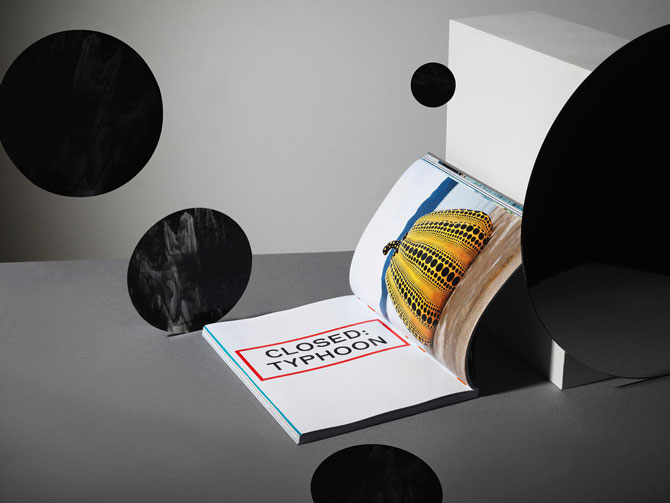