Q&A: Bringing Your Whole Self 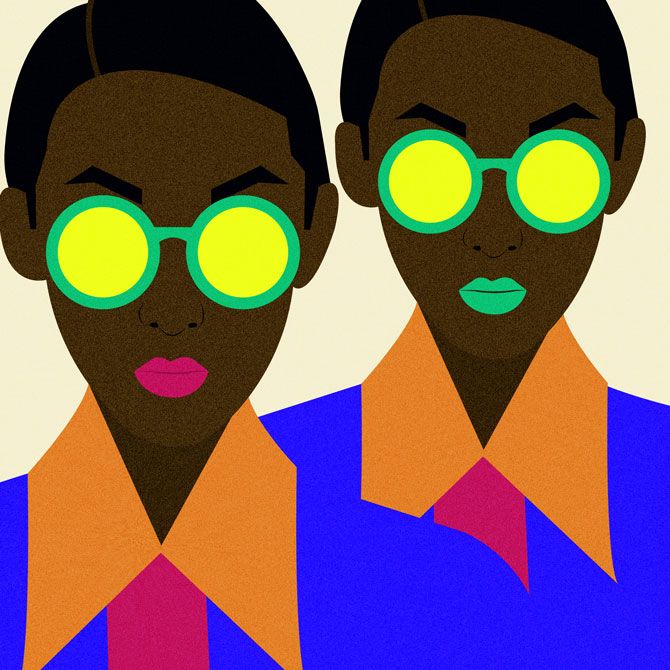 An interview with designer and maker Laci Jordan

This is the third in a series of Q&As in which art director Joel Derksen chats with international designers about their craft. Also be sure to read his interview with Barbara Franz, senior design lead of IDEO, and his interview with Rod Judkins, University of Arts London professor.

Ethics, politics, passion and personality are inseparable, says LA-based designer Laci Jordan (@solacilike). Jordan got her start with Walt Disney’s Blue Sky Group and now is a designer, activist and passionate creator. She talks with us about working with purpose—and why you should embrace your ethics.

Joel Derksen: Why is having a point of view—and putting it out there—so needed today?

Laci Jordan: There’s a huge wave of “group think” and a huge wave of constant comparisons. There’s an abundance of smoke and mirrors and it’s hard to determine what’s authentic. I was scared to put my work out there in fear that it wasn’t good enough or because I would compare myself to others. Then I realized I have a point of view that others agree with.

Someone is waiting for you to say that thing you’re afraid to say.

Social media can intensify or create insecurities, but it’s great at uniting people and bringing visibility. While black artists (especially black women) are appearing more and more, it’s a small pool compared to the majority. It’s my purpose to put out my point of view—especially for people that look like me. My perspective comes from life and black culture. I believe in creating things that come naturally to you. 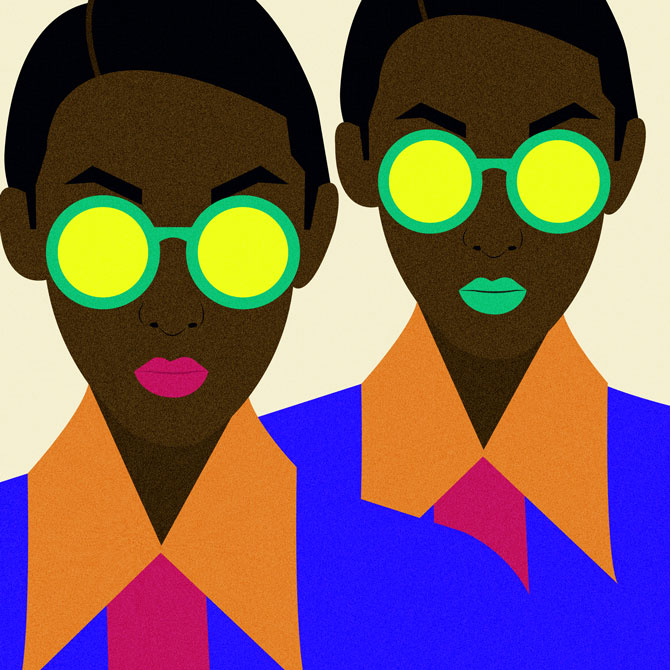 JD: As a paid professional, should a designer leave their politics and ethics at the door?

LJ: I totally disagree. I understand my job is to service the client, but you don’t just hire a designer to make your visual fantasies come true. You hire me to be able to think strategically and creatively, and to bring my full self to the table. I won’t participate in anything that goes against what I believe ethically.

Politically, I’ve learned to pick my battles and know when to indulge in a conversation and when not to. There was a time where I heard a high-level colleague use a racial slur. It was one of the hardest things to do in my career, but I could not stay quiet. I had to speak up for my colleagues and myself.

You don’t just hire my ability to use the Adobe Suite, you hire me for all of me—ethics and politics included. 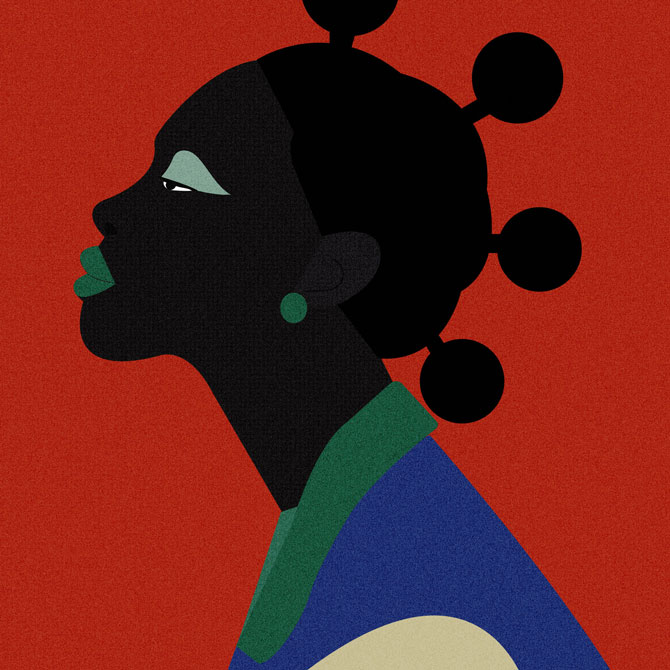 JD: What advice would you give for those wanting a stronger political stance in their work?

LJ: Honestly, just do it! One thing you have to realize is that everyone has a specific voice and style. My good friend Nikkolas Smith has such a sweet, caring, soft-spoken, but determined spirit. I can see that in his artwork and the language that he uses when promoting his projects. It’s politically correct but stern. The main advice is just to start and keep going until you find your voice. It may take a while and that’s okay. 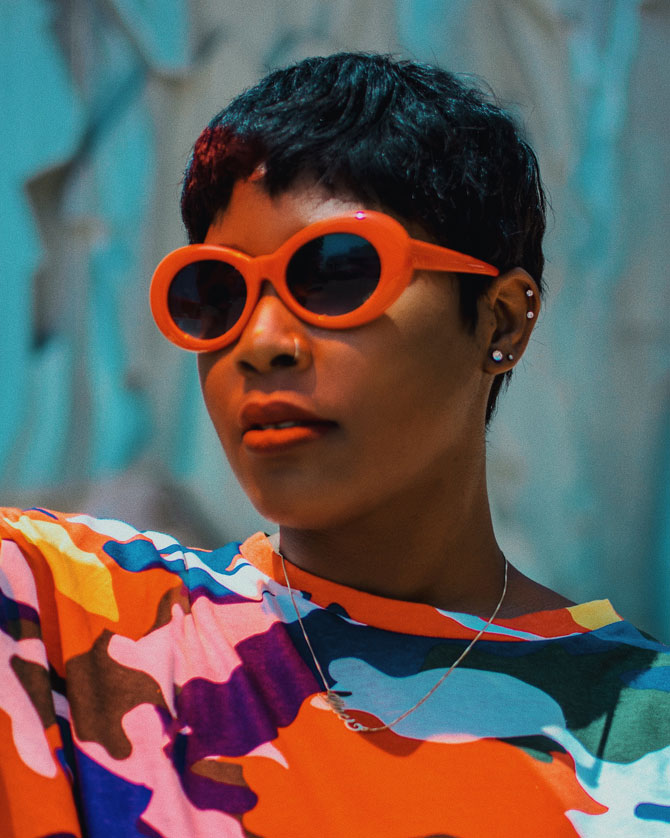 JD: You create across a range of mediums, directing photo shoots, developing your own illustrations, and even creating pins. Is there a unifying philosophy to your work across mediums?

LJ: It’s all the same voice and personal perspective, but there are elements that keep a similar theme. I’m a huge fan of colour and it’s become a huge part of my work. I use geometric shapes—there’s no deep philosophy behind it, just something I’m really drawn to. I’ve started using my own version of a camo print, which I’ve coined “LaciCamo,” prononunced “Ferragamo” (laughs). Finally, framing. Most of my illustrations and designs fill the frame. 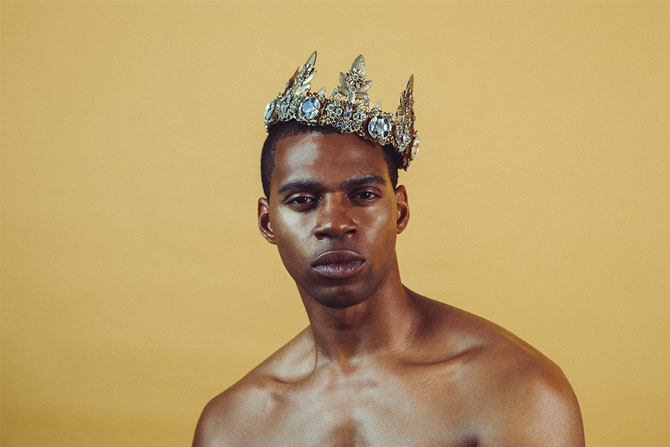 LJ: I never knew the entire quote: “A jack of all trades is a master of none, but oftentimes better than a master of one.” Design is my foundation and now that I dabble in different areas I’ve realized that those principles roll over into different disciplines. I compare it to being the head of an orchestra: in order to properly direct you need to know how every instrument works and how things come together. That’s what makes an excellent creative director. 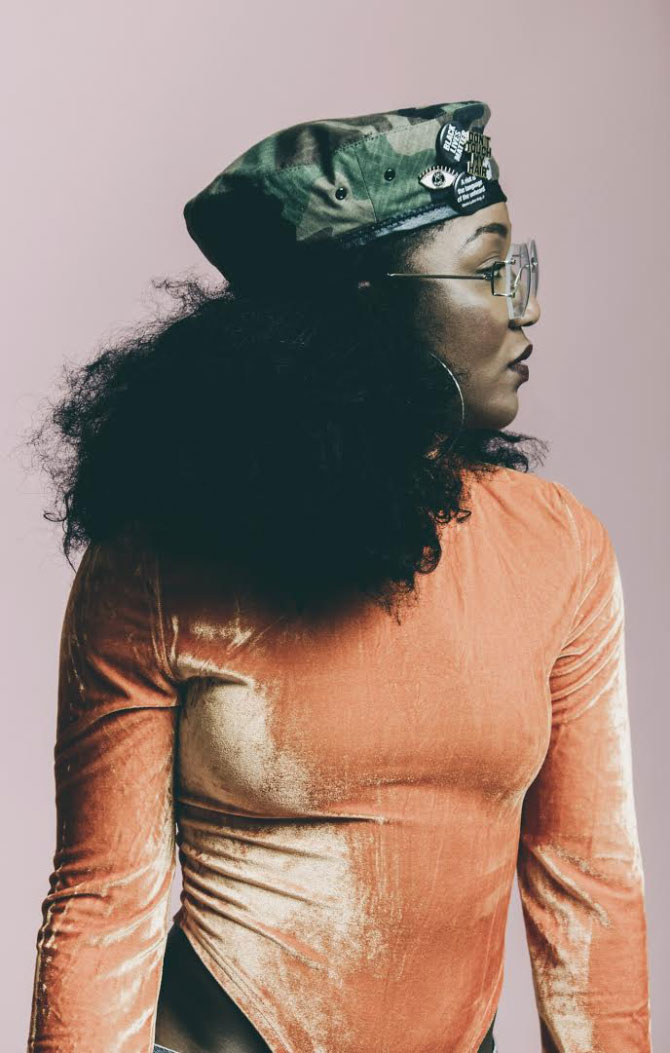 JD: With so much going on, what’s inspiring you and driving you forward?

LJ: Lately, it’s finding my purpose in the design world. I want to be able to consistently create with a purpose—social or otherwise. I’m looking for freedom to design things and the ability to ideate.

I used to work in the Blue Sky Group at Walt Disney Imagineering, where I learned one of my greatest skills—the ability to think about big ideas that can potentially disrupt culture.

Recently, I’ve discovered this untouched community of creative people of colour (especially millennials) so I’m on the hunt to figure out how inspire, share information, and elevate this demographic in a way I’m not seeing at the moment. For instance, Refinery29 just created a page called r29 Unbothered, a page dedicated to millennial black women. What does an r29 Unbothered collaboration with the California African American Museum look like with all black women artists? I would love to help design and curate something like that. It’s that element of ideation, design and inspiration.

This interview has been edited for clarity and length. See more of Laci Jordan's work in the top slider.

Joel Derksen is a freelance art director and designer working in London and Amsterdam. joelderksen.com