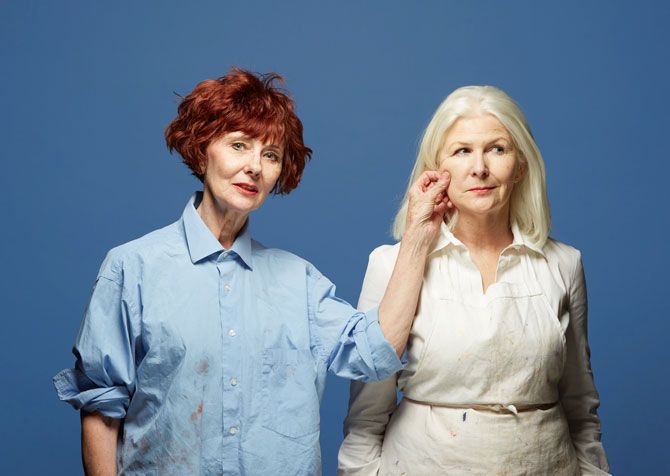 As with many passion projects, it was something in Natalia Dolan’s day job as an editorial and commercial portrait photographer that led to a great idea. While photographing women for clients such as Ryerson University and Google Canada, she discovered that the behind-the-scenes moments unfolding between her subjects and the friends they would bring on set as emotional support were of equal interest to her as the individuals themselves.

“There are so many different variations of friendship,” Dolan says. “And a female friendship is powerful—it’s something that could really outlive a romantic relationship.”

That concept, combined with a need to grow her business and promote her work, was all Dolan needed to bring the Girl Friends Project to life. She spends every second Sunday afternoon in her studio, shooting a diverse range of female friends that she’s come across through Instagram and her own online research.

Dolan recently chatted to us about what has made the Girl Friends project resonate—the project has been featured in Toronto Life, FLARE and Toronto Star, among other publications—and how it’s helped her begin to expand her client base. Another new venture, One Two Many, is also helping Dolan differentiate herself in market. 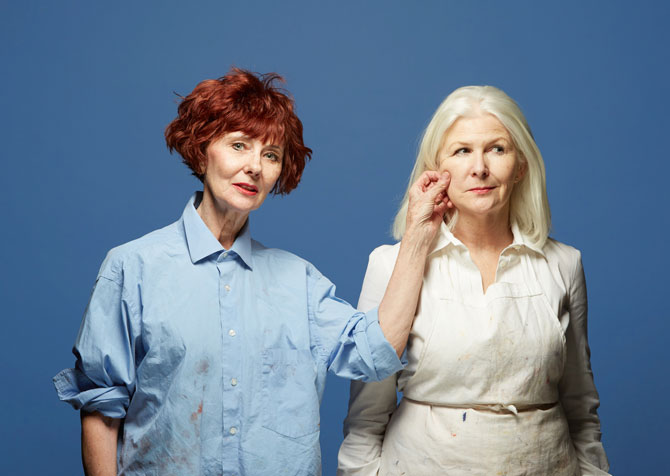 In addition to your regular portrait photography, you’ve started One Two Many, a female subject–specific offshoot of your studio. Why?

While I love photographing subjects from all different backgrounds, I feel the greatest creative connection to the females I photograph, perhaps because of a genuine sense of relatability. It’s also important to me to keep reinventing and shaping what I do in various ways. It keeps me excited about the work in an industry that can be draining if you let it be. It’s important to me and to the clients I like to work with that adapting and standing for something matters to people to connect to a business. And, given everything that’s happened with regard to equality and gender in the last two years, I felt that branding and packaging it up was good timing in terms of what I wanted to contribute to the space.

How did that lead to you starting the Girl Friends Project?

With One Two Many, there was a lot going on behind the scenes with women bringing their colleague friends and goofing around on set. I started to pay attention to some of the themes that were going on in every kind of workplace in terms of friendship. It was something that I wanted to pay tribute to.

But there's a whole other business side to it. I have to be really thoughtful about the kind of clients that I want to attract and how I want to make my money. What kind of imagery do I want to put out there? This is the big-picture, religious stuff. What am I really doing this for? With [creatives], it's really easy to get caught in the wheel of just taking any client so you can make money. And I don't want to be like that. So I thought, why don’t I do something on Sunday afternoons at the studio that I can use to showcase myself to future clients, to show them that I can do anything that’s people-based or campaign-based. It was a good bite to show clients that I am idea driven. The Girl Friends project has been a reaction to a professional challenge.

I wanted to showcase female friendships that were born out of groups that are at the forefront of positive change, whether as part of organizations or as individuals. For instance, there’s two teenagers who met at the Girls Learning Code hackathon. Or the sisters who started the Hijabi Ballers to show that Muslim girls do sports, too. So it’s been an opportunity to showcase stories, and the importance of female friendship and the power within them, but then there’s this whole other thing—look at this exhibit of Canadian initiatives happening. It gives me an opportunity, wearing my business hat, to get on the radar of these people I want to do work for. It has dominoed into work because these organizations are saying, “We should be doing that. What can we hire you for?” 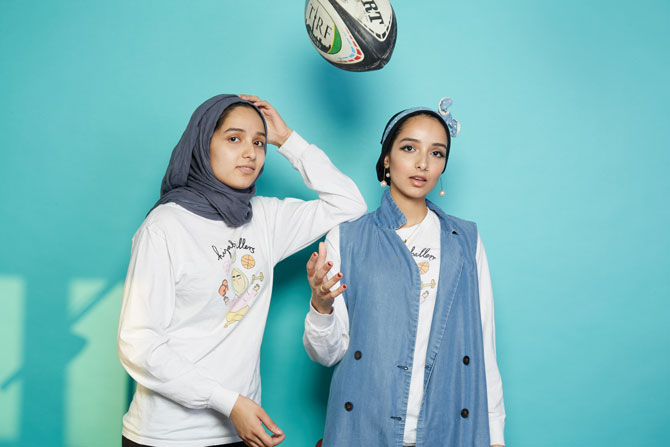 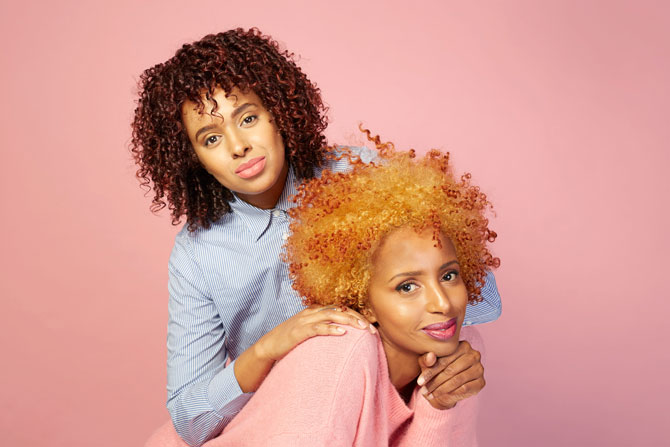 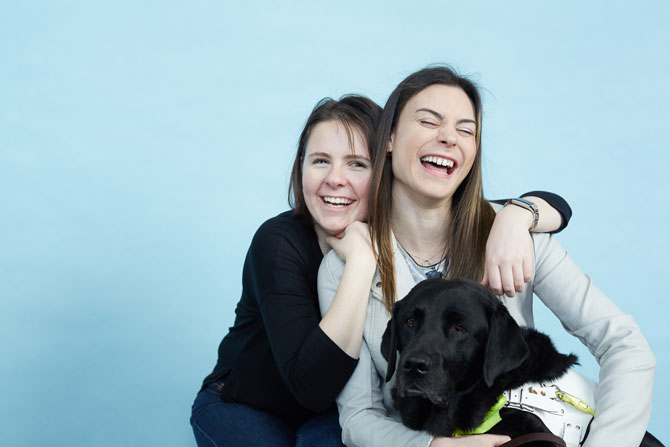 You mentioned that the Girl Friends Project has been a reaction to a professional challenge. Can you elaborate more on how you’re working to overcome that challenge?

I've always been told that photographers need to get a promo together and mail out a four- to five-page spread of your work. And I'm like, really? Every designer and agency I speak to—they tell me that they take that paper, say, “That's nice” and they put it in a drawer. Working on the Girl Friends project has been a response to that, because it's like, how do I stand out? How do I attract the clients I want? How do I show people that I'm idea-driven? How do I show them what they can do for their business? Of course the project was something that I always wanted to do and it was important to me. But you have to do something that is timely that people are interested in.

Clients will bring someone else's Instagram account to me and say, “We want this. Can you do it all like this?” Okay, well where's your idea? And where’s my idea? And where do we make this special and into something unique for you to sell your brand? Now people want a library, too. They want as many images as possible so they can fill a social media platform for a long length of time, and they want it quality and they want it genuine. So this project was a response: Okay, I can do that. I'll give you a thousand friendships—but everything about this is that it’s going to be the best margherita pizza you're ever going to taste. I'm not going to be the restaurant that gives you all the options.

As far as the style of the photos goes—they’re joyous and celebratory. What else were you trying to achieve?

My style of photography is very colourful and quirky. But the main thing that I try to capture is authenticity and genuineness. Even though each photo is carefully curated and crafted, it has to feel effortless. So it’s a combined effort of me and the subjects, no different than shooting individuals—only this time, there’s a willingness to play and let the guard down completely. I sometimes react to something the friends have decided to do, and other times it has to start from a more orchestrated place to give them a starting point to develop that creative dance between me and the friends. It’s ridiculous fun, but it’s really careful how that’s executed. 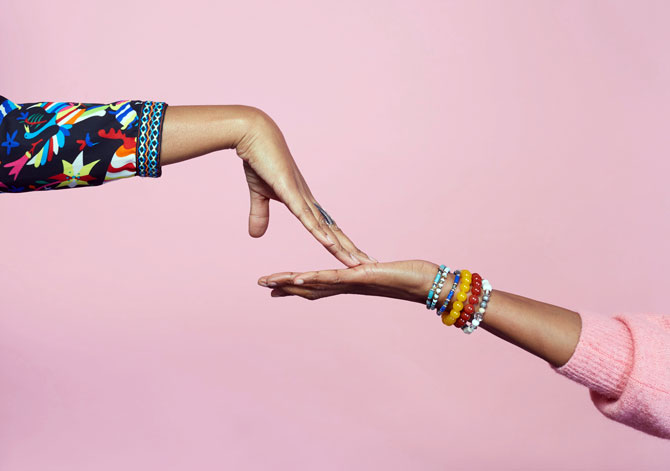 What equipment are you using?

I shoot with the Canon 5D Mark III. I use Sigma Art 50mm 1.4, Canon 70-200mm 2.8 IS II USM and a Mola Demi light dish. When it comes to technology I keep it quality-driven, but very minimal. Idea first, technology after. I like toys, but I invest very smartly in what I need.

What’s been your favourite story that’s come out of this?

There’s two girls, Ze and Maïna, who both shaved their heads in the same afternoon. Ze wanted to shave her head since she was five. She's 28 now. One afternoon, she just decided to go for it and she called up her friend and was like, “Hey, I'm in the middle of doing this, can you come over?” Because obviously it’s an emotional thing. So Maïna comes over and films it and then does it to herself just to support Ze. It’s this ordinary stuff that’s exciting for me. How relatable we are. 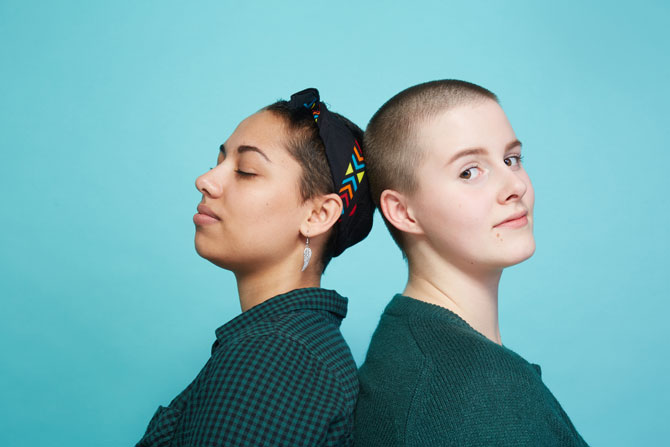 Is there a message beyond that you hope the project conveys to viewers?

Friendships are kind of under the radar. They’re not something that you and I might think about every day, but there's power within them. With the #metoo movement, for instance, the women who are sharing these stories of what happened to them—they're encouraged by a friend who's next to them saying, “Yeah you should do that. You should definitely get up on the podium and tell that story.” It's not like one woman gets in front of the mirror one day and is like, “Yes, girl.” It’s another girl behind her saying she can do it. And that's even beyond the #metoo movement. Females do this on a daily basis. It’s a dependence that’s really underrated.

What are your plans for the project going forward?

I'm going to start to photograph things outside, with a bright blue sky and cherry blossom trees. I'm going to season the project and give it a different look every time. And video too—I'm starting to do some drone footage with a gimbal to create mini ads for the project. I need to constantly be getting better. And I'm not going to do that if I'm shooting the same portrait with the same lighting every time.

I'd like to follow up on these friendships eventually, maybe in 10 or 12 years, to see where everybody’s at and if they still talk to that person. There’s that famous Brown Sisters project [by Nicholas Nixon], where the photographer shot his wife and her three sisters every year for 43 years in the same pose. It just hit me. It’s the simplest thing to shoot and just has so much depth to it. That’s something that I'd like to do down the line.

I’d also like to shoot the Girl Friends Project all over the world—imagine photographing female friendships in places like Kenya, Iceland, Nepal, Mauritius and so on. From an artist’s perspective, I think an exhibition would be nice if I can work alongside sponsorship partners who I feel best fit the mission. But I see it much bigger than a “buy the book, see the movie” type thing. It’s got a lot of potential for where it can go, but part of the fun is to keep working away at it and the magic will come—I mean, in some ways it already has. Two months ago, I decided to start it at my studio on quiet afternoons on Sundays, and now look what has happened.

This interview has been edited and condensed.

View more of the Girl Friends Project below and in the top slider. 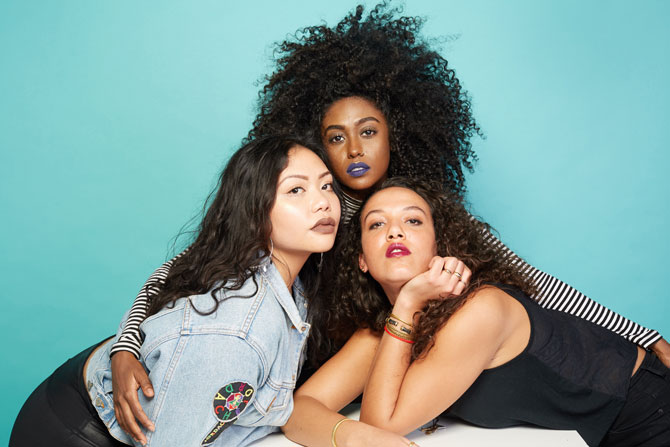 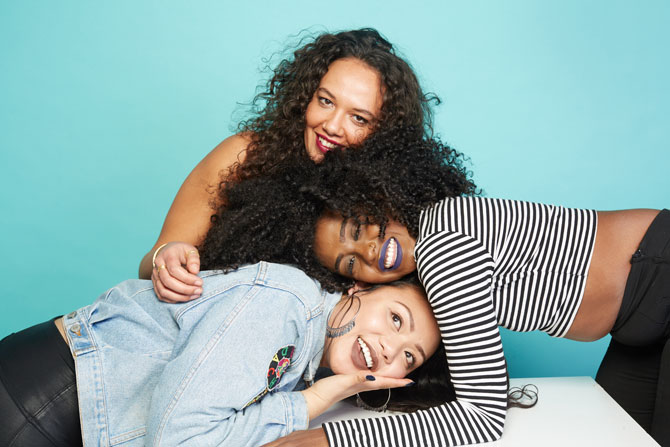 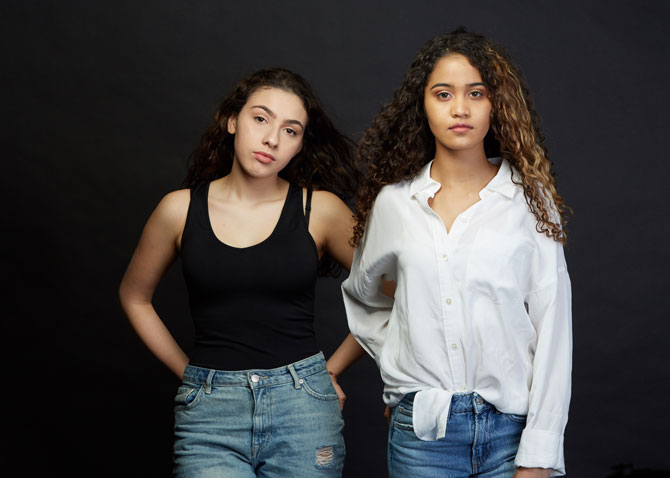 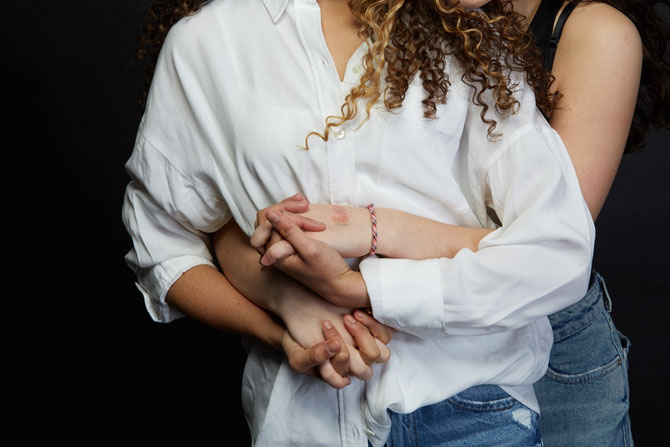