The risk paid off! 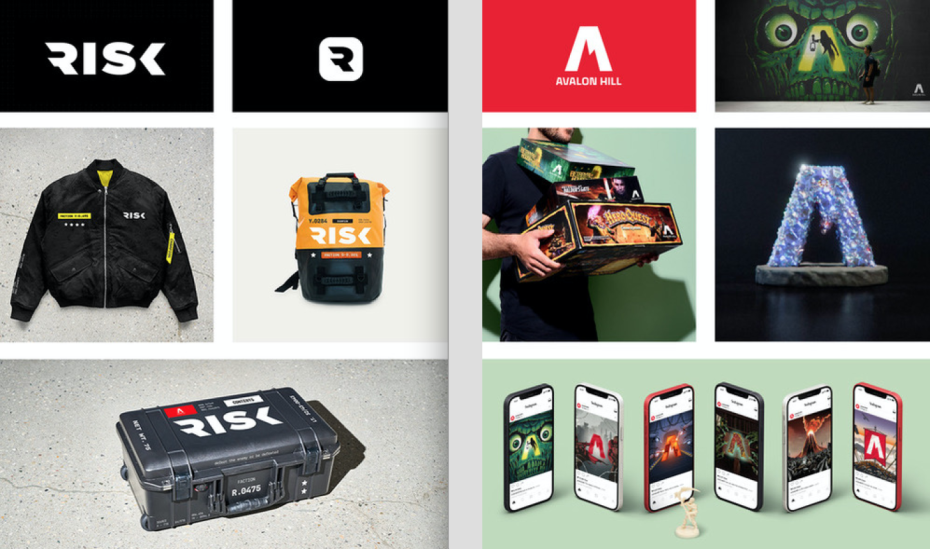 Quake, a design-based creative agency located in Toronto, were tasked with the re-brand of Hasbro Games iconic game boards, Risk and Avalon Hill. Given the recent surge in the popularity of board games, Hasbro Games decided it was time to modernize the visual identities to match the fan experience.

“Risk and Avalon Hill have amazing histories, but we found the opportunity of their futures even more compelling. These are brands that people passionately love, and they are anticipating changes in their market and preparing for them. That’s the type of opportunity we love to be a part of.” So says Quake founder Barry Quinn. "These projects build on Quake’s strengths in working with fan-favourite brands."

Later this year, a new Risk Legacy game called Shadow Forces will be launched. It takes place in 2050 and deals with rising seas, viruses, firestorms, extreme weather, misinformation, and nefarious factions vying to control the future of an incalculably powerful energy source. Quake was asked to create a new visual identity for Risk that would telegraph the contemporary nature of the new game and set the brand up for the future. Risk also needed a mark that could stay consistent and be unmistakable across many different game scenarios.The current logo lost the horse and flag and was reimagined in a clean sans serif that looks at home in the future battlefield of screens and technology. The rest of the brand-world was brought to life with animated video content an gear and swag for each future faction.

In recent times, audiences for strategy games have broadened, and game themes have become more varied, social, and inclusive. Avalon Hill’s board games and audience had evolved, so it was time for the logo to do the same.

The Avalon Hill identity needed to connect with the gamers that would create the next chapter of success. It needed to be bolder and more graphic. As a master brand, it had to play nice with the aesthetics of strong game brands and emerging technologies. Lastly, it had to be visually comfortable with a greater variety of game worlds and audiences.

Quake produced a stylized ‘A’ with an embedded jagged hill that would become the visual shorthand for the brand name and turn it into a canvas for each game’s world.