Rethink Has Too Much Fun with Playland 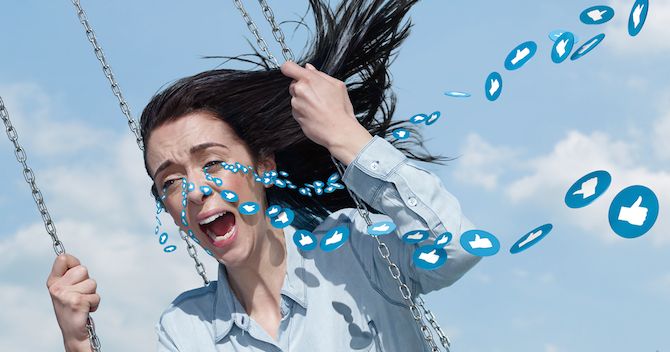 How do you communicate the universal feeling of fun? Emojis!

In their newest “Too Much Fun” campaign for the amusement park Playland, Rethink uses the universal language of emojis to tap into the theme park experience. 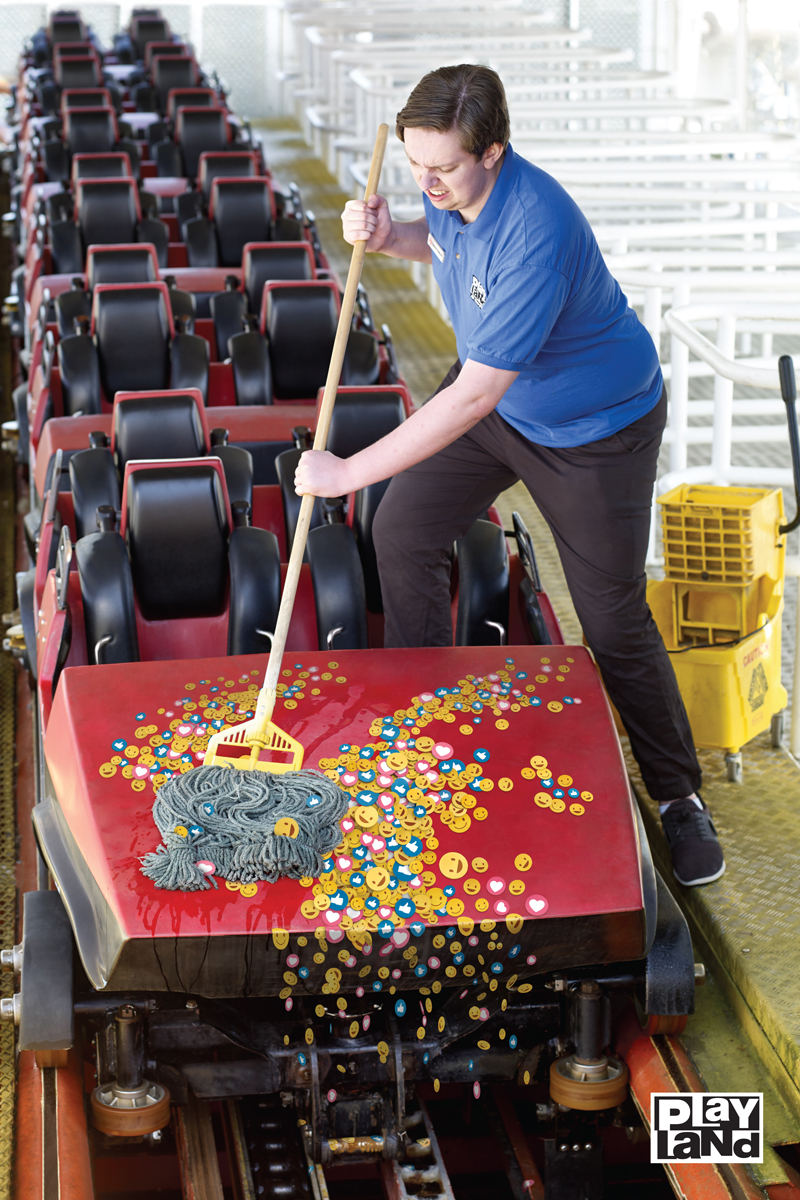 The campaign includes five videos, a stunt billboard, decals and printed posters all using emojis to express the range of feelings you experience at Playland. Emotions from excitement, nervousness and even sickness can be seen throughout. Take a look at one of the videos below.

“Playland is one of those places where, sure, you might scream tears of fear or throw up after one too many rides on the Beast… but even if that happens, you’re going to have a great, memorable time,” says Sean O’Connor, associate creative director at Rethink, in a release. “The use of fun, positive emojis was the perfect way to communicate that, especially to a young, social media obsessed audience.” 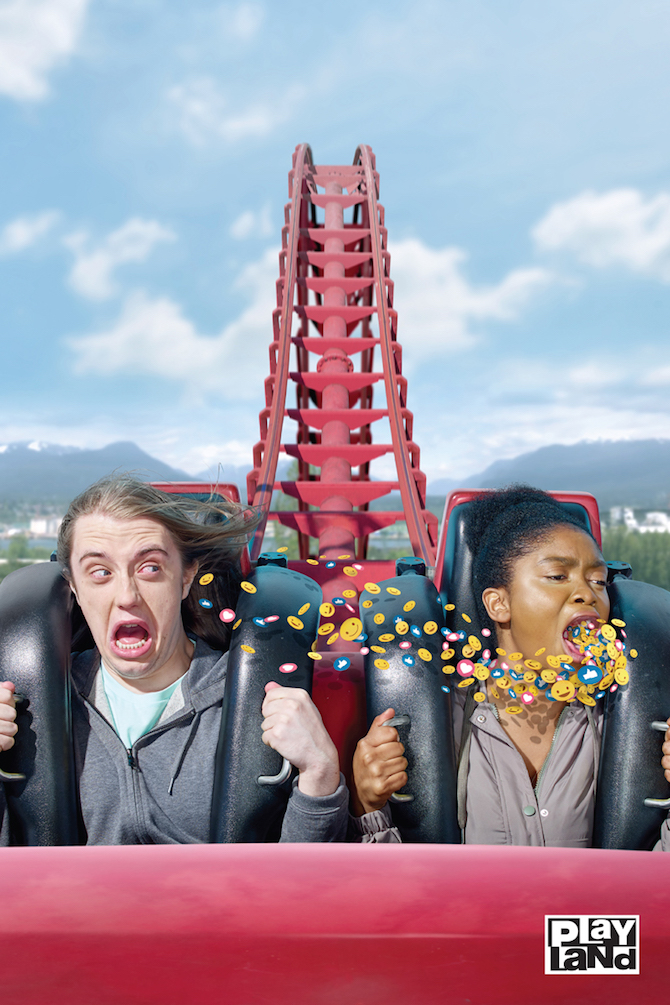 The posters show amusement park goers crying thumbs up emojis and peeing smiley faces. The emoji decals are posted near transit stations and stops to get more attention. 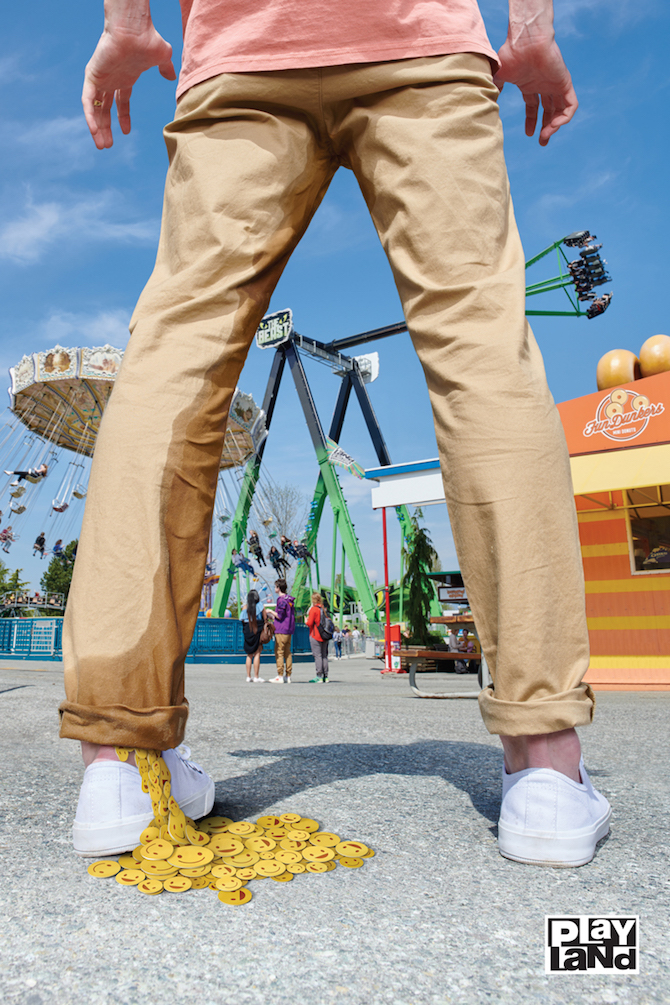 Playland, which is Canada’s oldest amusement park, and Rethink have collaborated on a number of ad campaigns throughout the years. Most notably, The World’s First Scream Choir and the Playland Hot Seat, which gave Twitter users total control over a rider at the park. 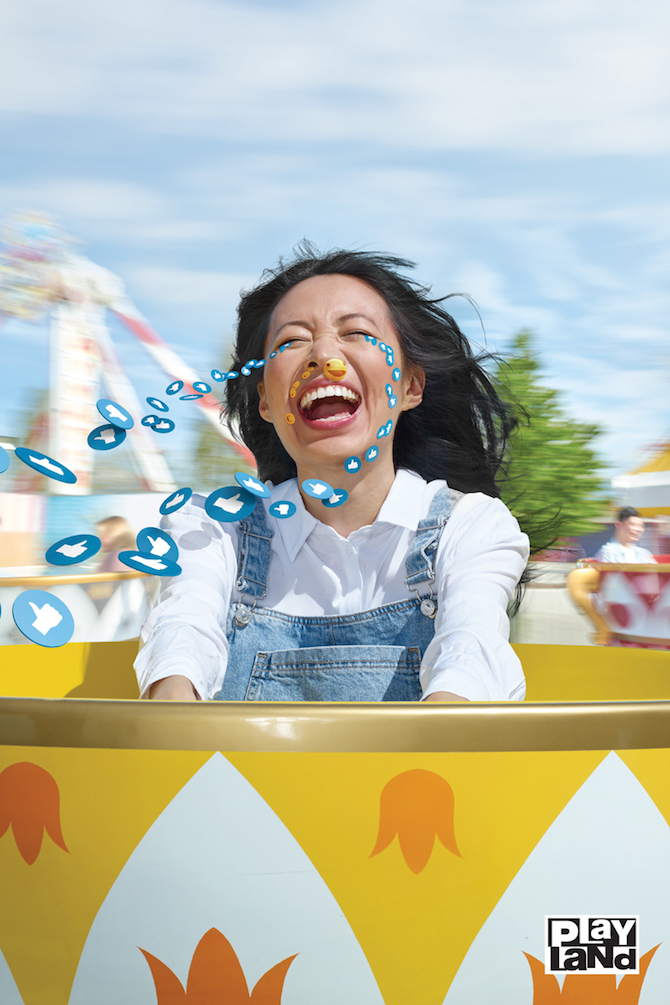 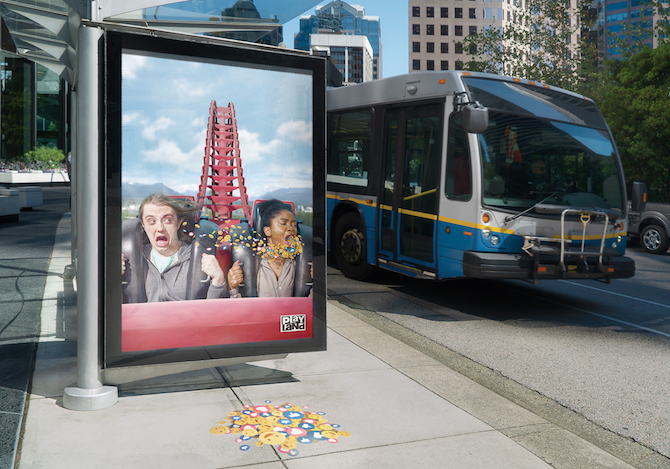 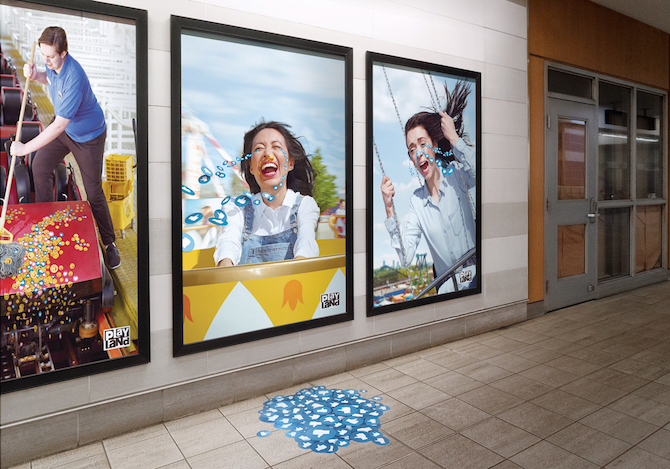