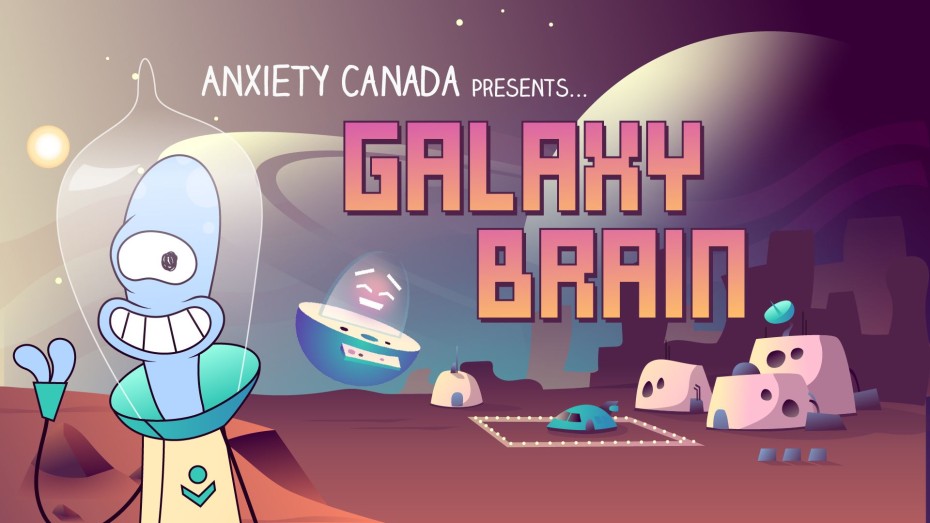 Mental health has made great strides to come out of the shadows of shame and misunderstanding. With everyone from Formula One drivers to popstars discussing their battles with mental health, and anxiety in particular, most people recognize mental health as a key aspect of our overall well being.

The last few years have been tremendously hard on everyone, and youth are no exception with the percentage of youth experiencing anxiety doubling over that time. With the pandemic taking learning online, lockdowns necessitating lifesaving isolation, a general fear of contracting the virus itself, and the general uncertainty surrounding the future, it is not hard to see why anxiety among youth is on the rise.

Anxiety Canada, a national charity that raises awareness about anxiety, wanted to reach the teens and preteens dealing with anxiety, but wanted to generate something that they would actually watch, because if you ever had to sit through a PSA as a youth, you too probably zoned out. Cue Point Blank Creative who created an integrated campaign with cartoons at its core that are funny and informative. The perfect mix.

“The pandemic has been challenging for everyone, but it has been especially difficult for young people,” says Judith Law, CEO of Anxiety Canada. “During this prolonged pandemic, they’ve had to make big adjustments and anxiety can really take over without a regular routine. We wanted to normalize anxiety for them and to recognize that it is perfectly okay to ask for help, with resources that are as entertaining as anything they would watch on TV.”

Featuring two cartoons, the first, Galaxy Brain (FYI we love a great meme pun), is a sci-fi parody aimed at a younger audience and features an alien living on a remote base dealing with the relatable realities of isolation with a supportive computer sidekick. The second cartoon, Time Travelling Pizza, is directed at teens and, naturally, features an anthropomorphic slice of pizza—named Chris Crust—travelling through time. He leans on his future self to show him that nothing turns out as bad as he imagines it will. Each episode of both series focuses on a different topic, like social anxiety, health anxiety, contamination OCD and more.

“It was a really unique creative challenge to make these complex issues funny and approachable, but also helpful and informative,” says Sam Bond, Creative Director at Point Blank Creative. “We spent a lot of time considering the two different audiences, and worked with kids of all ages in the early stages of the project.”