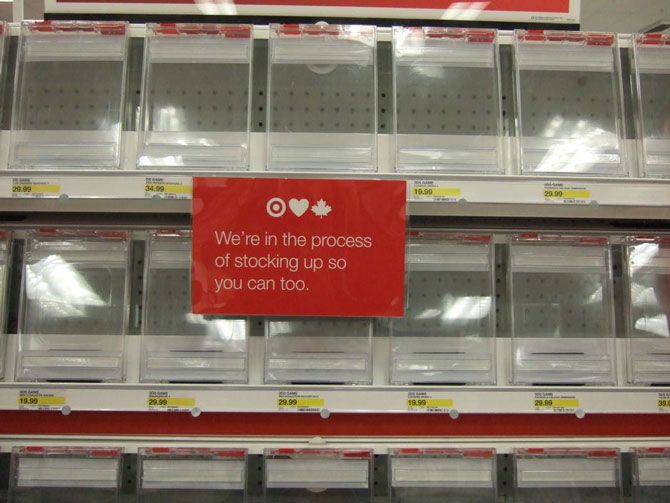 It’s been less than a week since Target announced that it’s quitting Canada and taking a $7 billion loss in what CNBC’s Jim Cramer called “the biggest blunder in the history of retail.”

The mistakes are by now familiar: supply chain problems, high prices, bad old Zellers locations, a useless website and inflexible planograms that stopped shelves from being stocked with anything but the intended merchandise — which meant, of course, that when the shelves went bare, they stayed that way. 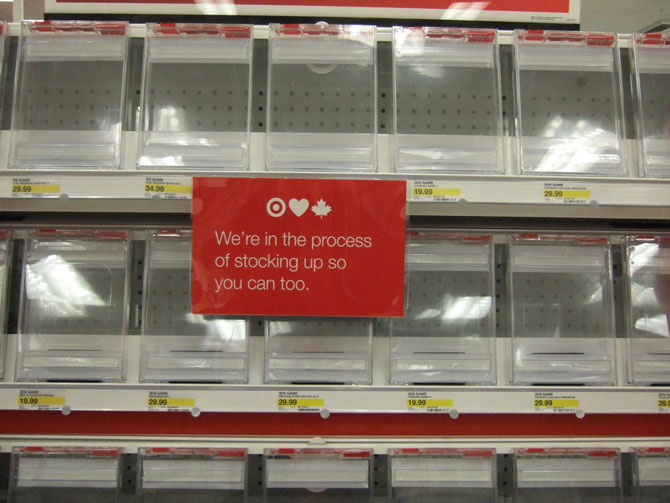 But virtually all of Target’s operational problems can be traced back to its neglect of its own brand — a brand that already had enormous goodwill among cross-border shoppers. In the minds of Canadian “guests” (Target’s euphemism for “customers”), Target was a wonderland of cheap chic and surprising finds. To succeed, Target needed only to replicate its fun and joyful self on Canadian soil.

But to copy and paste its brand in Canada, Target would have needed to treat its expansion as an exercise in brand building. Instead, it approached the move as just a very large real estate deal, apparently buying into the old joke that describes Canada as being simply America divided by ten. Did Target’s leadership really think opening 133 stores coast to coast in less than two years would be as easy as their launch spot implied?

The Target debacle supports the old saying that nothing kills a bad product faster than good advertising. Toronto’s kbs+ and other partners faithfully presented the Target brand, but could do little for a client so ill equipped to live up to the brand’s promise.

Target’s hubris is especially shocking given the pattern established by other foreign retailers here. IKEA has been in Canada since 1976, but has limited itself to eleven locations, never opening more than two stores in a single year. And while the U.S. luxury brand Nordstrom will have six stores in Canada by the summer of 2017, only its Calgary location is open today.

For better or worse, brands are as durable as a Ming vase and as stable as a house of cards. As the British ad veteran Jeremy Bullmore has pointed out, brands ultimately exist only in the minds of consumers. A brand is a consumer’s fantasy, and for the fantasy to survive and thrive, it cannot be too visibly contradicted by reality. As McDonald’s and Coca-Cola have discovered, a few quarters of bad press can change your brand from a symbol of carefree enjoyment to an icon of poor health and corporate greed.

The fatal error of Target was in growing itself beyond its ability to support the consumer fantasy. The hopelessness of its task finally became undeniable with Target’s release of its apology video last June. The presentation would have been depressing enough as an internal video, but as a piece of public communication, it was disastrous. In this strange collection of mea culpas from relatively low-level staff, Target Canada’s president was conspicuously absent. The two-and-a-half minute clip, which was never easy to watch, has mercifully disappeared from YouTube. But some of its most grating bits of corporate speak remain online, including this quote from Target Canada’s senior counsel: “Maybe we didn’t put our best foot forward when we entered into Canada. We had some disappointments when we opened. Certainly we think we disappointed our guests. But here at headquarters and at our store teams we’re working really hard to give everybody that unique Target experience.” A brand is about heart, soul and emotion — who on earth decided the best spokesman for this brand was their in-house lawyer?

Though brands are ultimately figments of everyone’s imagination, the consequences of a mishandled brand are very real indeed. Head office in Minneapolis lost sight of what the Target brand is about, and for that, its 17,600 Canadian employees will be punished.