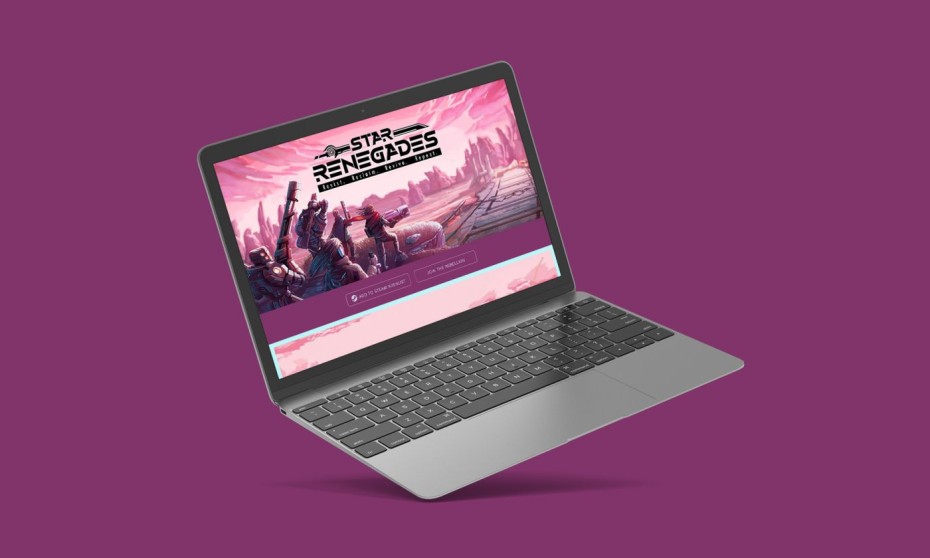 Stack Creative has teamed up with Massive Damage, to create a landing page and website for their new galactic video game, Star Renegades.

Stack needed to tell the story of Star Renegades while at the same time show off its features to users. To accomplish this, Stack used the same pink and purple hued pixel-art style that can be seen throughout the game. In total this project took “about six weeks to start and finish,’ says Stuart Thursby, founder and CD at Stack.

“The Star Renegades site demonstrates that it doesn't always take the most complex site build to create an engaging experience. We had eye-catching artwork to work with, and we made judicious use of looping short video files to demonstrate game features alongside some slight parallax in a few key areas. This combo of assets and development led to an engaging, dynamic, animated site that ultimately only used a very small number of individual components,” says Thursby.

Massive Damage is a Toronto-based indie game design studio run by Ken and Garry Seto, and they were the creators of the runaway hit, Halcyon 6, a few years ago, and the massive multiplayer hit Please Stay Calm before that.

Stack Creative launched at the beginning of May 2018, in Toronto.