Starbucks: Breaking Brand Promise, One Store at a Time

Turning a moment of truth into a lost opportunity 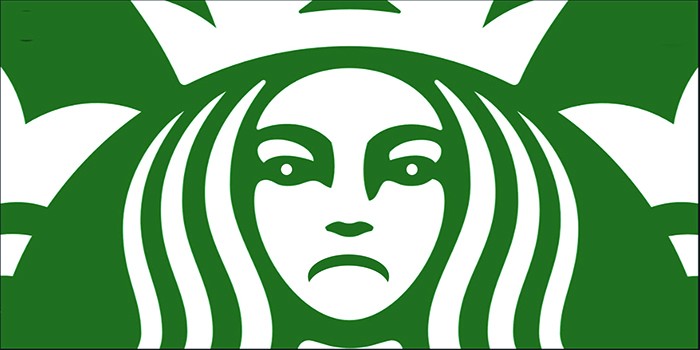 Back in 1997, Starbucks founder Howard Schultz wrote about his now-iconic brand, “The people who line up for Starbucks aren’t just there for the coffee. It’s the romance of the coffee experience, the feeling of warmth and community people get in Starbucks stores.”

That was then. Now, of course, you can have that experience in any number of the independent cafes that dot the streets and cover the corners of any urban neighbourhood or high street. In fact, if it’s the coffee you are interested in, Starbucks might just be the last place you will find it. Aside from the brewed black coffee they sell there, everything else tastes like hot chocolate to me.

But what if it’s the “feeling of warmth and community” that you’re after? That was the question asked by anthropologist Ian Cosh and 592 other residents of Hillcrest Village in midtown Toronto when it was recently announced that their local Starbucks would be closing. Even though the villagers started a petition and attracted the attention of major media channels, Starbucks brass has failed to respond.

The stonewalling by Starbucks has prompted Cosh to ask another question: “Was Starbucks really sincere about being a warm, community-oriented brand?” That may sound naïve in a world as jaded as ours, where annual surveys consistently report that if 75% of the brands out there disappeared today, no one would care. But Cosh bases his query on evidence, as he wrote in a recent article in the Toronto Star: “ At one table a mother plays with her toddler. Beside them, a young woman writes in her ESL workbook and two men talk business. Older adults read and knit. A steady stream of people is getting orders to go or pausing briefly on a break – office workers, nurses, firefighters, tradespeople, students, new immigrants attending a nearby employment centre.” It sounds like Schultz’s waxing romantic has actually come true at Hillcrest.

So why close it down? The Hillcrest store is profitable. The landlord wants it to stay. Why is Starbucks not responding? In branding, this is called a ‘moment of truth’. It’s a crisis moment that gives the brand an opportunity to right a wrong, to turn failure into success, and thereby delight its customers beyond their expectations and cement their loyalty. Starbucks has turned this moment of truth into a broken promise.

The petition did get responses, mostly from critics who chided petitioners as little more than corporate toadies. Why promote a big faceless corporation like Starbucks? Why not patronize the many independent coffee shops in the area? Anyone who has read Naomi Klein’s No Logo will be familiar with this company’s history of treating workers poorly, from farm workers to baristas and servers, with union-busting, poor working conditions and wretchedly low wages. One can see their point.

It turns out that Hillcrest is not the only store closing. There appears to be a thinning out of the dense cluster of Starbucks located in the heart of the city. Back in the nineties, when the company was opening stores at the rate of one a day, Starbucks’ strategy was to penetrate local markets – which already had lots of coffee shops – in clusters. The idea was to overwhelm competitors and force them to close, much as a WalMart would do. It worked for a while. But over time the small independents blossomed, each with its own unique character, challenging the corporate sameness of the caffeine behemoth with much better products and a lot more local charm. It may well be that Starbucks’ cluster strategy is no longer effective, and the giant just doesn’t want to admit it.

Whatever the reason, one thing is clear: at the end of the day, Starbucks has, in this case, replaced warmth and community with cold, hard corporate calculation.

Addendum: Just after this column was filed, Ian Cosh finally received an email fro Michael Conway, SVP and President, Starbucks Canada. The letter apologized for the inconvenience and thanked the community, but did not reverse the decision to close Hillcrest, encouraging patrons to visit other Starbucks stores in the area.