Canadians were the talk of the town at the Emmys Sunday night. One Canadian that you may not have heard of is Sheridan College’s Craig Henighan. He and his team of Sound Editors, Music Editors and Foley Artists, shared the Emmy for Outstanding Sound Editing for a Comedy or Drama (One Hour), for Stranger Things – Chapter Eight: The Battle of Starcourt.

Craig began his television and film career as a graduate of the Media Arts Program at Sheridan College in 1995. Since then, he has won a number of prestigious awards from industry giants such as the Gemini Awards, Genie Awards, Directors Guild of Canada, Hollywood Post Alliance and Motion Picture Sound Editors, to name a few. 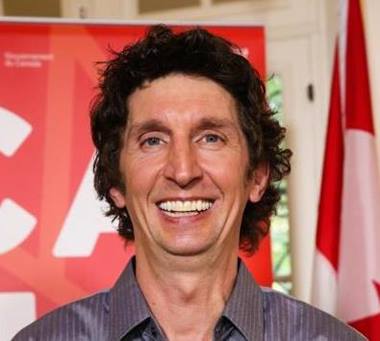 Netflix’s leading sci-fi drama, Stranger Things, with its cult-like following, is arguably one of the most recognized pieces of work that Craig has worked on. The show has garnered him eight nominations and awards since its launch in 2016. If you are one of the few people that have yet to watch an episode, Stranger Things views as a mix of nail-biting thriller and tension-filled horror. A large part of the show’s success is fuelled by the tension that is artfully created with the talent of Craig and his team and their attention to detail. Mundane sounds, such as the buzzing of fluorescent lights, become critical elements in the storytelling and amplification of suspense - sound essentially becomes a lead character. A sci-fi thriller without sound would be about as horrifying as a monkey eating a banana. Go watch Stranger Things with the volume turned off and tell me differently – I dare you.

On behalf of Stranger Things viewers and fans everywhere, I’d like to take this opportunity to thank Craig and all the other sound designers and editors on his team for helping scare the bejeebies out of us.

In addition, kudos to the Sheridan grads from the Faculty of Animation Arts and Design who were part of the Emmy-winning team that helped Schitt’s Creek achieve its historical sweep. |JF