BMO and FCB Invite the MSO Into Your Living Room

Last year, holiday traditions took a backseat to public health, but FCB found an inventive way to ensure one party played on.

The end-of-year holiday party is a way for companies to celebrate the year that was and the people that made it possible: their customers and employees. For the past 35 years, BMO has invited its customers and employees to a private Christmas concert performed by their longtime partner, the Montreal Symphony Orchestra.

But in 2020 the coronavirus silenced strings and hushed harps, as a ban on gatherings was enacted to abate the spread of COVID-19. The longstanding celebration, therefore, had to break with tradition to save it. In collaboration with BLVD, the 2020’s Strategy Digital Agency of the Year FCB Canada produced an augmented reality app that brought the symphony to your sitting room (or whatever room you wanted). Customers and employees could keep the tradition alive from the comfort of their couches.

“We were all keen to create something that was more than just a thank you video. With the many restrictions linked to the pandemic, augmented reality seemed ideal for creating what came closest to a real meeting with the musicians of the Montreal Symphony Orchestra. BMO really wanted to create a unique experience,” explains Sylvain Dufresne, vice-president and creative head at FCB Montreal. 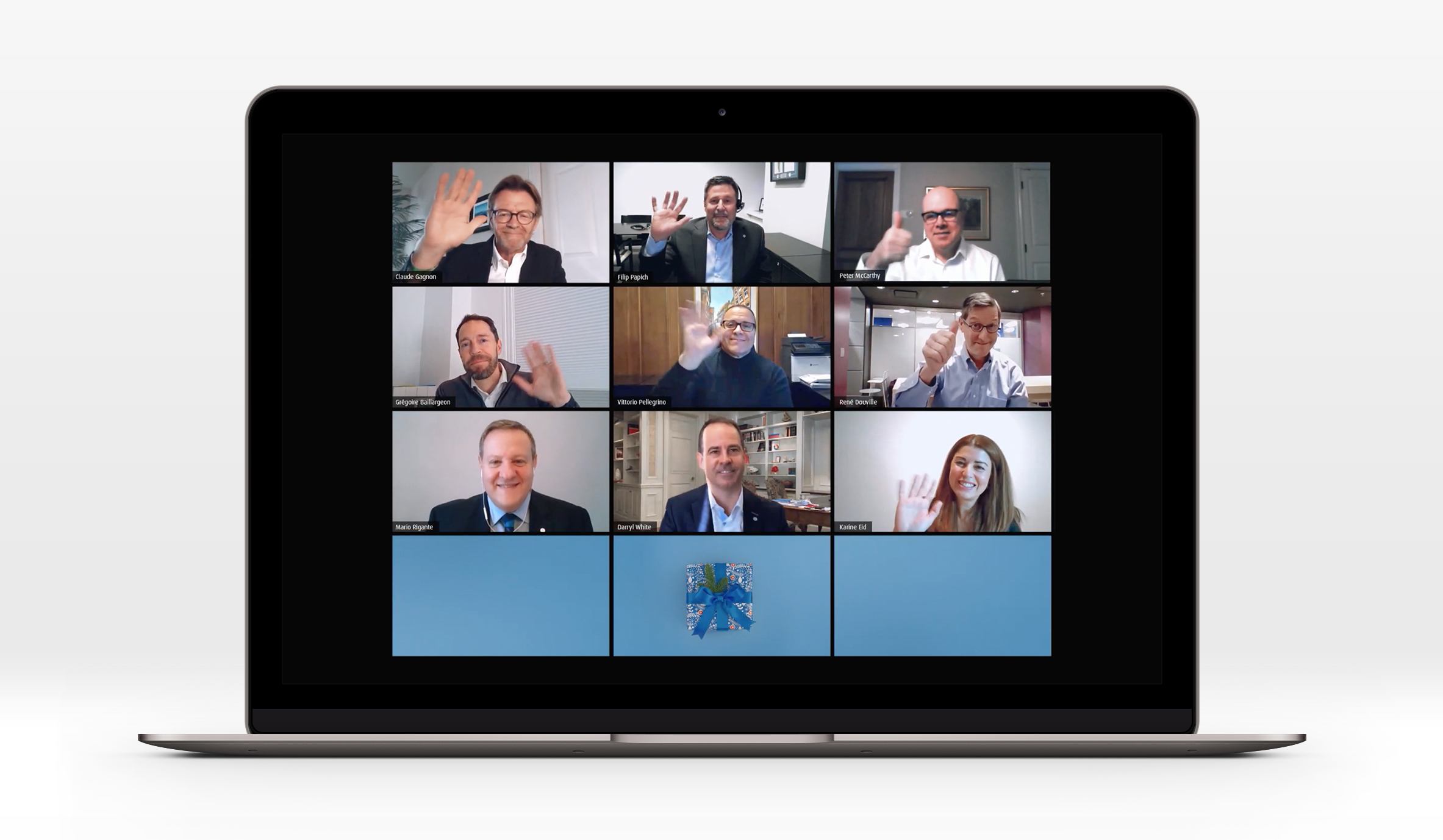 The immersive musical experience was accompanied by a Zoom video featuring all of the top BMO executives in Quebec, as well as Darryl White, BMO President and CEO, which served as an introduction to the concert. The leaders wanted to speak to customers and employees to show them their appreciation for all that had been accomplished in the past year. “It was unthinkable for BMO not to celebrate the importance of our customers and the undeniable contribution of our employees, particularly in the context of a year like this” states François Morin, BMO general manager, operations and public affairs, Quebec and Maritimes.

Hopefully traditions like BMO’s holiday concert will be able to operate in un-augmented reality in the near future, but it is a testament to creative ingenuity that agencies like FCB have been able to respond to an unprecedented challenge and add some much needed merriment and music to our lives.

FCB (Foote, Cone & Belding) is a global, fully integrated marketing communications company with a heritage of creativity and success dating from 1873 and was recently honoured by Adweek as the 2020 Global Agency of the Year. FCB Canada is part of the Interpublic Group of Companies, comprising more than 8,000 people in 109 operations in 80 countries (NYSE: IPG). FCB Canada was named Digital Agency of the Year in 2016, 2017, 2018, 2019 and 2020 by Strategy and is the most awarded Canadian creative agency at Cannes Lions 2017, 2018, and 2019. With operations in Toronto and Montreal that include FCB Health (healthcare marketing), Fuelcontent (content creation), FCB/SIX (CRM) and Segal, (licensing). Based on a deeply developed understanding of diversified local markets and global cultures, FCB focuses on creating “Never Finished” campaign ideas for clients that reflect a deep understanding of the brand’s past, a respect for the present, and an anticipation of the future potential. FCB Canada is proud to serve some of the world’s most admired brands including Air Canada, BMO, BMW, Clorox, Destination Ontario, the Ontario Lottery & Gaming Commission, Sobeys, The Home Depot, and McCain. To learn more about FCB Canada visit fcbtoronto.com or fcb.com and follow us on Instagram: @FCB_Canada