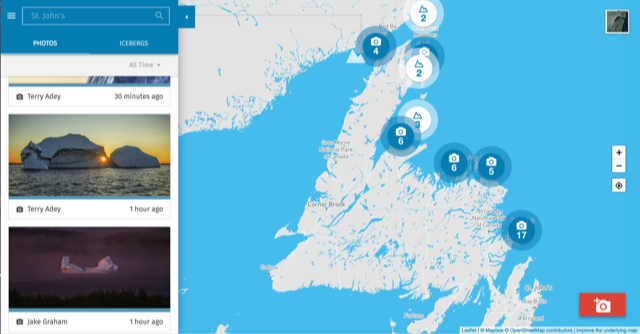 Newfoundland and Labrador is a hot spot for icebergs. During iceberg season (spring and summer), the coast is dotted with multiple 10,000 year-old bergs. The bergs also bring along with them many visitors, each looking to capture their own memories. The problem with icebergs is that they are constantly moving and can be tricky to track down.

But now thanks to Target, the process of finding bergs is much easier. Target has recently redesigned IcebergFinder.com, a site that uses interactive data and maps to help capture and share the locations of icebergs. This campaign was created for Newfoundland and Labrador (NL) Tourism.

“NL stands for icebergs. And the cold, hard fact is that this is the best place in the world to see them. IcebergFinder.com allows travellers to locate these bergs in real time,” says Kevan Kaylan, creative group head of Target. 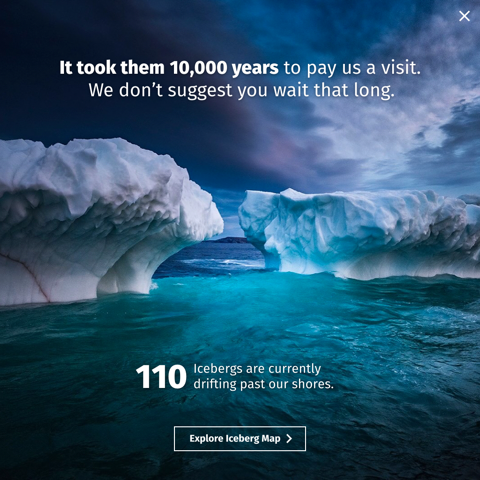 IcebergFinder.com uses data from NASA and the European Space Agency to plot the bergs on the map. It also uses visual sightings from NL Tourism’s on-the-ground iceberg ambassadors. The site allows for locals, tourists and tourism operators to upload their own pictures of the bergs and in turn help others find them.

The redesign of the website incorporates responsive layouts, an interactive map and increased awareness of the site. To help the project, Target tapped six influencers to spread the message of the new campaign. Paid display, eNews and social media channels also increased awareness of iceberg season and the new improved site. 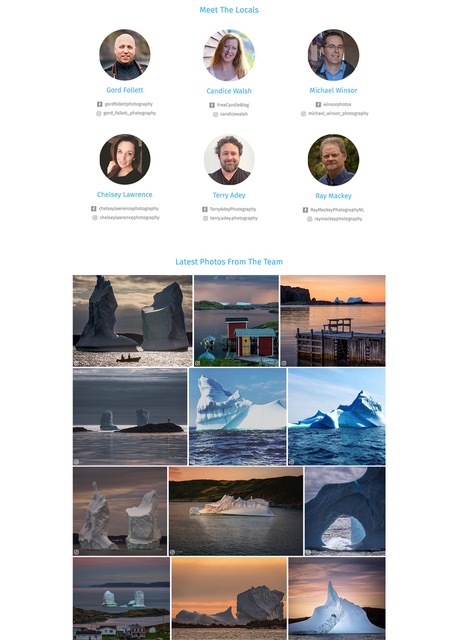 Target’s redesign was so popular that it even got attention from the CBC and Canadian Geographic. After the new site was launched, it saw an increase of 60% more site visitors and over 460,000 map interactions.

“The very fact that these majestic frozen monoliths are mere fragments of the glaciers that gave birth to them – well, let’s just say it can be a little much to wrap your head around. And so we don’t even bother. We simply lie back on a cliff top, and watch the show glide by,” says Kalyan.