The 21st Century Belongs to PR 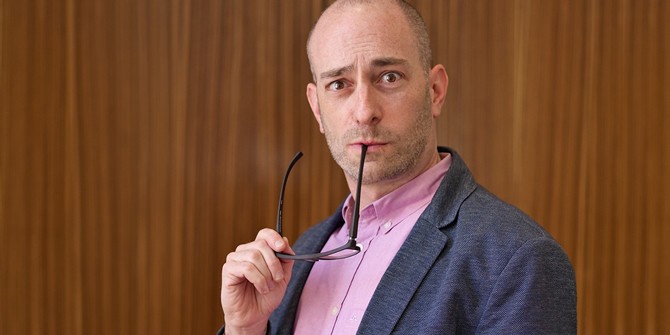 Just last week, it was announced that Andrew Simon was leaving his role as chief creative officer at Cundari to join Edelman Canada as its executive creative director. Fifteen years ago, such an announcement would have prompted shock, disbelief and concern about Simon's emotional state. Today, most industry watchers would agree that he's a smart man with impeccable timing.

PR's tale of being advertising's poor cousin is now getting its storybook ending. Public-relations firms have been much quicker to embrace social media and content marketing than their counterparts in advertising. And, as a result, they are enjoying the kinds of opportunities that used to be solely the purview of ad agencies.

Consider "Scarecrow," the integrated campaign produced jointly by Edelman and Creative Artists Agency for Chipotle Mexican Grill. Though no advertising agency participated, the work was still strong enough to earn well over 14 million YouTube views and the 2014 PR Grand Prix at Cannes.

It's not difficult to see why PR's moment has arrived. The explosion of online touch points has rendered paid media much harder to rationalize — particularly when ad blocking has grown by 41 per cent globally in the past 12 months. At the same time, we all know that clients are becoming increasingly unhappy with advertising agencies in general. Self-aware ad people understand why. As one anonymous agency executive confessed, “We have too many people, too many contracts and too many approvals to be able to react and work effectively in a real-time world. The work is moving closer to where the customers are, where the responses can be more rapid and connected.”

Rapid and connected. As it happens, those two words aptly describe the strengths of PR's output. For the better part of a century, public-relations firms have served their clients by regularly informing, cajoling and schmoozing members of the media. Branching out into social media and content marketing wasn't particularly disruptive to PR people. It was a natural extension of what they'd been doing all along. And today, PR firms are extending further, moving into paid media and hiring away talented ad people like Andrew Simon.

Today, large clients are quite aware of advertising's desperation, going so far as to humiliate agencies during the pitch process. This past March, several UK agencies vowed to strike over the "despicable" procurement practices of AB InBev. The brewing giant had asked the competing agencies how many hours of unpaid work they were prepared to offer, whether they would accept longer payment terms than AB InBev's standard 120 days, and how much more than AB InBev's required five per cent they would be willing to pay back as a rebate. Despite industry outrage, the strike, of course, never happened.

If advertising is to survive, agencies will have to undergo a radical shift in culture. Much of advertising still clings to the model of finding the big idea, and then gradually rolling it out in a few superbly crafted packages of film, photography and type. Ad agencies are still structured to support a lengthy production process with relatively few end products. But the Internet has a voracious appetite, an appetite that has no patience for six-week production schedules. The Internet demands fresh amusements every single day, and brands that don't deliver will be forgotten. As Phil Johnson noted in AdAge, "It's more like running a daily newspaper than publishing a collection of books."

This discipline of feeding the beast daily has always fit more comfortably in PR's wheelhouse than it has in advertising's. If agencies are to stay relevant, they'll need to address that issue with a little more humility — and a lot more productivity.