The Best Election Ad? Unifor Gets My Vote 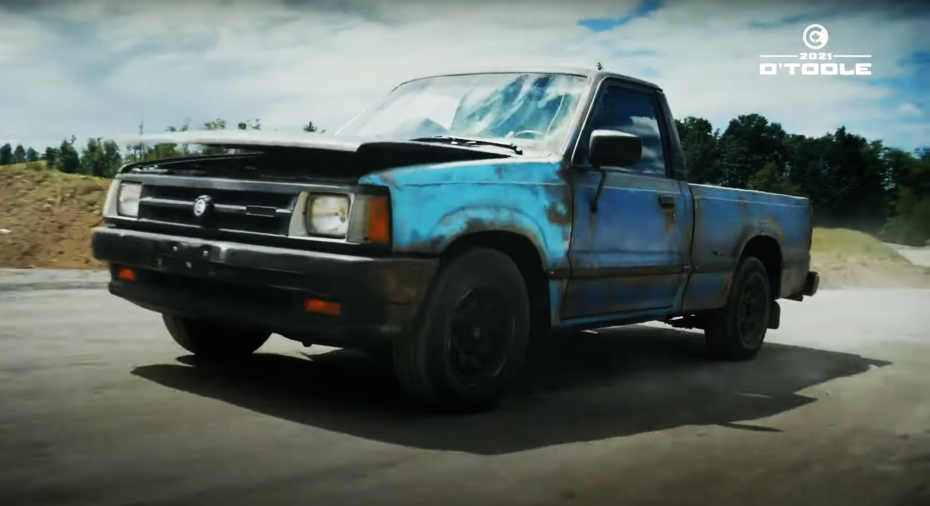 Some months ago this columnist commented on the tired old trope most often used in automotive advertising: that of the shiny new car or truck driving through a dramatic natural landscape. The irony of using a pristine landscape as the backdrop for the vehicle that is destroying it probably escapes most automotive marketers.

Or does it? With millions of acres of forest on fire around the world, climate anxiety has intensified. Maybe the effectiveness of the trope is that we are emotionally reassured by the beauty of the idealized landscape. Maybe, if only for a moment, our fantasies about a world without climate change are aroused. Maybe we are distracted from our anxiety just long enough to imagine that everything is going to be OK. And hey, if the fantasy starts to wear off, there’s always employee pricing.

So when I see the spot depicted above, my first response is that I am looking at a truck ad, but wait a minute, this truck is falling apart. It’s spewing exhaust all over the place. The voice over, which sounds like the same kind of guy they get to do Dodge Ram or F150 ads, quickly establishes that this is not a car ad: “The next model is here. Meet the 2021 O’Toole, ready to steer Canada in the wrong direction.” Now you have my attention. 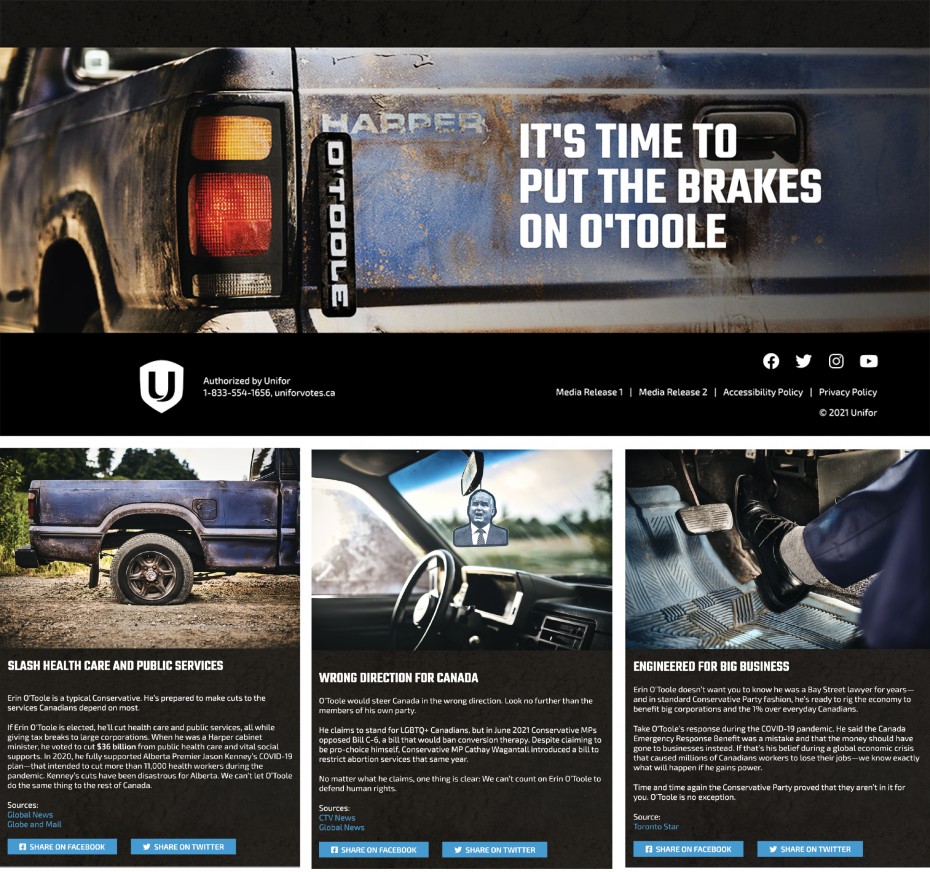 The ad was created by Vancouver-based Point Blank, an agency dedicated to serving progressive organizations such as The Canadian Labour Congress, Unifor, Oxfam, Nature Canada, and the Public Service Alliance of Canada. You won’t find them selling beer, cars or hamburgers. And unlike most other agencies, Point Blank is unionized. Employees are members of the UFCW (United Food and Commercial Workers). Now you really have my attention. 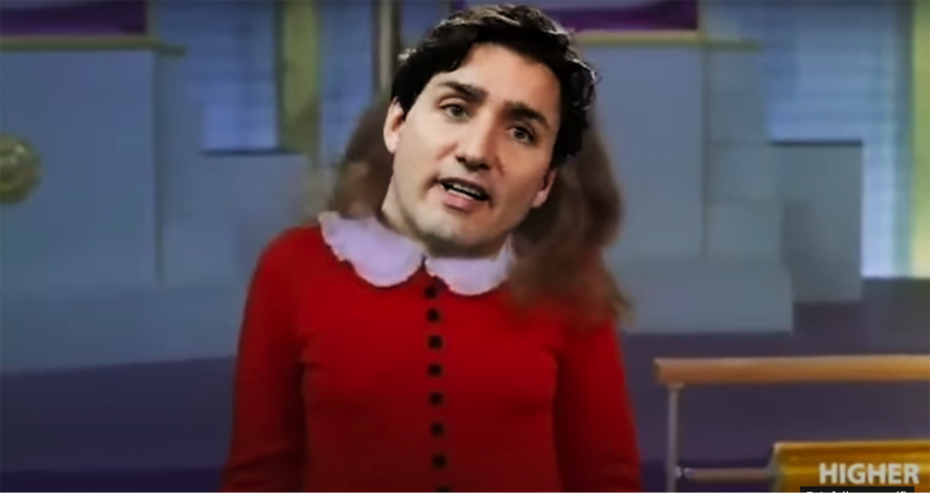 So back to the ad. Election advertising tends to be ham-fisted and antagonizing. The Conservative party, chided by its own members for its pre-election Willy Wonka parody of Justin Trudeau, now seems to be portraying O’Toole as a tough problem solver, ready to hit back at the punches that Trudeau’s government have apparently been throwing at us since 2015. It’s the kind of macho posturing you would expect from the right. Given that when recently polled, 30% of Canadian Conservative voters said they would prefer Trump to Trudeau, the image of a strongman who is going to fix everything and "Secure the Future" is entirely predictable. Not to mention deeply flawed and ignorant of history. At the end of the day, conservatism is a complete failure of the human imagination. 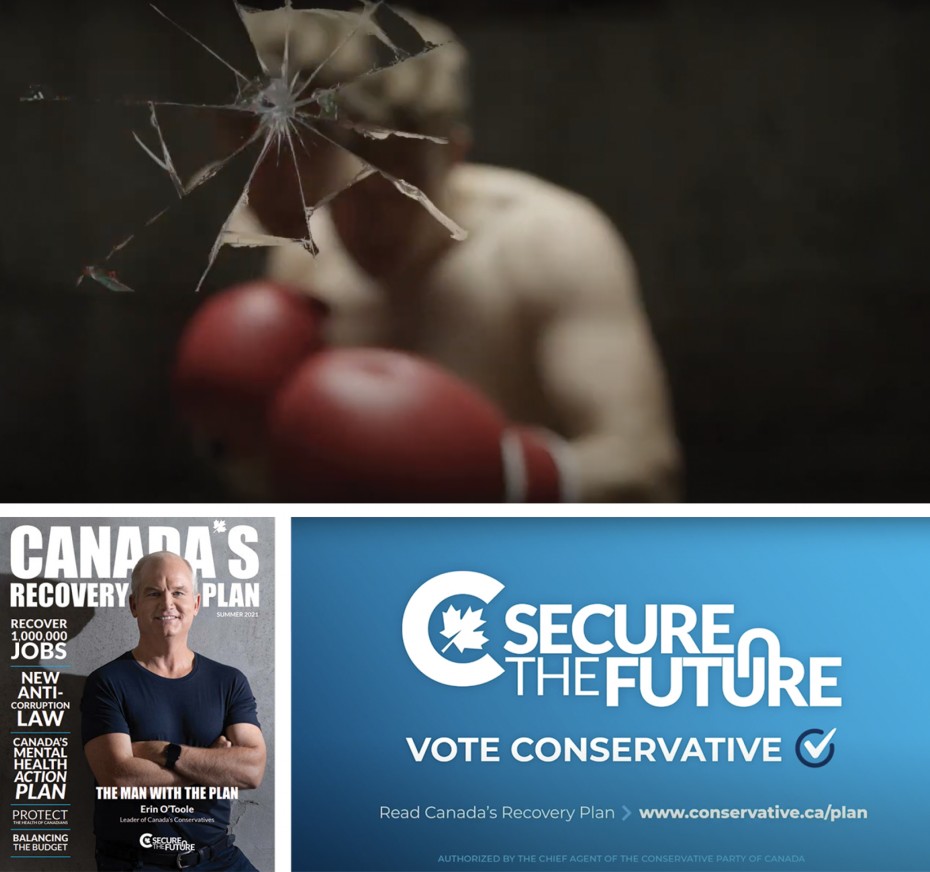 Above: frame from CPC’s ‘boxer’ spot; below: the strongman with the plan. What’s next? Shirtless on a horse in the prairie?

The Liberals seem to be campaigning on the strength of Trudeau’s smile. We see him mingling with the people at picnics and on public transit while he describes all the good things created by Liberal policies over the past six years, and how the Conservatives tried to stop every one of them. It’s meant to portray him as warm, empathetic and engaging.

Unifor’s ad pulls no punches. Unifor, in case you didn’t know, is Canada’s largest private sector union, with over 310,000 members. We caught up with Unifor president Jerry Dias to talk about the message he wants to deliver. “Look, the bottom line is there has to be some balance in the media“, he explains. “The conservative party has a hell of a lot more money than the rest of the parties combined. So it’s about at least having some sort of balance in the discussion. Our message is, don’t be fooled by the Conservatives’ messaging.” 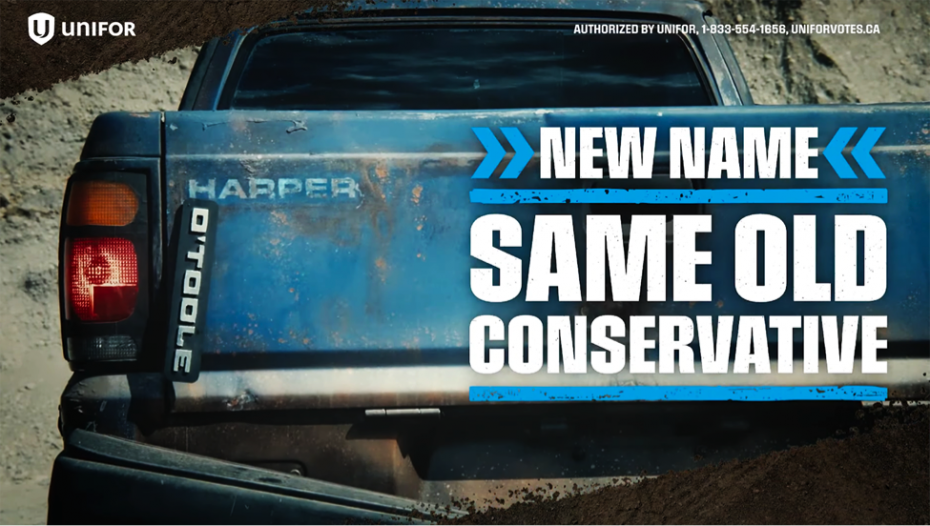 He doesn’t want us to forget that within the conservative party, the far-right factions are beginning to influence policy, and O’Toole is not in control of that. Says Dias, “This is about reminding people who the conservative base really is. And that on the other hand, even though O’Toole’s sending messages to working class people that he actually cares, we all know what happens when the Conservatives take power. Let's not be fooled by the rhetoric.”

There is plenty of evidence to suggest that Canadian Conservatives are interested in the same neoliberal economic policies that have so polarized the American electorate. Their response to the Liberals’ COVID recovery payments was to prioritize businesses over working families. We have seen what several of the big corporations did with that money, both here and south of the border. In Canada, instead of using the Canada Emergency Wage Subsidy to protect jobs, several publicly traded corporations used it to reduce staff, reward shareholders with dividends, and execute share buybacks. So much for caring about working families.

If balance is what Unifor seeks in electoral messaging, maybe they should do a spot that reminds us that the rhetoric flows freely on both sides. They do not endorse any one party, but without criticizing the Liberals as well, it sounds like they’re letting them off the hook for what is an unnecessary power grab.