The Brand that Would Not Die 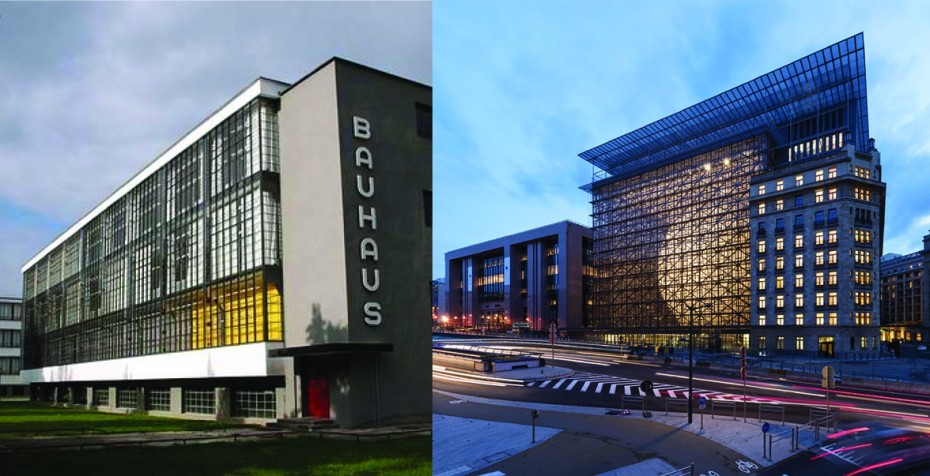 As an institution, it was officially shut down by the Nazis in 1933, after only 14 short years. But as the mythical heart of modernism, the Bauhaus continues to fuel the notion that design, as a core human skill, is the solution to the world’s problems.

In a recent article in The Economist (October 17), it was reported that Ursula von der Leyen, the president of the European Commission, would like to “found a European Bauhaus movement to ape the influential design school that ran from 1919 to 1933 in Germany.” Although she calls it a “cultural project for all of Europe”, she also sees it as artists and engineers coming together to stave off climate change through architecture and urban planning, adding that “We need to give our systemic change its own distinct aesthetic.” 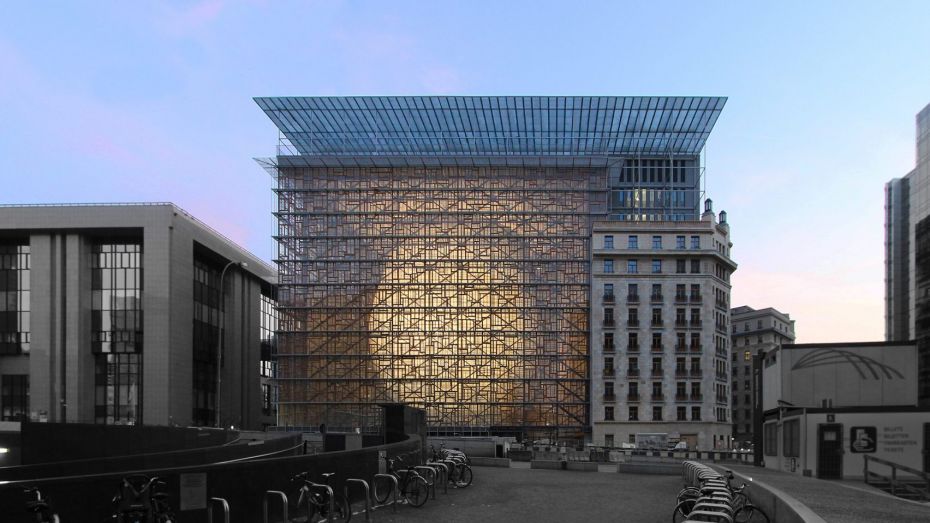 There are so many delicious problems embedded in this proposal. The first is to call it a ‘cultural’ project. Is the challenge of solving climate change a cultural project or an environmental and socioeconomic one? The idea of making the world a better place through design is a theme central to the Bauhaus myth and therefore at the heart of design culture. Core to that myth is that the path to a better world is through architecture and the decorative arts. Since buildings are responsible for 40% of the world’s carbon emissions, architecture is a good place to start. There is tremendous potential for innovation aimed at reducing that number, and design is the way to do it.

Like the Bauhaus itself, design is an exercise in optimism. No one is promoting that idea right now more actively than Bruce Mau, whose recently published MC 24 is a 24-point manifesto on the subject of massive change and the role design plays in effecting it. Mau has famously said he is more interested in the ‘design of the world’ than ‘the world of design’, long ago having transcended the confines of graphic design to embrace a much deeper and broader practice that explores the positive change in all its forms. He believes that humans have no choice but to be optimistic, because given the existential problems we currently face, to choose otherwise would be suicidal. There’s an undeniable truth in that. But can design rescue us from our innate resistance to change? Can we really design our way out of the mess we’re in?

President von der Leyen obviously believes we can. But she also wants to give “our systemic change its own aesthetic”. Does she mean the aesthetic associated with the Bauhaus legacy? It’s hard to look at the two photos above and not notice how the EU meeting room on the right was inspired by the design of the Bauhaus office on the left, though they are separated by 97 years. One could argue that the ‘Bauhaus’ aesthetic – one of geometric minimalism, formal simplicity and truth to materials - comes to mind far more readily than the institution’s culture. In other words, the surface of the Bauhaus brand is what has survived, not its substance.

After a more thorough reading of its history one quickly realizes that the clean aesthetic masks the ambiguous mess of competing politics, personal rivalries, disciplinary hierarchies and misogynistic tendencies of the men who ran the place. That makes the Bauhaus sound a lot like the European Union of today. In fact the argument against a new ‘European’ Bauhaus movement is that the cultural diversity of the EU will make it impossible to agree on how it should proceed. 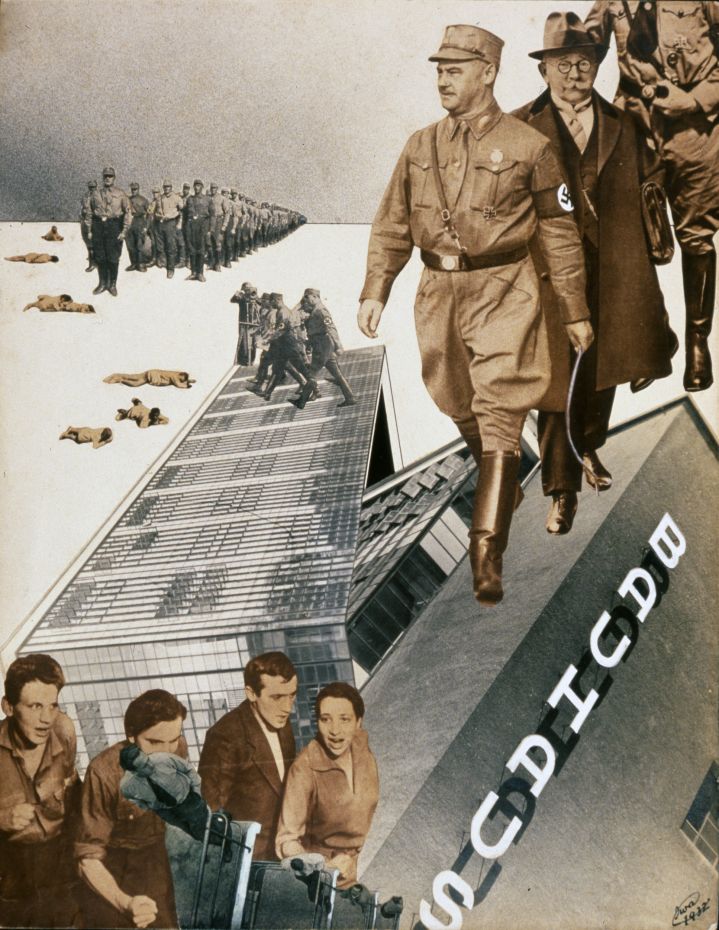 Attack on the Bauhaus, Imao Yamawaki, 1932

It would indeed be a shame if the president just ran with the aesthetic and not the intent, which was ultimately to bring industry and art together in the service of society. That mission was never realized by the original Bauhaus. The conflict-ridden politics of the Weimar Republic, followed by the hostility of the Nazi regime, which not inaccurately viewed the school as a locus of socialist ideology, made sure it would not happen. Ironically, Europe is now facing a resurgence of the same brand of right-wing politics that closed down the Bauhaus in the first place. Can the mission outrun the rise of the right? I don’t think we have any choice but to believe that it can, and must. /wn