The Colour of Giving 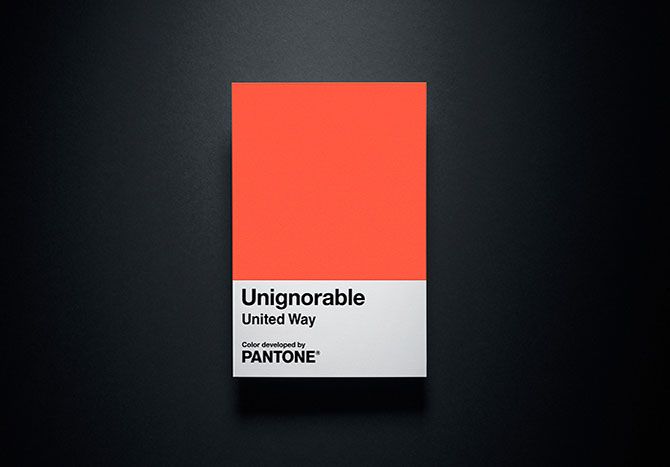 How the United Way, TAXI and Pantone used the power of colour to reinvigorate a brand that was losing its lustre

Charitable organizations everywhere are facing the same challenge: how to engage a new generation of donors (millennials) while continuing to appeal to a legacy base (boomers). In response to these conditions, charities and foundations have really had to change the campaign playbook and up their game. Campaigns like SickKids’ VS. is a great example of how high the bar has been raised.

The United Way is one of the more well-known charitable organizations out there, but in recent years its brand has lost some of its lustre. Two years ago, United Way Toronto enlisted agency veteran Goodwin Gibson to assume the role of Senior Vice President Donor Relations & Marketing with a mandate to turn the brand around.

The United Way allocates funds to causes such as homelessness, social isolation, hunger, poverty and domestic violence. While all of us are aware that these conditions persist in our society, many of us tend to ignore them. And most of us do not know that the United Way is on the front line of the battle against them. As Gibson puts it, “They know the name, but not what’s behind it.”

To correct this situation, Gibson approached TAXI Advertising & Design. Under the guidance of ECDs Alexis Bronstorph and Kelsey Horne, the TAXI team asked themselves, "how can we make these issues unignorable?" They hit on the idea of creating a new proprietary colour – one that would only be used by The United Way or licensed by them for use by partners. “They showed us a number of solutions but when they brought this one to the table, we knew we had a big idea," says Gibson. Recognizing a rare opportunity to promote its own brand, Pantone eagerly signed on. It was the first time that Pantone’s team had ever been engaged to create a colour that is exactly the same across any medium.

TAXI then began to get tactical. One of its ideas was to engage an illustrator to create a series of images highlighting the issues mentioned above. They contacted French illustrator Malika Favre to ask if she knew anyone who might be interested. Ms. Favre’s work has graced the covers and pages of some of the world’s most well-known publications, including the Wall Street Journal, New York Times, Washington Post, The New Yorker and Vanity Fair. She was so excited by the idea that she jumped at the opportunity to do it herself. 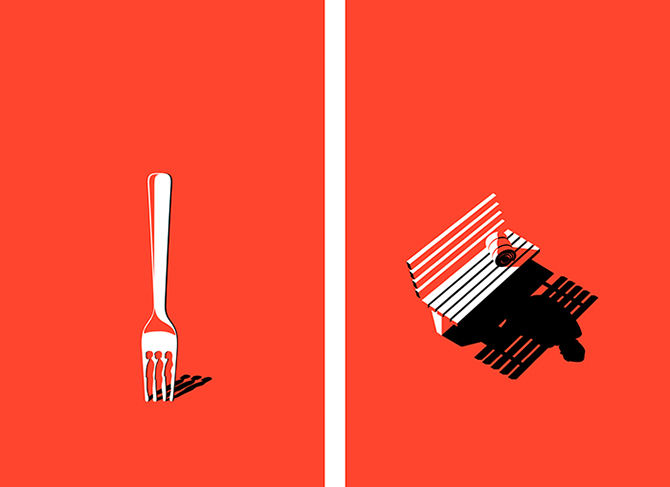 To launch the campaign, TAXI then designed a pop-up installation as part of Toronto’s Nuit Blanche, an all-night festival of visual art held each year on the streets of the city’s core. Situated in front of City Hall, the installation consisted of an enclosure surrounded by translucent walls bathed in light that matched the #UNIGNORABLE colour. People walked through the fog-laden interior to read about the campaign, admire the Favre posters and use the unique space and walls as a backdrop for selfies. Adds Gibson, “From the moment it opened at 7pm on Saturday to the time it closed at 6:30am the next morning, we had people waiting in line for an hour to get in. It was a big hit.” Indeed, the installation turned out to be the busiest in the history of Nuit Blanche, experienced by more than 7200 visitors.

Toronto-based The Garden produced a series of very moving videos under the tagline Show Your Local Love, using stories of individuals from neighbourhoods across Canada to demonstrate how the United Way has made a difference in their lives. The out-of-home makes effective use of Favre’s powerful graphic statements. United Way is in talks with commercial partners for the rights to use the color on apparel and other merchandise in support of the cause. The campaign is being launched in cities across Canada.

Bravo United Way, TAXI, Pantone and The Garden. The colour of giving has been born.