The Design World Needs More Photos of Women by Women 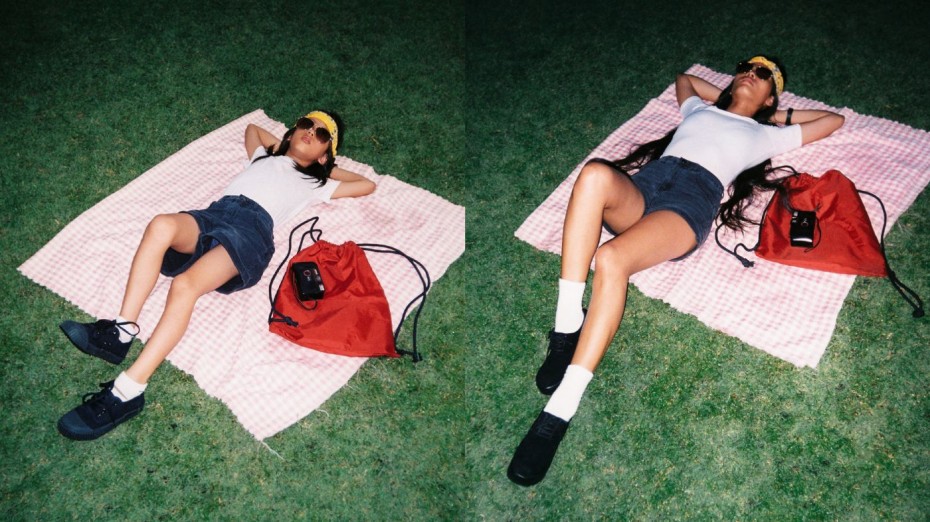 In the 1940s and 1950s, Lillian Bassman was one of a small cohort of prominent women in fashion photography, the significance of which was not lost on her female models.

“It was sexually a very different thing when they worked with men,” the photographer would later say. “They were posing for men. I caught them when they were relaxed, natural, and I spent a lot of time talking to them about their husbands, their lovers, their babies.”

Some seventy years later, her words still resonate. When women collaborate, they have the potential to dig deeper, uncovering layers of authenticity and truth that lie beyond surface-level “sexiness” and “glamor.” A woman’s place isn’t just in front of the camera but also behind it, and a female perspective is a powerful thing.

We see photographs of women constantly — in ads and magazines, on posters and billboards— but too few of them are created by women. We reached out to six talented Stocksy photographers and asked them about the importance of challenging a male-dominated perspective on women in the media. The phrase “the female gaze” comes up a lot in this industry, but what exactly does it mean, and why does it matter? 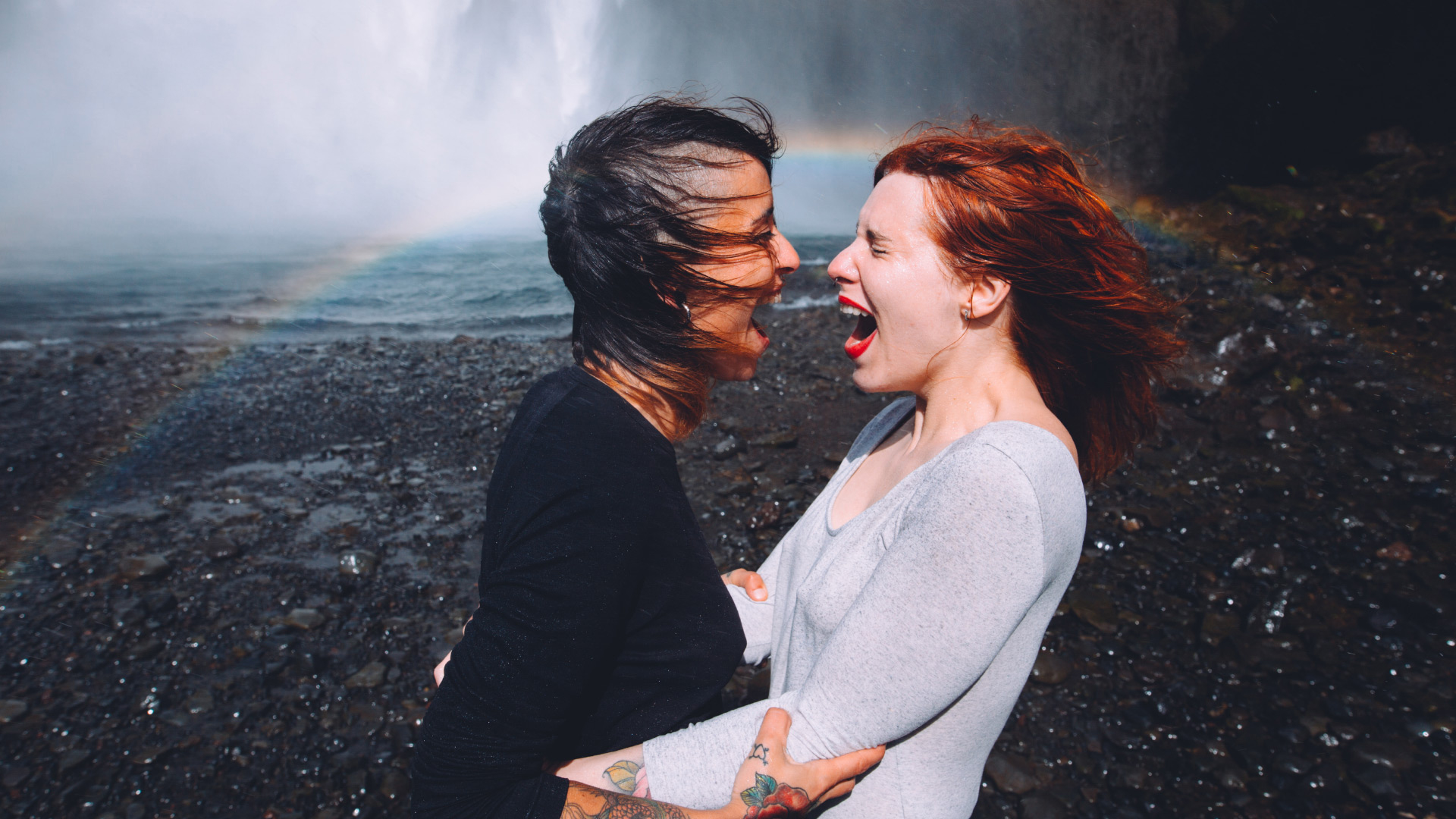 In other words, women on screen— and arguably, by extension, in still photographs too—often seem to exist solely for the pleasure of men. “For so many years, women have been treated as objects of male desire,” Stocksy photographer Thais Ramos Varela, who is based in Irun, Spain, says. “We’ve lived in a visual culture that has ignored the desires, feelings, and passions of women. The arts have been guarded by men for so long that, sadly, we are conditioned to the male gaze. The data speaks for itself. For example, only about three to four percent of the 1100 most influential films of the past decade were directed by women.”

Having fewer women behind the camera results in a limited view of women as subjects, characters, and protagonists— a view that has wide-reaching implications. “I would like to see more diverse representations of women, outside of the context of male desire and pleasure,” Italian photographer Michela Ravasio agrees. “This view of women as objects is reductive and robs women of our complexities.” 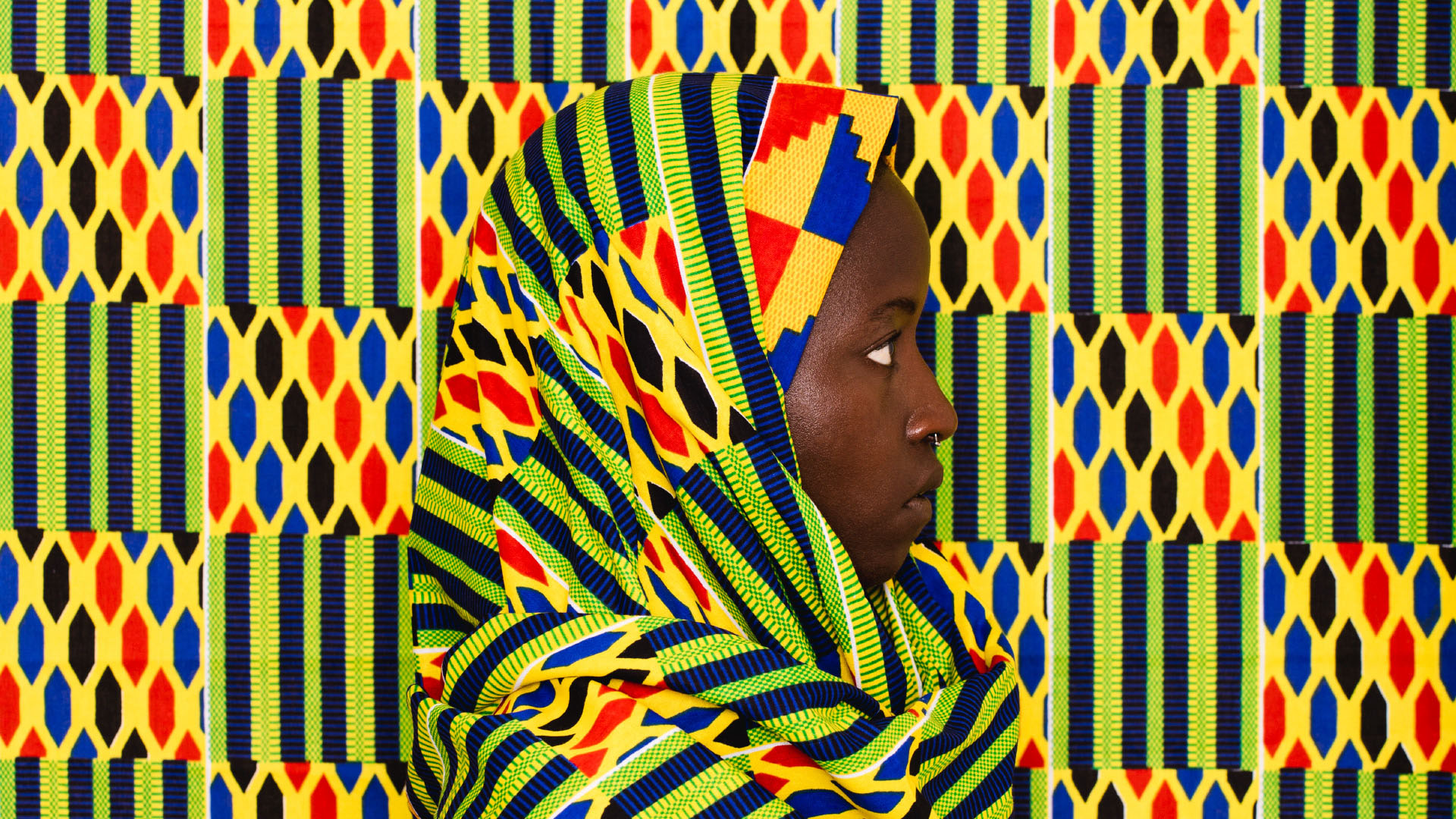 “The female gaze” is a relatively young idea, but like “the male gaze,” the phrase is coming into vogue at a moment when women’s rights are at the forefront of public consciousness. It’s no coincidence that at around the same time as global Women’s Marches and movements like #MeToo and Times Up, we’ve seen an explosion of exhibitions and books highlighting a female perspective. Hundreds of thousands of people have tagged their photos #girlgaze on Instagram in the last couple of years.

As we continue to grapple with new understandings of gender and identity, the notion of the female gaze will shift and evolve. “In order to have a clear definition of the female gaze, we still need much more time,” Varela tells us. “It is still abstract, and it’s still in development.” Jessica Sharmin, who is based in Bangladesh, confirms this viewpoint, adding, “The ‘male gaze’ has dominated our subconscious for a long time, and it has become the established norm. The ‘female gaze’ is very new, and it is also rare.” 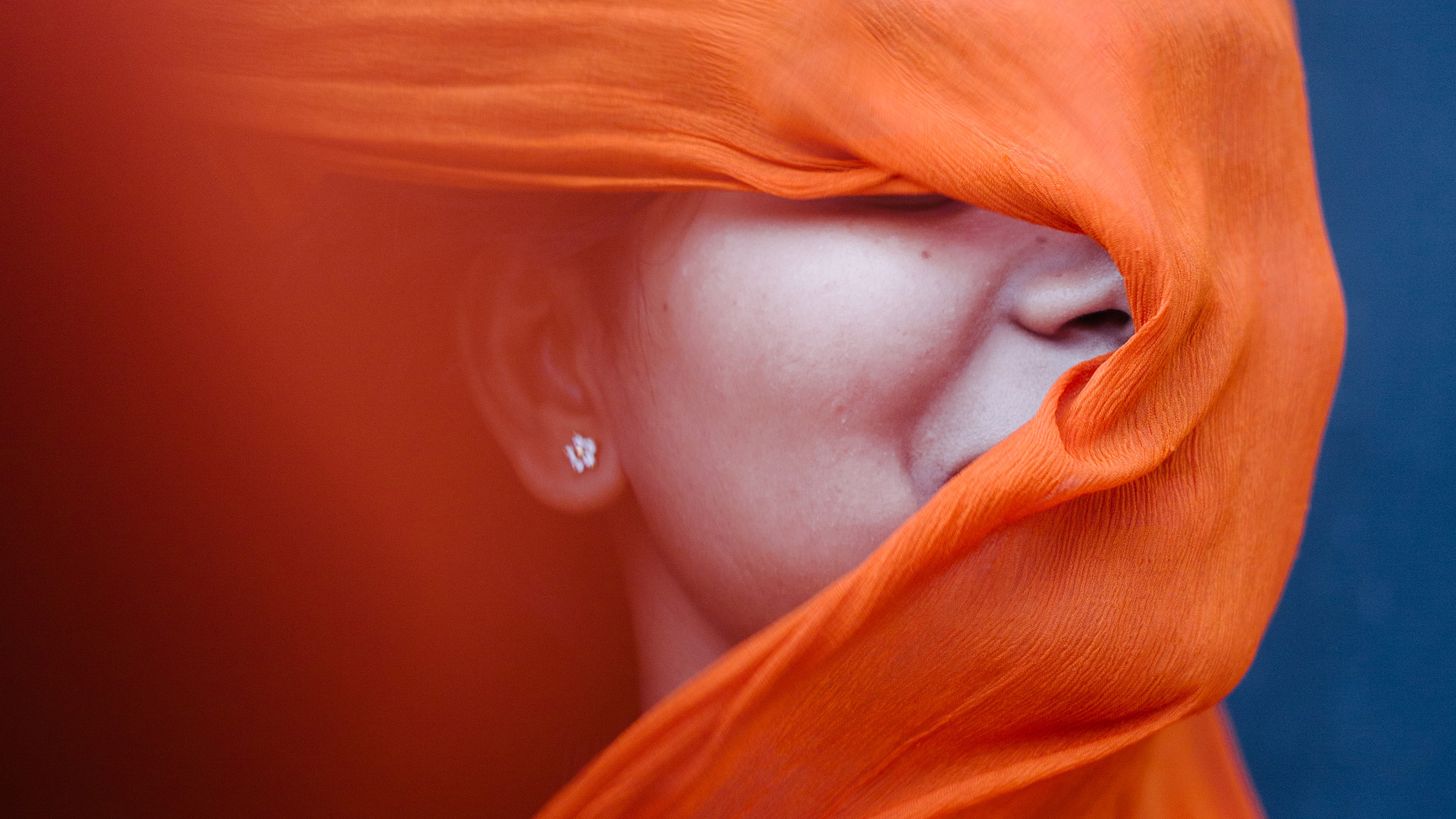 Even at this early stage, we can agree on a few things. As Sharmin puts it, the female gaze doesn’t objectify; instead, it humanizes. The female gaze cuts through the surface to reveal the nuances of the individual in front of the camera. Varela explains, “Our characters, our interests, and our passions are what define us, so it’s important to move away from thinking only about aesthetics.”

For photographers like her and Ravasio, this way of looking at the world is as powerful as it is subversive; “Through the representation of our own bodies, women are able to re-appropriate and reaffirm our identities and express our femininity in its entirety,” Ravasio tells us. “In my opinion, the female gaze leads to greater self-awareness in women, and ultimately, the possibility of defining ourselves in a different, more unconventional way.”

Ultimately, having more women behind the camera could result in more authentic, complex, and nuanced depictions of women in front of the camera. “I think that men can sometimes overlook a woman’s true sense of self in favor of a more hyper-sexualized version of the women he is photographing,” the Buffalo-based photographer Chelsea Victoria explains. “I have had models tell me that they feel much more at ease working with me or other women because they aren’t worried about having to be sexy. For the most part, women feel safe with one another and that trust makes the images genuine.” 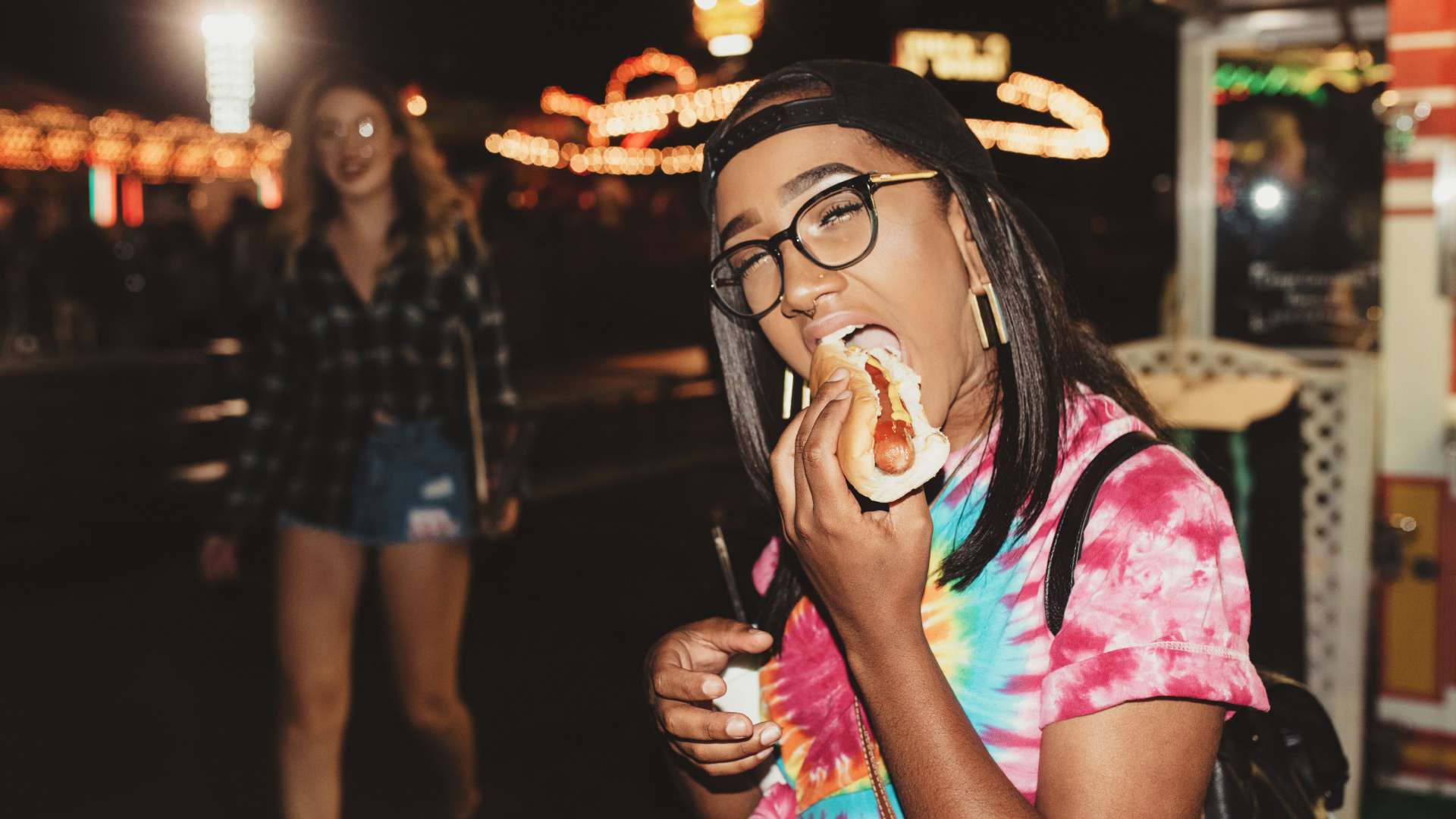 Stocksy photographer, Nabi Tang tells us, “I want to see strong-willed, passionate, smart, good-hearted, and empowered women represented more often. I want women to be heard as much as we are seen in the media.”

It might surprise you to learn that a number of the photographers we interviewed do not necessarily see “the female gaze” as limited only to women. “I have noticed that it’s never black and white,” Sharmin explains. “It’s not about the point of view of men versus women.”

As an abstract and ever-changing concept, the female gaze remains open to interpretation. “I’d like to clarify that I think that anyone who is aware of the oppression of women and who wants to resolve the situation, evolve, re-educate themselves, or ask questions is capable of seeing through a female gaze,” Varela admits. “Regardless of their gender.”

If we extend the notion of the female gaze to include people of all genders, then we can recognize that we are long overdue for a more holistic and nuanced view of masculinity as well as femininity.

“We shouldn’t neglect men when we’re discussing this topic, as there need to be changes there as well, including the stereotypes about ‘ideal’ measurements and weight,” Katarina Simovic, photographer and Stocksy contributor based in Belgrade, Serbia, stresses. “Their world, as well as ours, is crying out for change.” Sharmin agrees, adding, “Rigid portrayals of masculinity are out of date and toxic for all genders. I want to see more healthy depictions of masculinity, defined by vulnerability and honesty.” 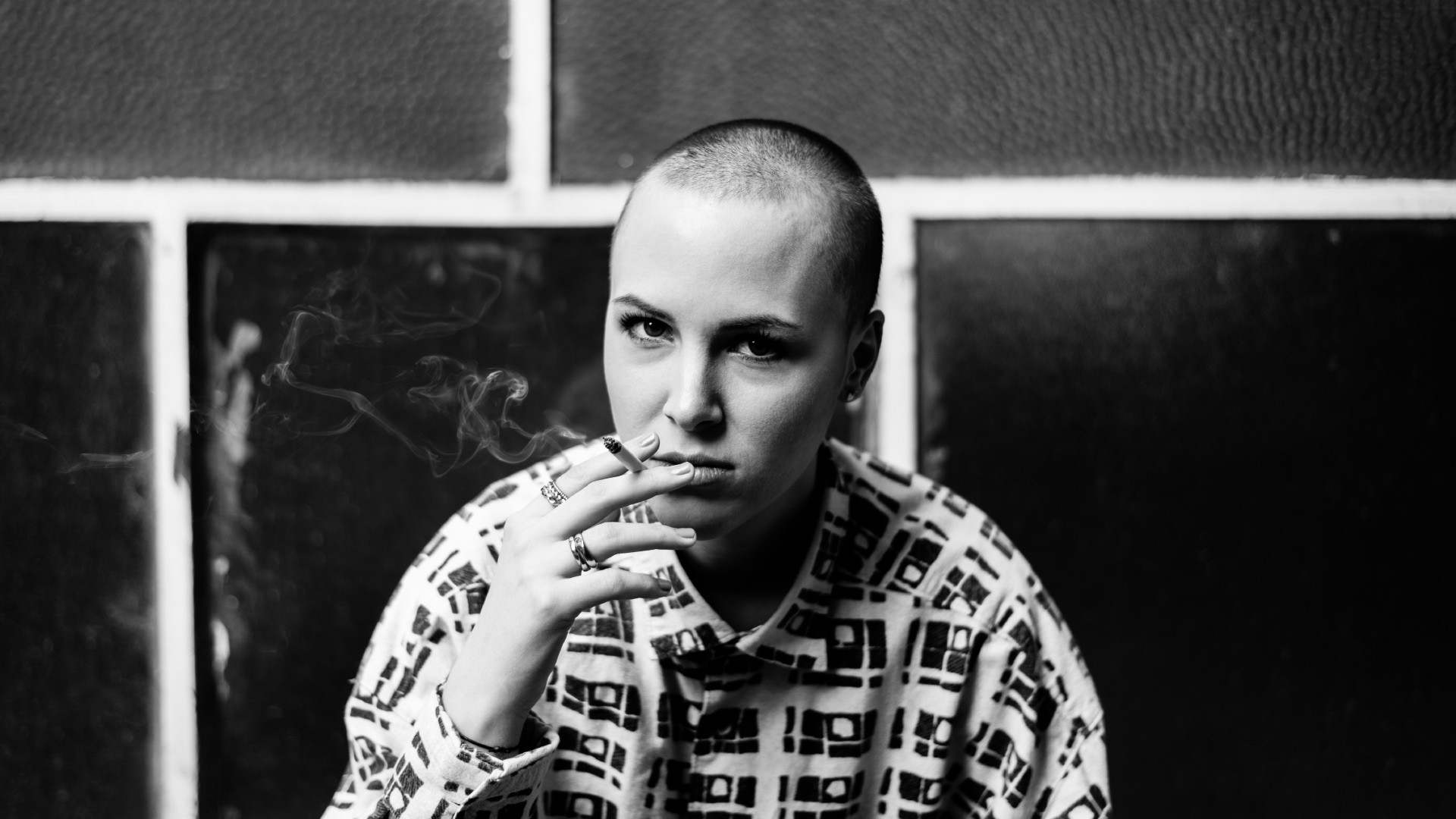 A strict gender binary affects people of all genders. “I really don’t like to separate ‘masculinity’ and ‘femininity’ at all,” Tang says. “I believe we all have feminine and masculine qualities within ourselves.”

The female gaze is powerful, but at the same time, it’s highly susceptible to change. As the concept continues to evolve, we must remain mindful and vigilant about how we represent women, men, and non-binary individuals in pictures. And perhaps most of all, we must stay open to new voices, ideas, and forms of gender expression.

If we elevate the perspectives that have been marginalized for far too long, we have a real shot at affecting positive transformation. Varela tells us, “If everyone gave this topic some thought and supported more artists who respect the female gaze, we would notice a change in our society.”