The House with No Escape 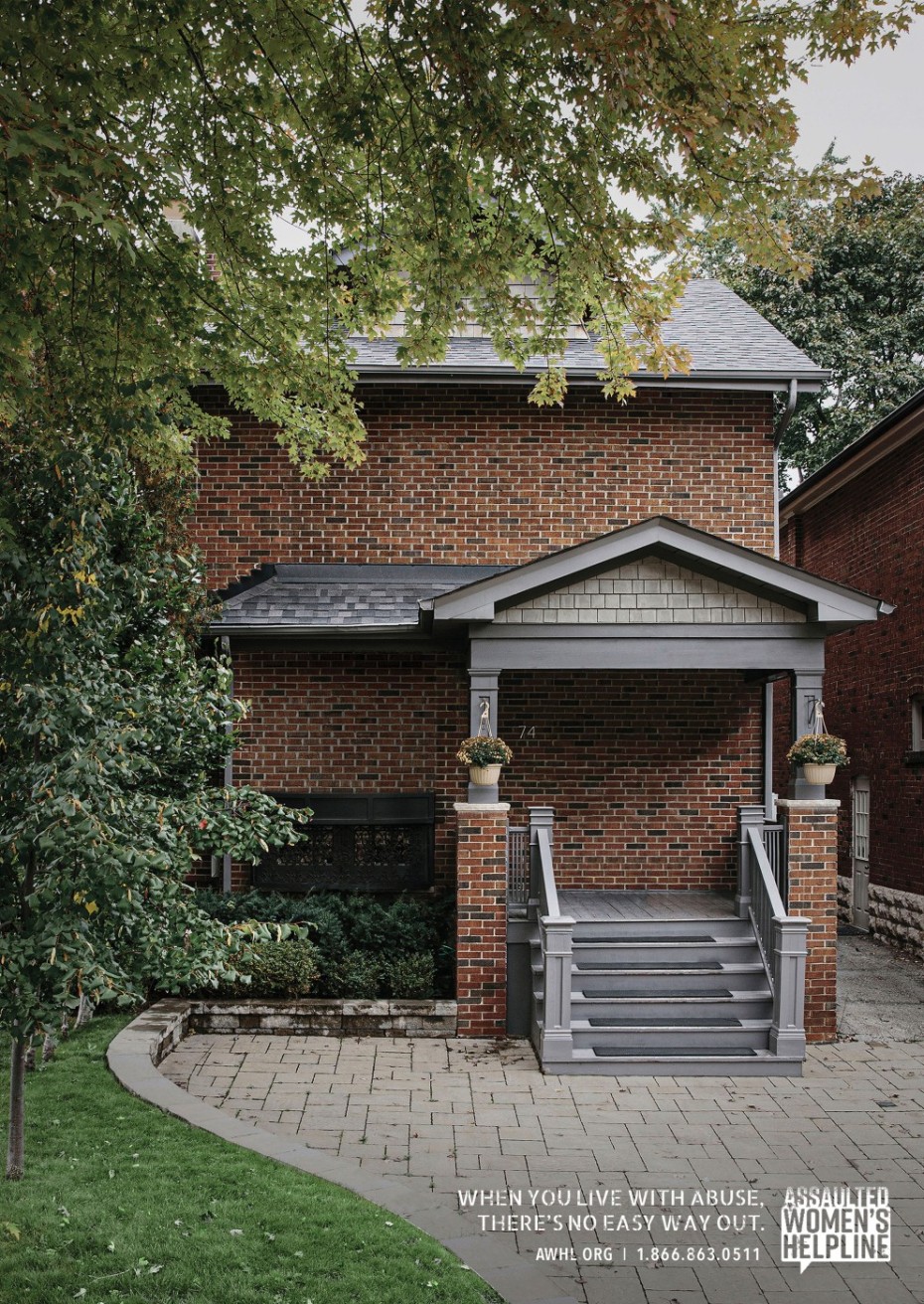 Toronto based agency G&G accepted our invitation to participate in a Q&A on their 2022 Applied Arts Advertising Awards winning campaign The House with No Escape for client Assaulted Women's Helpline.  Bold and brave there is no escaping this powerful message, it clings, it gnaws and persists to live outside of the visual/experiential campaign.

The ideating was born from the shocking statistic that it takes a woman on average 7 attempts before she can successfully escape from an abusive partner. We dug into this more and learned that a) people can be ignorant and/or unempathetic to the plight of women in abusive relationships, asking “why doesn’t she just leave?” and b) the reasons are nuanced and complex, as abuse is normalized over time. We played with several ways at demonstrating just how impossible it can feel to leave, but the House with no Escape bubbled up as the most powerful way to do so.

Makers and Brave were our partners in bringing this to life. Makers figured out how to wallpaper the home with faux brick, in order to give the illusion that there were no doors or windows (no small feat.)  Brave shot the video and managed the interviews with passersby. Steven Kim did the photography of the posters.

How was the experiential installation received by client and passerby?

Our clients at AWHL are such wonderful humans and are so grateful for the work we do to raise awareness. They were thrilled with the outcome. We grabbed the attention of many passersby who wanted to stop and talk about the issue at length. It was very arresting and shocking (which was our objective.)

Did the campaign exceed the impressions you had hoped? Can you share a few samples of the earned media you received?

50% increase in donations from Dec 2020 to Dec 2021 AWHL actually received the largest single donation ever after we ran this campaign. It’s also received a ton of national and international recognition from a creative standpoint - it’s a simple and powerful message that’s hit a chord. 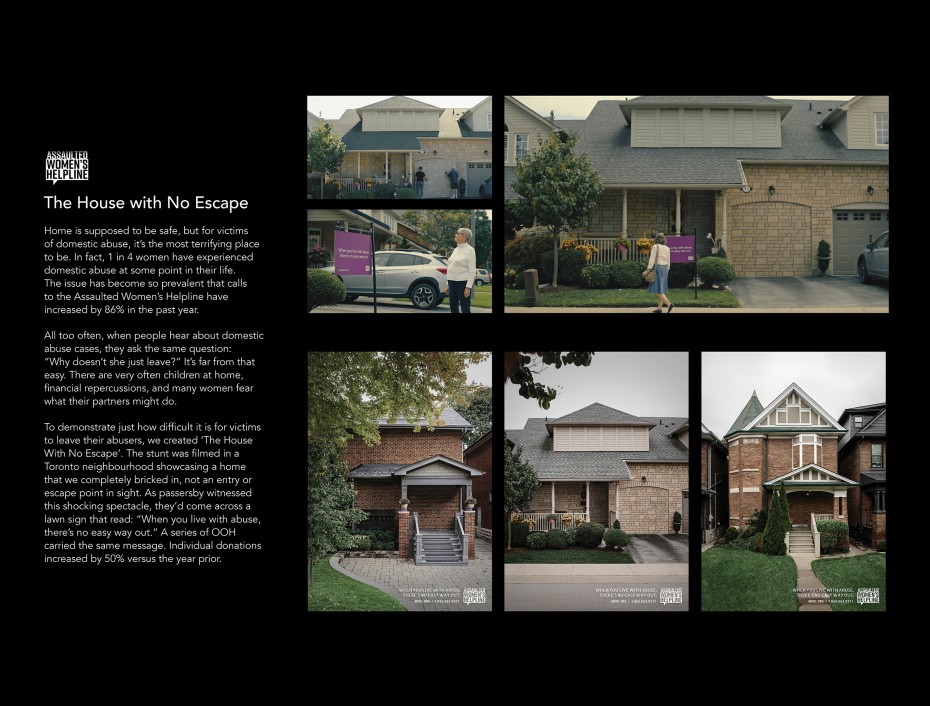