The Life of a Dumpling 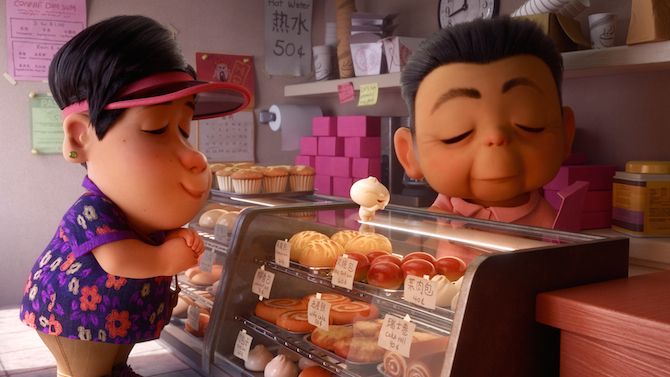 “Dumpling” is a broad term for a dish that consists of a doughy outer layer, usually stuffed with a meat or sweet filling. Usually the life of a dumpling is short—from the early stages of cooking to the final resting place in a full stomach. Not anymore. Canadian-Chinese director Domee Shi has given the dumpling a second chance at life with her new Pixar short Bao. Applied Arts recently sat down with Shi to talk about the beginnings of Bao, the highs and lows of production and redefining creative control.

Shi’s heart-wrenching short features no dialogue and pays homage to the experience of Chinese-Canadians. Bao takes place in Toronto’s Chinatown and chronicles the quirky journey of an empty-nester mother whose life changes when one of her dumplings sprouts arms and legs and comes to life (even the director herself calls this “weird”).

This summer, Bao screened before The Incredibles 2 (which had the highest grossing opening weekend for an animated movie ever). Take a look at the trailer below.

Before Bao was paired with The Incredibles 2, Shi nursed it from a small idea to a storyboard pitch at Pixar Studios in 2015. She says the short is loosely based on her life growing up as an only child. “I was that overprotected little dumpling living with my Chinese mom,” she says. Born in Chongqing, China and raised in the Toronto, Shi entered the world of Pixar as a Sheridan College graduate. She was first hired as a story intern in 2011, and quickly moved to become a story artist on the Academy Award–winning feature film Inside Out. Fast-forward four years, and Shi was green-lighted to produce Bao, making her the first-ever female director at Pixar. 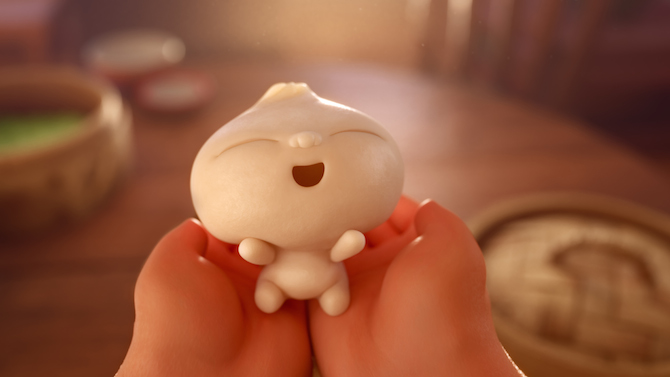 So what exactly goes into making a Pixar short?

Research. And preparation. Especially since this was Shi’s first time in the director’s chair (besides her work for Sheridan—take a look at Shi’s thesis film.)

As a fan of Studio Ghibli and manga, it was most important for Shi to incorporate world cinema into Bao. The team studied classic films from Japanese filmmaker Yasujir? Ozu, including Tokyo Story and An Autumn Afternoon. “I just love how he blends magic with real characters,” she says. Shi aimed to capture the fluidity and lyrical storylines of Ozu in her own short, and the parallels between the two directing styles can be seen throughout. “For me, it was super valuable to really indulge in Asian cinema—Japanese, Chinese and Korean cinema,” she says. 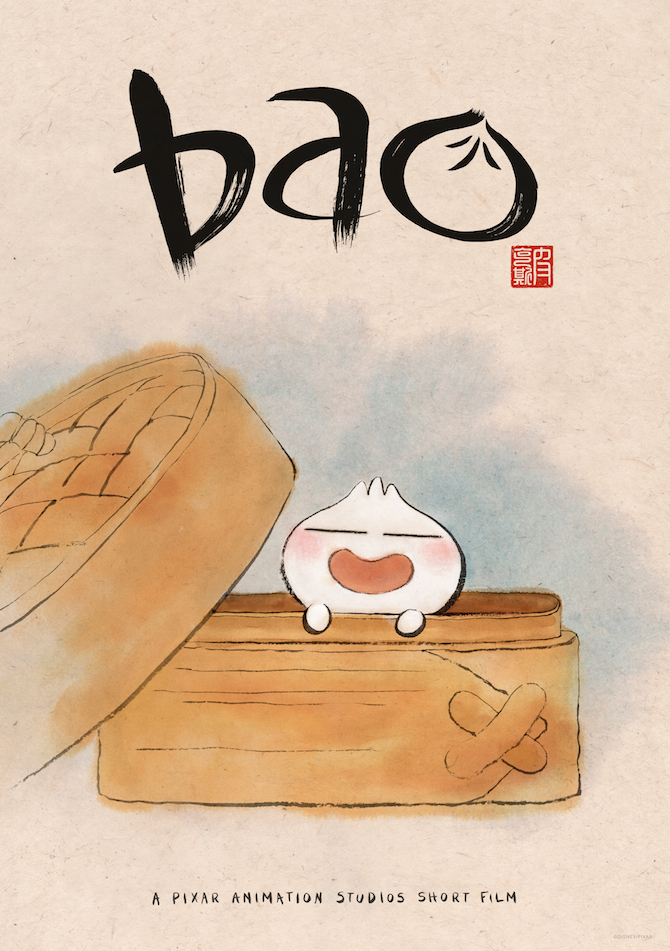 As for location, Bao stands out amid the rest of the Pixar roster because it visibly takes place in Toronto—watch for the CN Tower, Chinatown streets and TTC streetcars. (Normally, locations are hard to pinpoint in Pixar films, and they almost never take place in recognizable cities.) For the animation team, the location actually made the work easier.

“Having those specific details for the location grounded the story [and] those characters and made them feel like real people that were living in a real space,” Shi says. 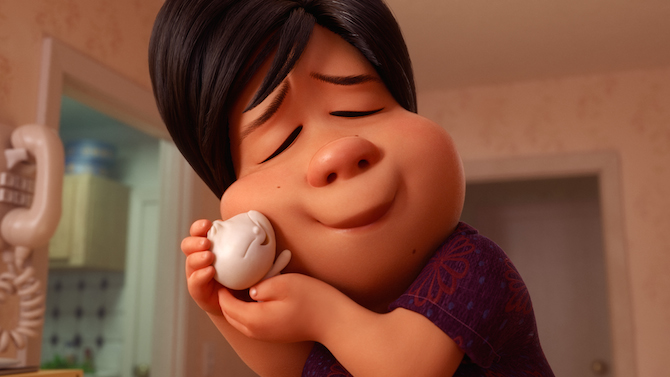 Shi’s mother provided one of the most important parts of preliminary work for the short. To nail the opening scene when the mom character is making the dumplings, Shi brought her mom into the Pixar Studios to give a dumpling crash course. The crew set up cameras to film the kneading and folding of the dumpling dough as a reference for animation. “The opening shots in the short are basically one for one of my mom kneading the dough—those are my mom’s hands making those dumplings,” Shi says.

Shi’s mom attended the film’s premiere and was impressed with the end result of her daughter’s short. “I think she’s really amazed and really proud that I was able to make something like this at Pixar,” says Shi. 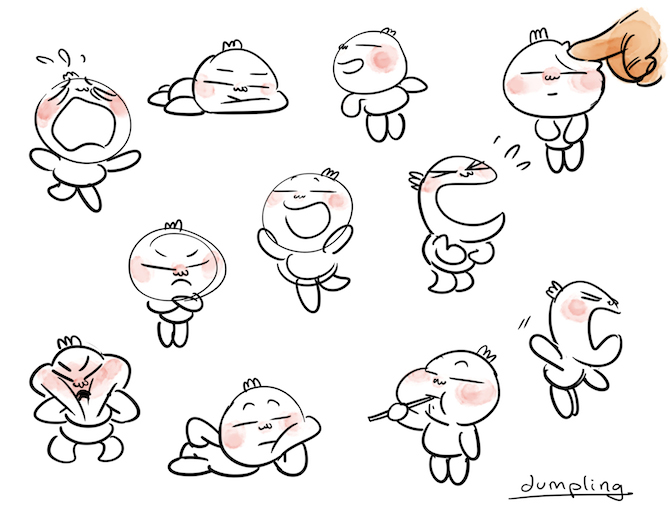 One reason why Bao stayed true to its “weird” nature is because of its smaller budget. As Shi explains, “The shorts program at Pixar is kind of like the scrappy indie wing; we’re not the highest in priority at the studio.” The team got to experiment with and push the storyline as far as they could, taking more creative risks, especially since Bao was being completed between the two feature films, Coco and The Incredibles 2. “I think we were really lucky—we pretty much were able to do whatever we wanted for this short,” adds Shi.

The hardest part about creating Bao? “Crafting the story,” Shi says. “I pretty much storyboarded the whole thing myself early on. It was really tricky getting the ending to read for a long time, because [spoiler alert!] after the mom character eats the dumpling, people were asking a lot of questions. so I was like, ‘How do I get that emotion to read?’” she says. Shi revealed that she re-storyboarded the ending of the short the most, trying to find the perfect balance of emotions. “We didn’t want to spell it out too clearly.” 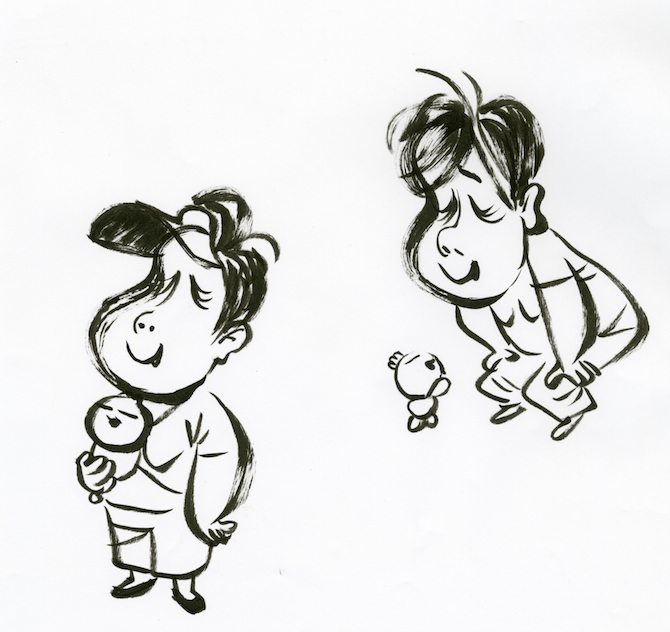 Now that the reviews and feedback have come in, Shi has taken away one lesson from the entire process: to allow people to do their job and trust that they can do it well. This took letting go of some creative control. Throughout the entire process, Bao was touched by at least 100 people and at one point had 30 people working on it at the same time. “Your job [as director] is just to point the compass sort of in the right direction, but just be open and curious to other people on your crew bringing in their own take and their own point of view,” she says.