The storyfire: Learning to Listen 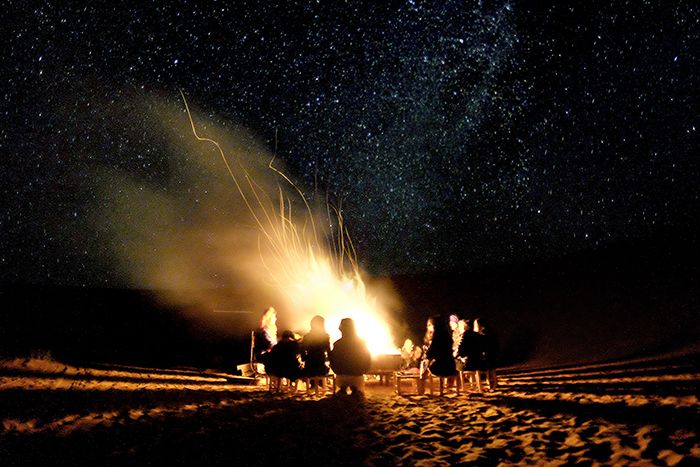 Photo by Wenni Zhou for Unsplash

What indigenous culture can teach us about storytelling

I got one out of left field the other day on LinkedIn, from an indigenous creative professional in Australia named Peter Kirk. Peter is an award-winning director of film and TV, and a very vocal advocate and activist with regard to indigenous issues. We had an exchange, which I’ll admit, started out a little rough. Peter’s LinkedIn note prompted me to research his profile and the subject of indigenous participation in the advertising and design industry. It is a subject I am interested in, but I realized that, even after 40 years in the business, I have yet to encounter anyone of indigenous heritage, and that to write about it would require a good deal of research. I told him I needed more time to consider it as an editorial subject.

Wrong answer. Peter was not pleased with my response, voicing his frustration with industry leaders who tend to talk a good game but never do anything about it. He read my hesitation as a veiled dismissal. “It’s never a bad time for a conversation about exclusion,” he said. So I asked him if he’d like to jump on a call to discuss it.

As we delved into the subject, he mentioned something that really caught my attention. He said he was going to give a talk about the value of indigenous storytelling in a brand communications context. Given the fact that this word ‘storytelling’ has captured the imagination of so many people in the marketing world (despite the fact that we have been telling each other stories for 150,000 years), I was anxious to understand Peter’s take on it. “What is the difference between indigenous storytelling and any other kind?” I asked.

“The campfire,” he said. “For indigenous people, the campfire is the sacred place where stories are shared. When we choose to sit around it, we automatically acknowledge respect and empathy for the storyteller. The campfire reminds us that we are compelled to listen to what she has to say, with minds and hearts completely open.”

In other words, the indigenous talents of conveying empathy and good listening have a lot to teach people in brand communications. Agencies and firms would do well to learn this skill. Just imagine if creative professionals actually took the time to listen to what their clients and customers had to say. And I don’t mean social listening. Nor do I mean watching from behind a two-way mirror. Or looking at marketing surveys. I mean ‘sitting-in-a-room-and-looking-them-in-the-eye’ listening, preferably their own room, not in some windowless research facility.

As an industry, we are so tone deaf to the realities that surround us, especially when it comes to diversity in the creative workplace. (See our last issue, The Herstory of Advertising). The worlds of advertising and design are among the last bastions of racism, ageism, and sexism. Do we need to wait until the next generation takes over to change that?