This Book Is Not a Toy. Except It Kinda Is... 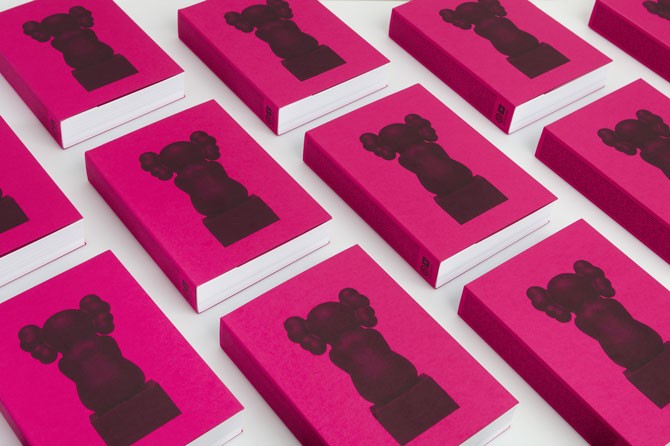 Just like the eponymous exhibition before it, the new editorial retrospective of This is Not a Toy is a feat of mammoth proportions.

The 448-page book, created by Toronto’s Blok Design in a follow-up to its exhibit design of This is Not a Toy at Toronto’s Design Exchange museum last year, is an in-depth companion guide to the successful show — which was guest curated by musician Pharrell Williams alongside Design Exchange curators John Wee Tom and Sara Nickleson.

Given that the exhibit was the one of the first worldwide to explore the conceptual art sculptures known as designer urban toys, “We took it as an opportunity for the book to not just be a collective memory of the show, but to explore the genre in a deeper way,” says Marta Cutler, partner and writer at Blok Design. “It was about creating a format that conveys the weight of the subject matter. Designer urban toys have a dark side, and a wit and a humour to them. So we thought about how we could embed those characteristics into the book format.”

The book, which pulls its colour cues from Blok’s fantastical, vibrant exhibition design, goes far beyond simply including standard specs about each featured piece. Work not included in the This is Not a Toy exhibit appears inside, and each piece includes a lengthy written component in an effort to convey what's made these collectibles such a significant example of street culture, pop culture and contemporary art. Cutler credits curators Nickleson and Tom with pulling together such thorough communiqués that the book, even in pre-order, has already become the go-to guide on the subject. “What was important was that each piece had context. From what we’ve been hearing, it’s the first book that’s taken a deeper look into the genre and treat it as a serious art form.” Several international, high-end art and fashion shops, such as Kid Robot in Japan and Colette in Paris, are stocking the book to sell in-store.

For those retailers, Blok’s design decisions only serve to enhance the subject matter. In considering what to feature on the cover, the team wanted something that would come to represent the whole exhibition, eventually settling on a rendering of “Companion (Passing Through)” by Brooklyn-based artist KAWS. “The genre is about twists and turns, so we put the back of the toy on the front cover, and the front of the toy on the back cover,” says Cutler. “The whole show is about provoking the way you think about the genre; it’s forcing you to rethink. The book had to do the same thing.” 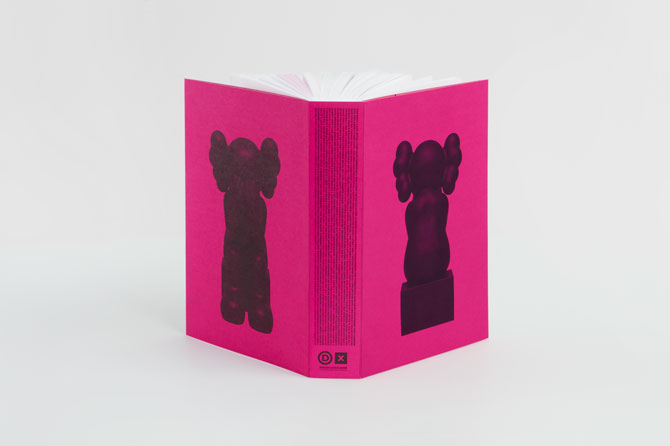 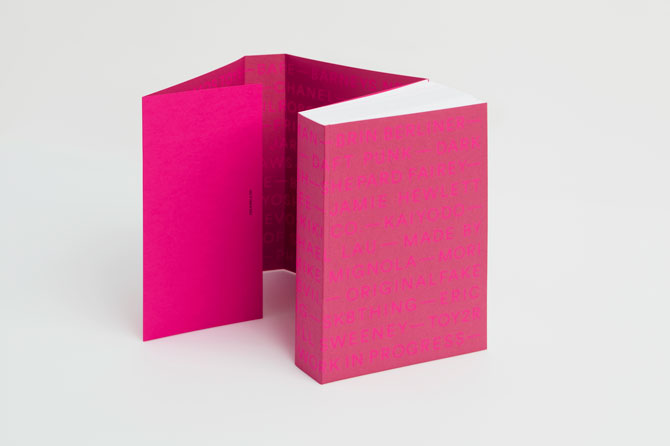 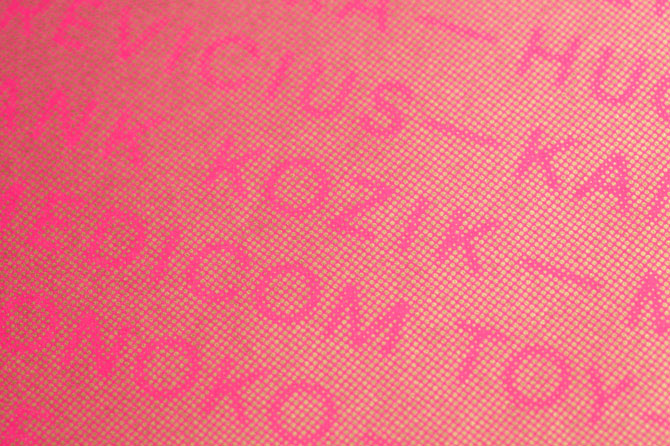 This also meant the cover itself should have an impact beyond just the featured image. The foldout cover “wraps” the book and highlights the name of every artist included, finished with a double-copper ink treatment. “It gives a nod to some of the more glamorous aspects of the cultural appropriation inside,” Cutler says. “For example, there are some [toys] that are cross-pollinations by famous designers, such as the Be@rbricks done with Chanel. It’s a sly nod to the pop culture form.”

As another entry point for the reader, the spine contains the name of every piece featured in the book — most of which were quite humourous, Cutler says. To further encourage people to interact with the tome, Blok skipped placing the title on the book and instead produced 3D soft stickers that can be placed anywhere the reader desires.

With the conscious decision to take the guide beyond a regular exhibition catalogue, Cutler and co. forwent organizing the content by artist and composed the book in a more abstract way to bring the reader through the themes explored in the exhibition. “We wanted to take the viewer on an intuitive, emotional journey. The way we think about books is that they are truly like music — they have rhythm, and a flow, and pauses,” she explains. “It wasn’t an easy undertaking, but Shauna Levy, the director at Design Exchange, recognized that it was a really important book to do. She gave us her full support to go forward.”

In the end, Cutler says, “It was really a wonderful and collaborative effort between the curators and ourselves.”

The This is Not a Toy book is already sold out on the Design Exchange online shop. Visit the D/X website for more information on global stockists. 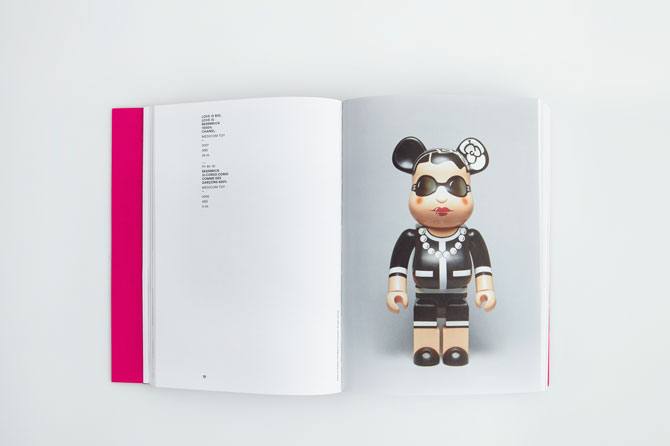 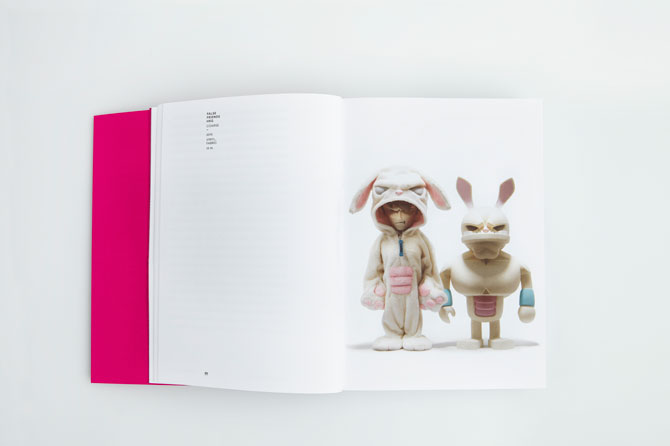 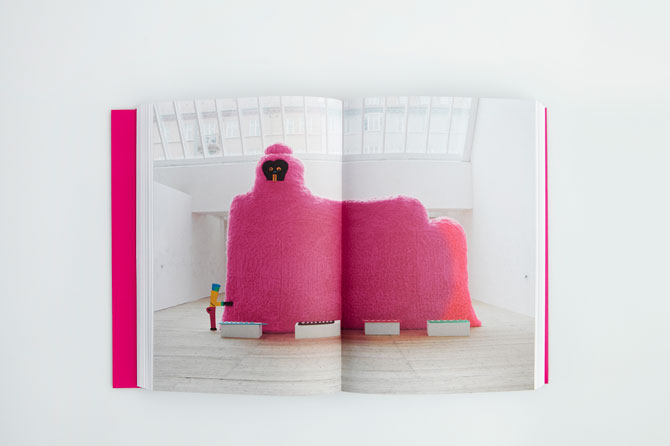 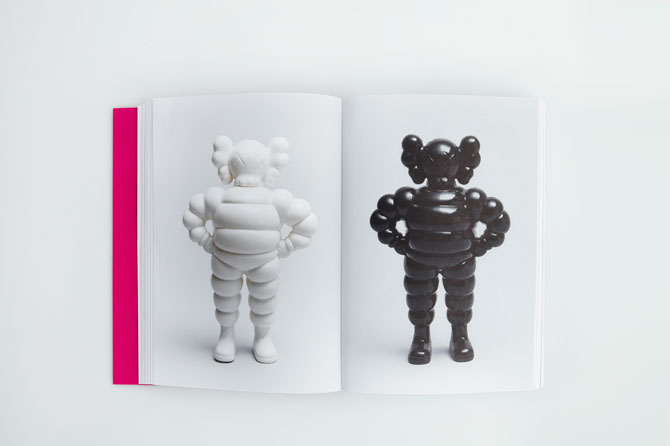 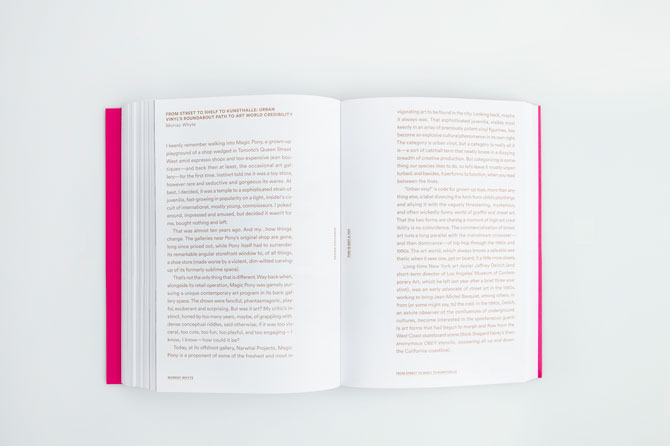 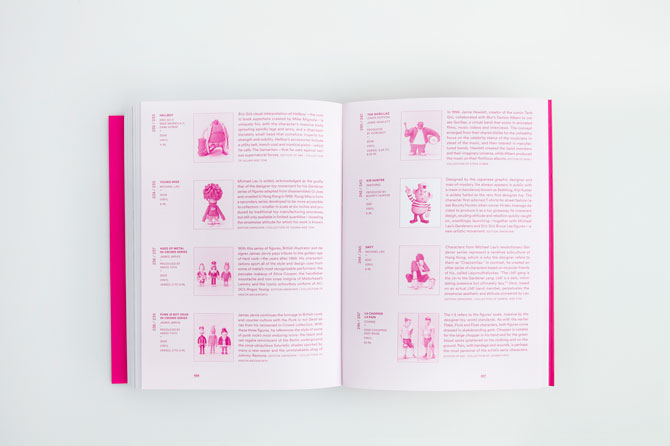