Travel Photography is Good for the Soul 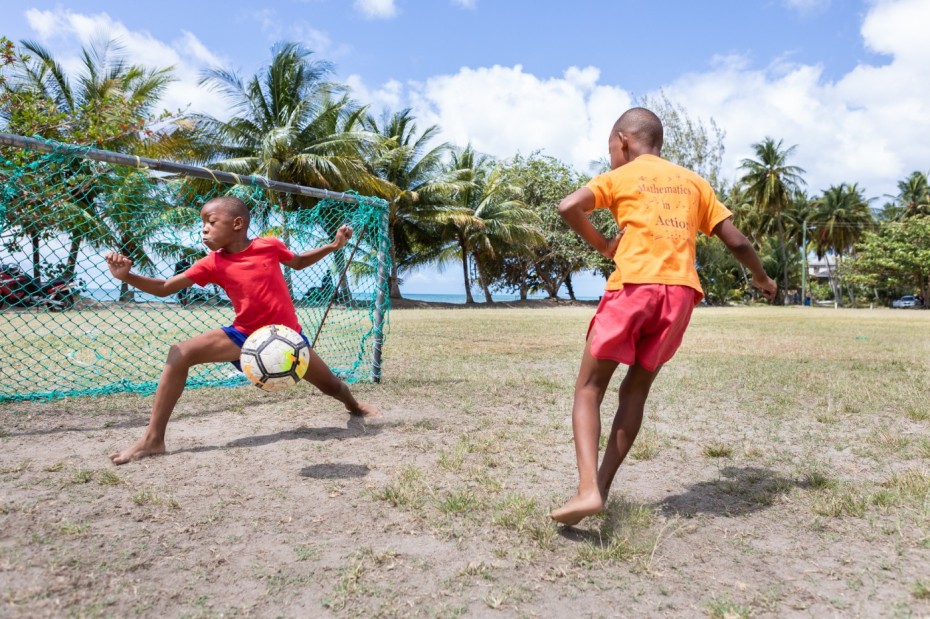 THE DAY THE WHO DECLARED THE CORONAVIRUS A GLOBAL PANDEMIC WAS THE SAME DAY MY FAMILY AND I LANDED IN THE SLEEPY TOWN OF LABORIE, IN ST LUCIA.

I had been dreaming of this trip for months as I had recently purchased an underwater housing and this trip provided the perfect opportunity to play underwater. Within a day of arrival, the Canadian PM Justin Trudeau urged all travellers to return home to avoid being stuck abroad. Airports around the world started closing. We heard reports of people hoarding at supermarkets. Our friends and family texted us non-stop as they began self-isolation measures back home. Meanwhile, we did our best to stay present – to soak in the vitamin D that our wintry skin desperately needed. To live in the moment, and not worry about the global pandemic. Just a few days of relaxation, that’s all we needed.

Armed with my camera, I decided to make the best of the situation. I was introduced to the Laborie Steel Pan Project, which gives youth the opportunity to engage in meaningful social activity, develop new musical skills and gain self-confidence in the process. I had the pleasure of photographing their last practice as the government declared school closures the very next day. 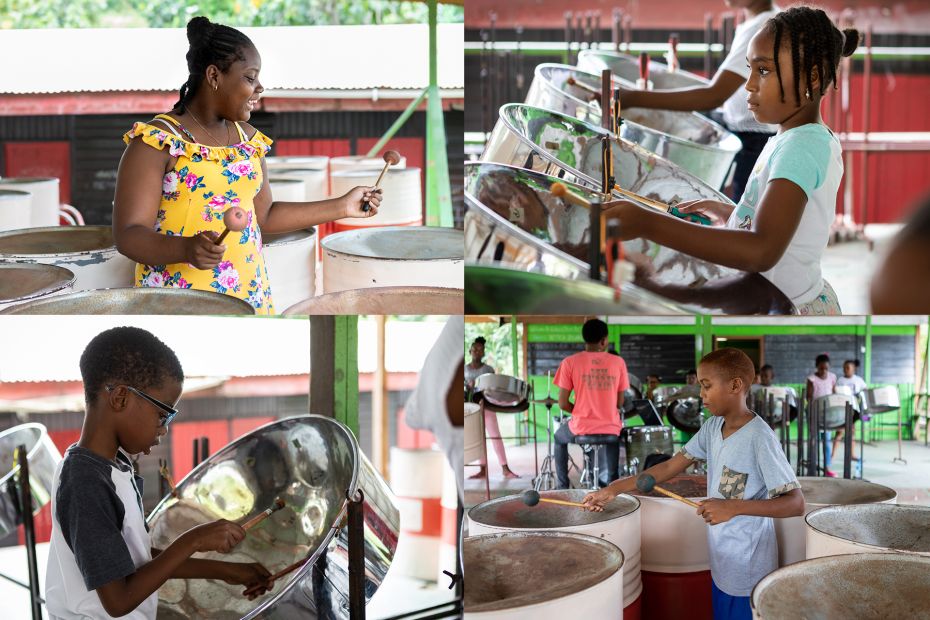 Roaming the local beach, I captured images of youth playing soccer, of spearfishermen returning to the shore with their bounty, of children, excited to have another beach day. 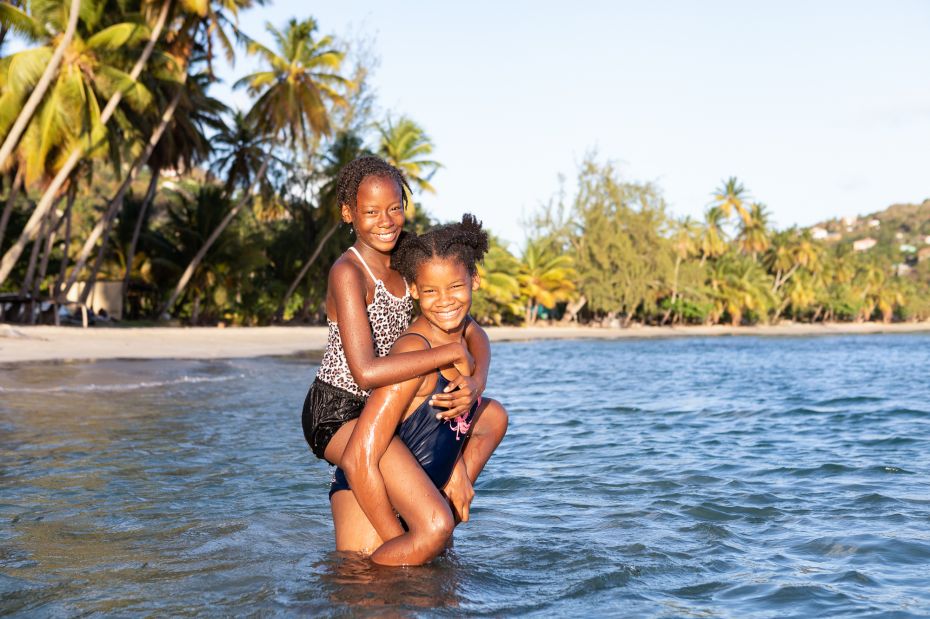 At one point, I saw a group of swimmers training together and learned that they were the Southern Flying Fish Swim Club. Their pool had just closed so they came to the sea to train for an upcoming swim meet. That meet, of course, was cancelled the next day. 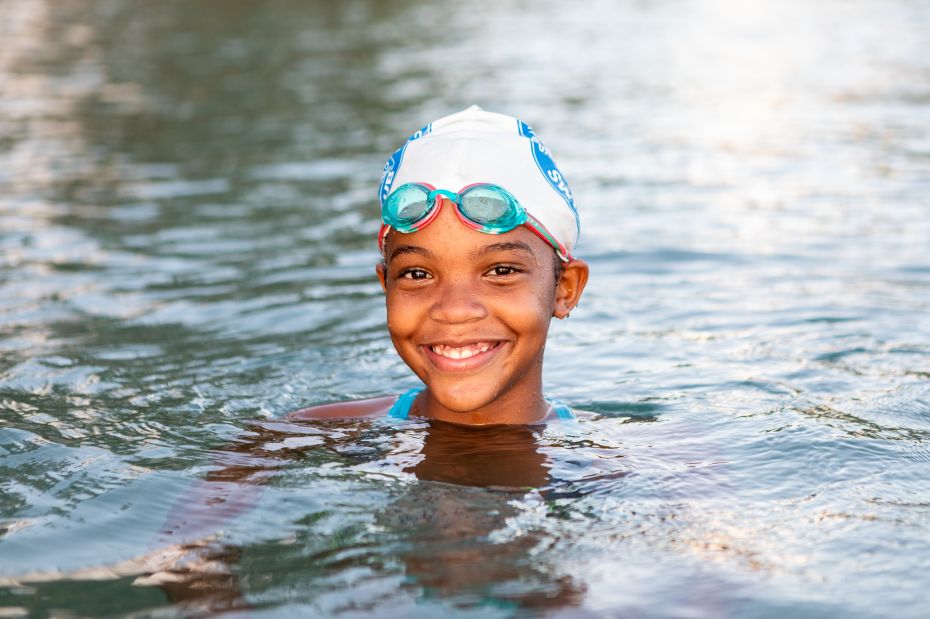 When I saw floating plastic bottles close to shore, I learned that underneath them on ropes tied down by rocks was a sustainable sea moss cultivation. Sea moss also known as Irish moss is a colourful algae that is touted as being a superfood and is often made into a drink mixed with peanut butter called peanut punch. One Saturday morning, I woke up at 5 am to photograph the local farmer’s market and was delighted to savour some tropical fruit.

Another day, we decided to go on an adventure and took the local bus to a nearby river. Our bus driver Garvin informed us that he had just come from an emergency meeting for all bus drivers across the island. Of the 400 registered bus drivers, only 4 including himself attended it. He had learned about how to keep himself safe by washing his hands, as hand sanitizer was difficult to find on the island.

Although seemingly removed from the global pandemic, St Lucia too had fallen victim to this nasty virus as 2 foreign travellers had already been confirmed.  While my initial expectations for this trip was to relax on the beach, the reality was that while the beach was relaxing, it was the local culture that invigorated me. Somehow, in such a short matter of time, we were welcomed into this friendly community, like their adopted family members. Life surrounded us and ultimately, it is the smiles in these photographs that connected me to this beautiful island. 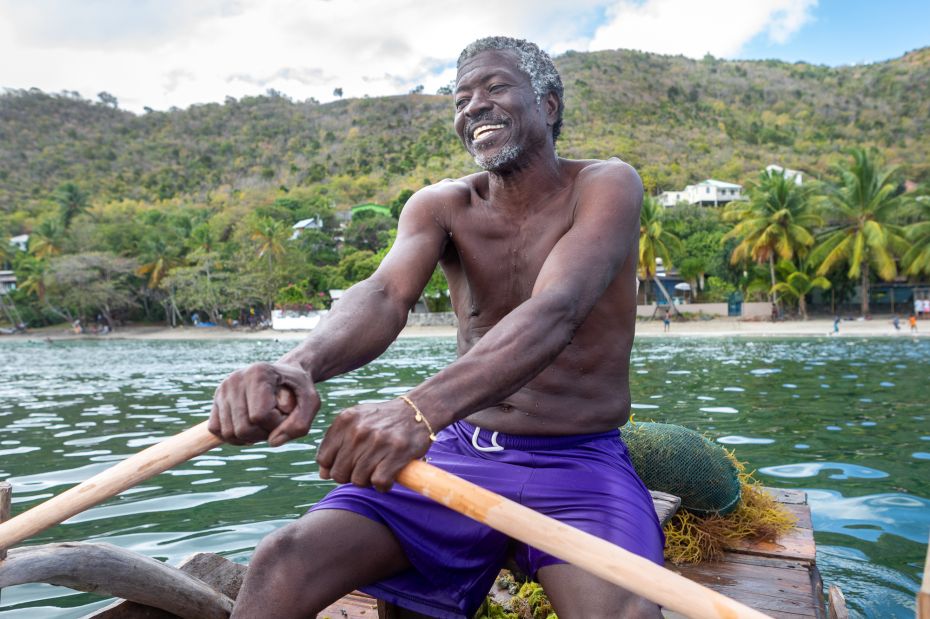 While my days were saturated with life, my evenings were spent scouring the news, as the world appeared to be spiralling out of control. As hard as it was for us to cut our trip short, we knew that with so much uncertainty, it was wise to return home while we still had the option. With heavy hearts, we left the turquoise waters, the bright-coloured town and the beaming smiles not knowing when we would be able to return.

Upon arriving home in Toronto, Canada, I have spent my time in isolation looking back at these images, grateful to have shared those moments with so many friendly and beautiful people. And in spite of my plan to spend as much time playing underwater with my camera housing, the reality was that it was “over-water” so to speak, that I got to play. I am forever grateful to everyone I met who shared their light with me during a time when everywhere else, it darkness surrounded us.

One thing is for certain – once travel is an option again, the first trip I’ll take will be to return to St Lucia.