Will Novosedlik on the power of design activism 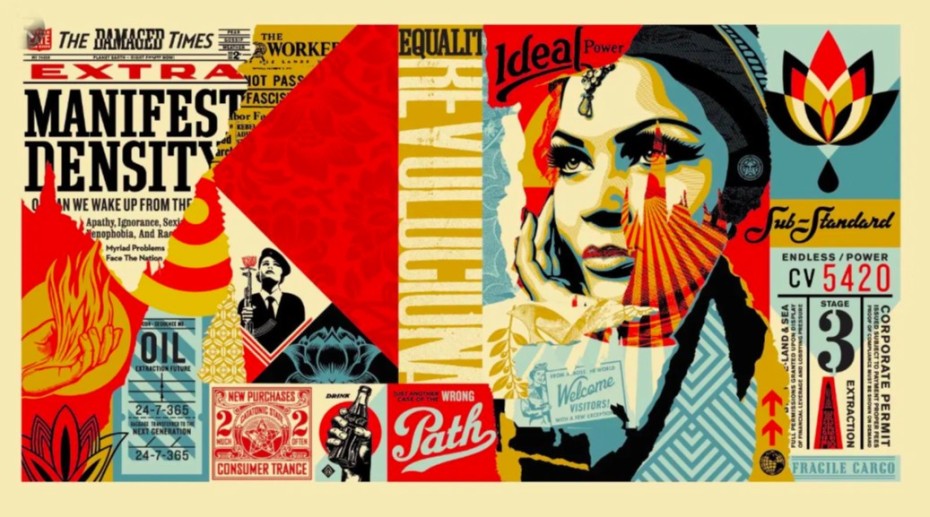 Hard to have missed being exposed to the imagery of American artist Shepard Fairey in the last 12 years.

Famous for the ‘HOPE’ poster designed to support Barack Obama during the 2008 US presidential election, Fairey has since taken on the role of graphic activist at large, tackling subjects like immigration, racism, sexism and neoliberal economics with an unflinching eye and razor-sharp wit. With high irony and clear condemnation he famously appropriates the visual tropes of both constructivism and socialist realism to comment on the excesses of capitalism.

Well if Obama had his Fairey, Trump has his Gonzalez. Edel Gonzalez, that is. To quote a 2018 article in the Cuban Art News , he has been hailed as “the preeminent illustrator of the Trump era” by the magazine Fast Company, and “la piedra en el zapato del primer año de Trump”—the stone in the shoe of Trump’s first year—by the Colombian magazine Semana”.

And what a stone it is. Working for magazines like TIME and Germany’s Der Spiegel, no one has visually skewered the pompous POTUS with as much gusto and conceptual precision as the Cuban-born Gonzalez. 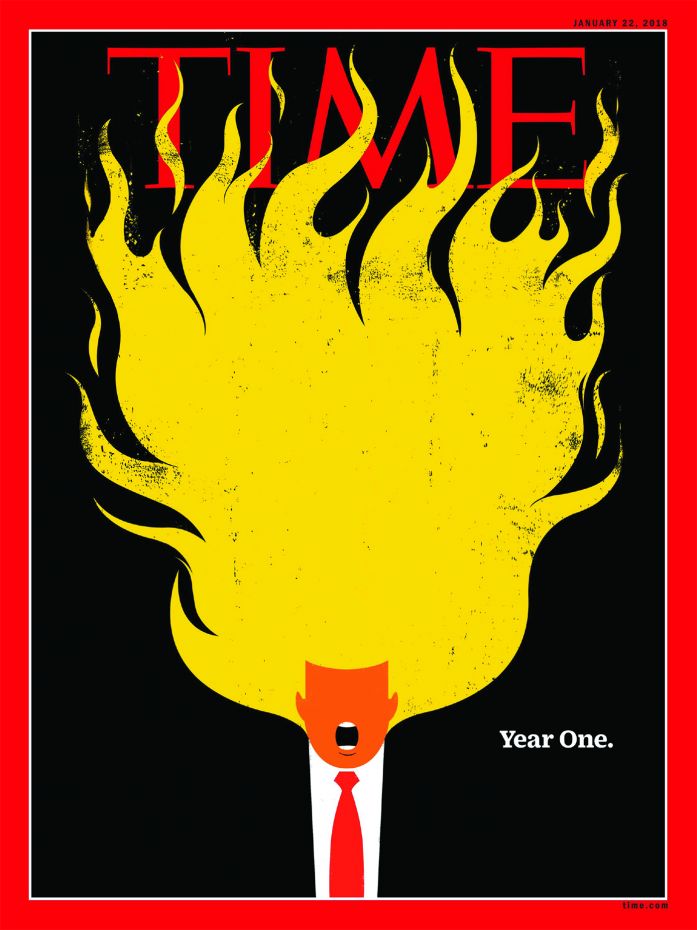 Gonzalez has capitalized on two of Trump’s most recognizable physical features – his impossibly orange complexion and his cringe-inducing, anti-Newtonian comb-over – and turned them into a series of iconic visual puns that brilliantly capture the essence of his massive narcissism, erratic behaviour and constant threat to political order. 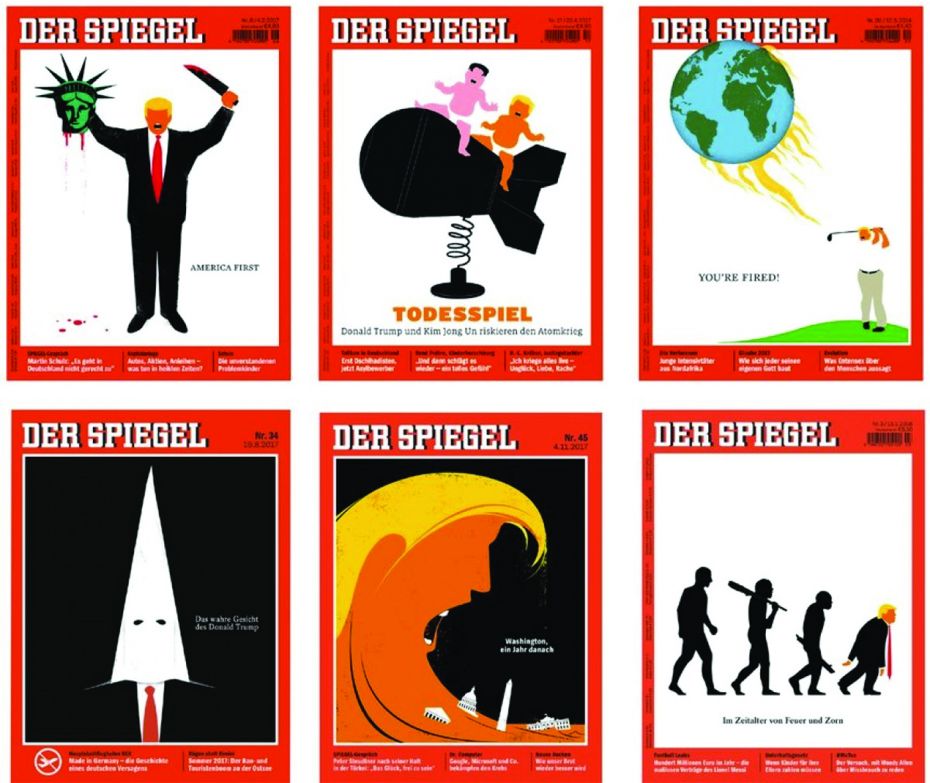 Despite how much I would love to see more and more of Gonzalez’ masterful depiction of the worst US president ever to hold office, let’s hope we don’t endure another 4 years of him.

On the other hand, it would be interesting to see how far the artist could push it. Viva Gonzalez!