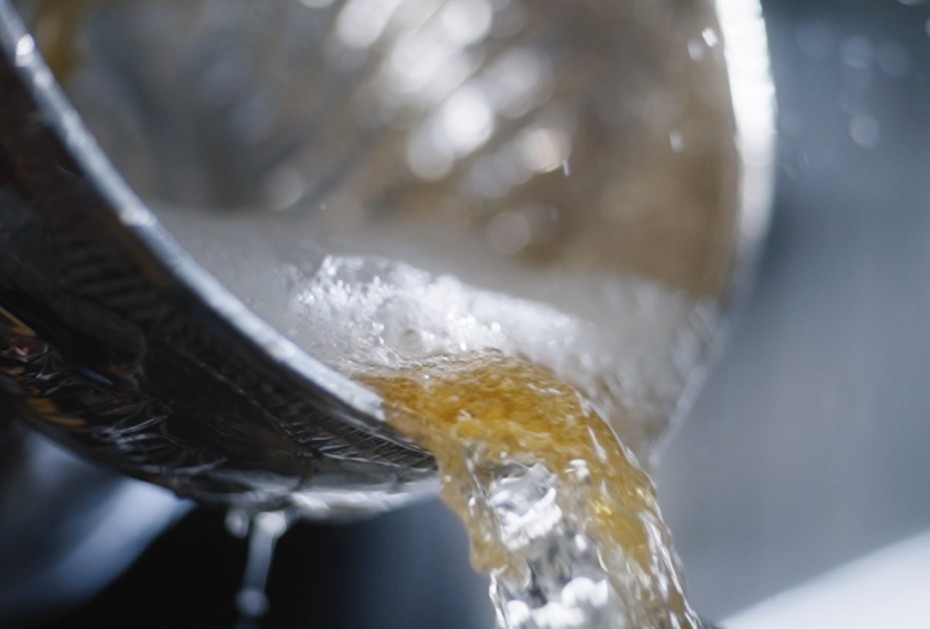 Our 2021 Advertising Awards judge Aaron Starkman leads Rethink— the back-to-back Canadian agency of the year. He is currently ranked as the #1 creative director in Canada, with his recent work including Heinz puzzle and tilted label campaign, the Cannes Lions winning Molson passport fridge, the Cannes Lions winning UBER Breathalyzer, and WestJet’s Guinness world record breaking Desert Roulette, receiving praise beyond the advertising world and penetrating the mainstream with the likes of Jimmy Kimmel and Ellen Degeneres. In 2019, Aaron was listed as one of the 100 most creative people in the world by Adweek Creative, a list that included luminaries such as Ryan Reynolds, Lebron James and Lizzo. BuzzFeed named one of his ads the # 1 commercial in the history of Cannes. He actively tries to inspire the next generation of industry professionals with his podcast, ‎IOFA with Aaron Starkman, Adweek’s 2019 advertising podcast of the year.

It was a great pleasure and honour having Aaron on our awards jury, and we reached out to him to share a recent project he was particularly proud of, and what he picked was innovative and deeply Canadian. Read about it below! 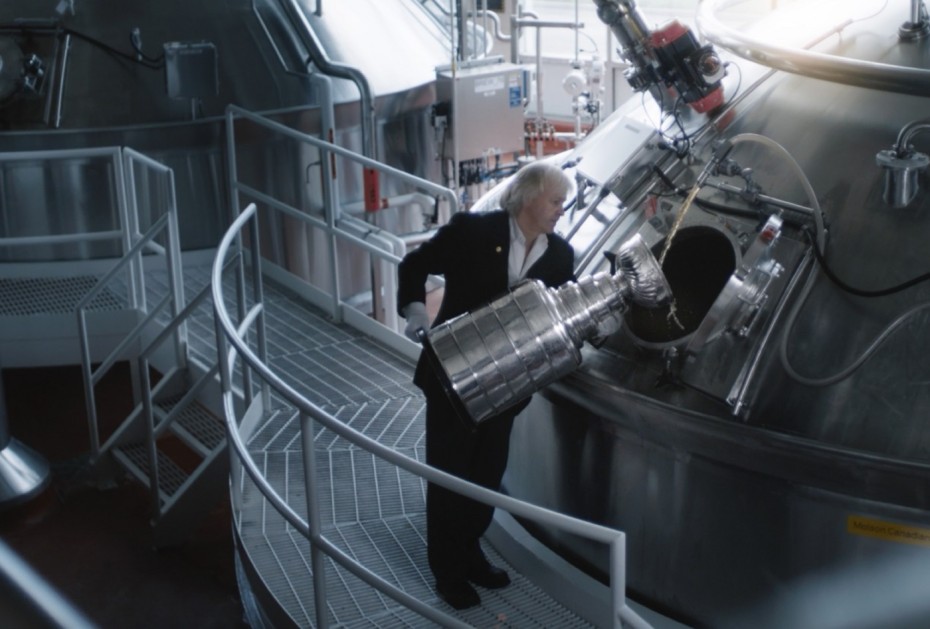 In Canada, hockey is more than our official sport. It’s a culture, a religion, and a unifying force in a world that increasingly feels divisive. Hockey is more than a game; it’s a sport that defines our nation.

As an iconic symbol of this beloved game, the Stanley Cup is one of the most famous trophies in all of sports. 128 years later, the Stanley Cup remains the coveted trophy for which NHL teams battle to hoist above their heads each season.

As the eponymous beer for Canadians, Molson Canadian has served as the unofficial beer of hockey and has been there for every win of the Cup for over 50 years. But, American competitors like Budweiser have tried to invade our territory by outspending us. We weren’t going to stand for it.

So, we had to do something big. After six months of building back hockey equity and demanding attention, we needed to earn back our share of hearts and minds, and reclaim the mantle as the beer of hockey.

Every Canadian hockey fan grows up dreaming of winning the Stanley Cup. And the greatest tradition of all, drinking beer from Lord Stanley’s Mug. But that action is reserved only for Stanley Cup winners. But as the official beer sponsor of the NHL, if there was ever a brand that could bring that dream to life, it’s Molson. We have the access that every fan wishes they had. So we thought like a fan and approached the NHL with a fan forward idea.

To reclaim our spot in the fridges of Canada’s hockey fans, we needed to win over the hearts of rookie and diehard fans alike. The fan who used to walk around with their skates on to break them in before their first game. The fan who dreamed of going all the way, but blew out their knee in the minor leagues. The fan whose dreams will never die thanks to beer league. The fan who believes year-over-year that this is the year the Leafs will win the Cup.

So we pitched it: let’s bring the Stanley Cup to a Molson Canadian brewery to do something never done before and pass our beer through the bowl. Then, let’s bottle it to create a limited-edition batch and give all fans a chance to do what every Canadian dreams of: to drink from the Stanley Cup. The NHL said—Yes.

We went through multiple rounds of testing and innovation, creating special rigs so that beer could flow through the bowl and into the vat. From there, it hit the bottling line, was placed in specially designed packs, and the Stanley Cup batch was then distributed at retailers across the country.

We launched with a big bang. On the June 6th edition of Hockey Night In Canada during the Montreal Canadiens vs. Winnipeg Jets game, Ron MacLean himself gave a personal introduction to our innovation before a special viewing of the :60 TV spot. In addition, paid media supported an online flight of the :30 and :15 cutdowns.

We were fortunate enough to have Brad May and Willie Mitchell as spokespeople speaking of their memories winning the Cup with media outlets. We also created seeding kits including the Stanley Cup batch beer along with special white gloves to Stanley Cup-winning NHL alumni such as Paul Coffey, Dave Bolland, and Kris Versteeg to give them the opportunity to relive those wins. 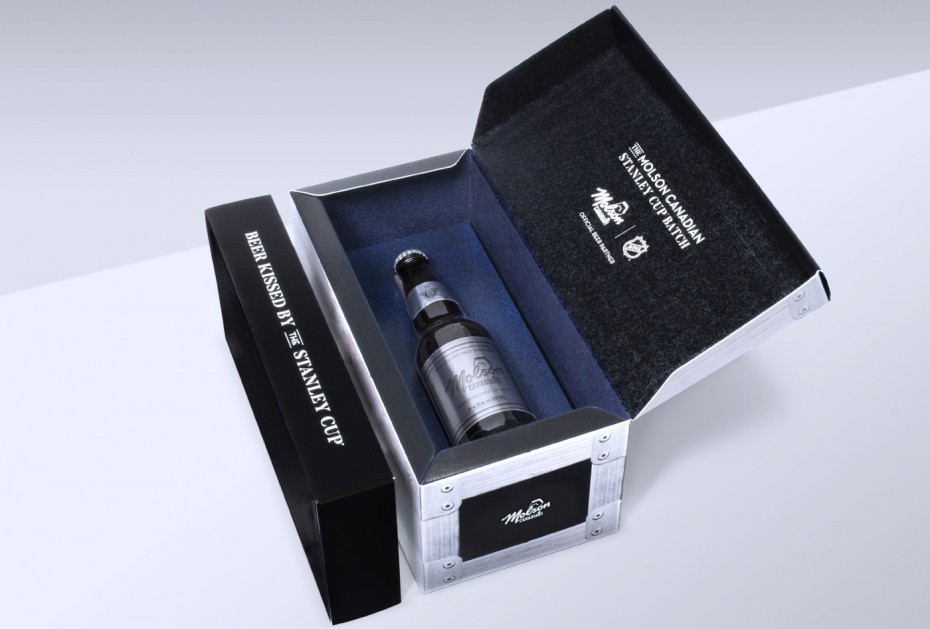 The campaign was broadcast nationally during Hockey Night in Canada earning over 3 million placements within the first 24 hours and an additional 8 million people tuned in for the June 6th edition of Hockey Night In Canada. Following, we reached a total of nearly 15 million earned media impressions from 194 placements during the campaign period, with an additional 5.1 million OLV impressions and 4.2 million paid social impressions from NHL alumni content.

With bottles made available from British Columbia to Newfoundland, Molson Canadian brought dreams to life for hockey fans across the country. Volumes of the 6-pack SKU were +27.8% versus the plan, and +3.3% versus last year nationally. From a distribution perspective, the new SKU listings in New Brunswick and PEI had 70% distribution amongst both provinces, with overall distribution +1% versus last year.

We are grateful for Aaron and Rethink for sharing the insights behind this wonderful project, and to Aaron for sharing his time and expertise on our jury. You can see more of Rethink’s work on their website here, their Twitter here, their Instagram here, and their LinkedIn here.