Jaimes Zentil was born in Toronto in 1977. He owes an early pop culture addiction to his dad, who owned and operated a string of indie VHS rental stores and video game arcades back when “cool shit” (his words, not ours, but we sympathize) like that still existed. Jaimes has been in the industry a long time and so he’s basically won all the same awards as everybody else. Over the past five years­­, Jaimes has been working with partner Craig McIntosh as Executive Creative Director at Cossette. He says he loves “most” of the awesome people that work there (again, his words, not ours). Jaimes has a full back piece tattoo of a birthmark.

Now that’s the kind of honesty we appreciate in an Advertising Awards judge! We asked Jaimes to share a recent project he was honestly proud of and he chose a cracking one created by Cossette CDs Nicole Ellerton and Jacob Greer, which they discuss here.

Because this campaign was speaking to “us,” to people in the communications and advertising community, we knew it needed to not pull any punches. It needed to be as dark and funny and real as it could possibly be so its audience would embrace it and know it’s for them and by them.

We chose a saltine cracker for a few reasons. It gives perspective on the stakes of what we do, imagine damaging your mental health for the sake of a low-fat cracker. Crumbles (our name for the cracker) also know what it’s like to crack under pressure.

We decided to make it a song partly to contrast the darkness of the lyrics, but also as a nod to the song and dance we ourselves do trying to pretend we’re fine when we’re actually overwhelmed. 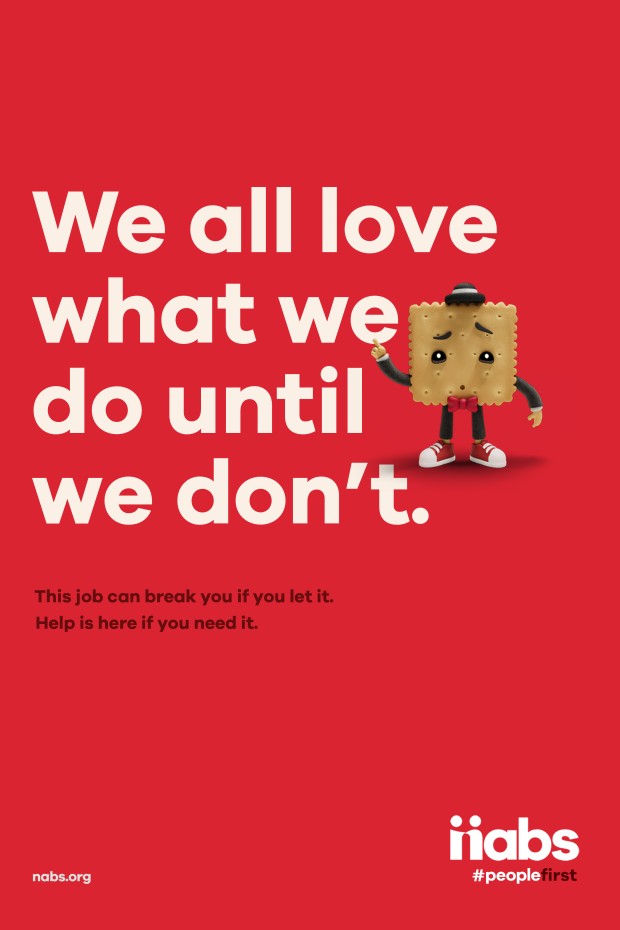 Of course, raising awareness of NABS was the goal of the work. We wanted to see an increase in site traffic and put it on people's radars in the industry here. It’s a very important organization that does a lot for our community, but over the years it’s become most well-known to HR professionals in the business, but was less known to younger people as a resource they could turn to.

Seeing it picked up by industry trades was also one of the aims. Burnout and work-life balance has been an ongoing conversation in our world for years, but of all the PSAs that do great things for great causes there hadn’t really been one for us. So, seeing it resonate and be shared and talked about on the sites and by the people our people go to daily was an indicator that it was striking the note we wanted it to. We hope that it’s generating a lot of healthy conversations about what we can do, collectively, to avoid burnout and being more cognisant of our priorities so that our passions don't overwhelm us.

Our director, Edward Andrews, comes from a VFX background and what we originally saw as a saltine more or less just doing a jig and singing a song on a desk became a very ambitious shoot. His treatment brought so much fun and vision and scale to the project from its initial concept that it blew our minds.

As a PSA our budget was a challenge and given the context of the work, we didn't want to put anyone in a situation where they were overworking on this thing about overworking, so when it came to animation, we adjusted our launch timing to allow for a paced development of the work.

A member of the creative team had to sing the song in a number of presentations internally, to the client and to our partners who helped make it. They couldn't carry a tune in a bucket, but they did their best. After casting and hearing some great voices we realized the slightly less polished voice had grown on us and we ended up reaching out to another director friend who sings in a local punk band to be the voice of Crumbles.

We left a lot of lyrics we loved on the table to keep the video down to a reasonable length. In the end we wanted the themes to feel broadly relatable, but cheating sweethearts, missed funerals and night-staff crushes might appear if Crumbles makes a return. 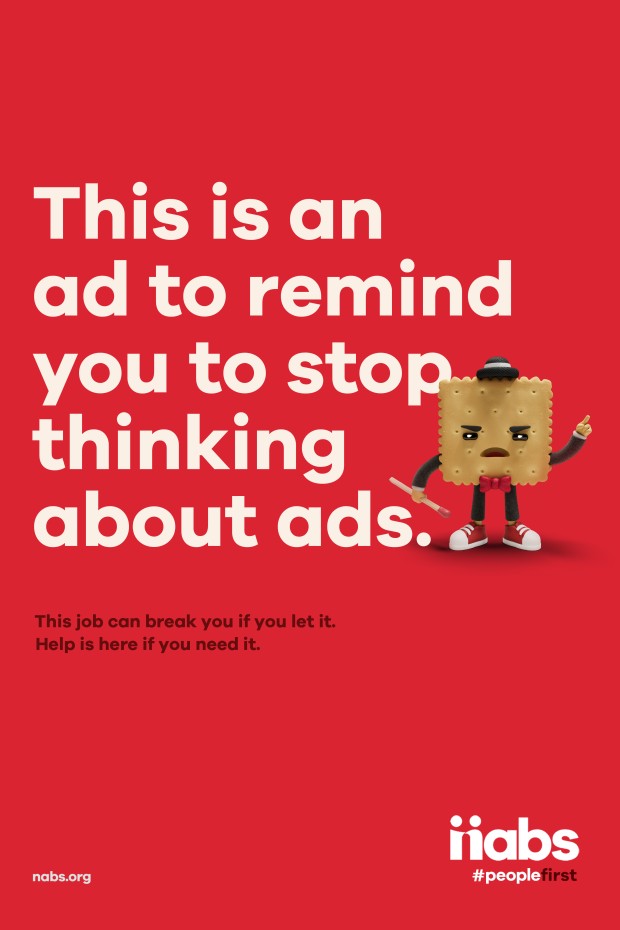 From the start, everyone involved in the project—both at the agency and our production partners, got excited about it, which is always a great sign. And we all wanted it to live up to the potential we hoped it had. That care can be seen in the craft of the piece from the work of our director and his production company, our songwriting partners and vfx/animation partners, everyone just really connected with the project and it became personal for all of us.

With the pandemic, we’ve experienced first-hand how our lives have obviously changed drastically and while we were all pushing the limits of our bandwidth before, working from home and the general anxiety of the times has us feeling a little more fragile now. It highlighted our need for rest and the importance for downtime and support. So, the timing was a huge contributor to the success of the work as well.  It’s a conversation people are finally ready to have in a real way and hopefully the work can be a part of starting that within the walls of those who’ve watched it.

Agency: Cossette
Title: This Job Can Break You