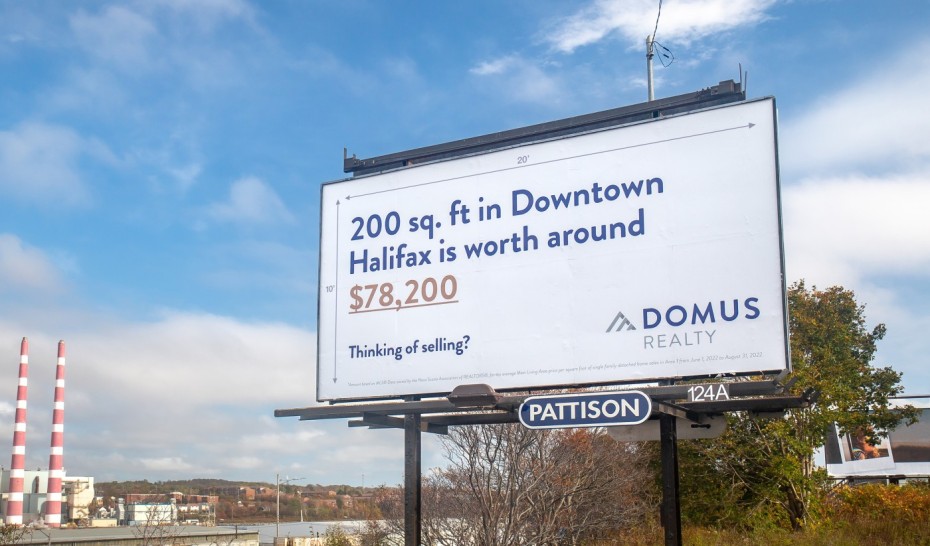 Our 2022 Applied Arts Advertising Awards juror, Stephen Flynn, Creative Director, Wunder, Halifax Nova Scotia, shared with us his recent "200 Square Feet" campaign for client Domus Realty. This campaign is a huge hit and is garnering attention and coverage by local news stations such as CTV and Global. A great idea well executed, congrats to team Wunder!!

Stephen supplied us with first with a brief description:

The Halifax housing market has seen significant growth in the past couple of years. But recently things have slowed down a bit. Houses are no longer selling at record-high prices and after only being on the market for a day. But house values are still high, so to reassure homeowners that it’s still a good time to sell, we turned our billboards into physical installations that show people just how valuable their space is. Using recent MLS listing data, we determined the average price per square foot for the various neighbourhoods in the HRM. And with standard billboards being 200 square feet (10’ x 20’), we showed people just how much even a single room in their house is currently worth. 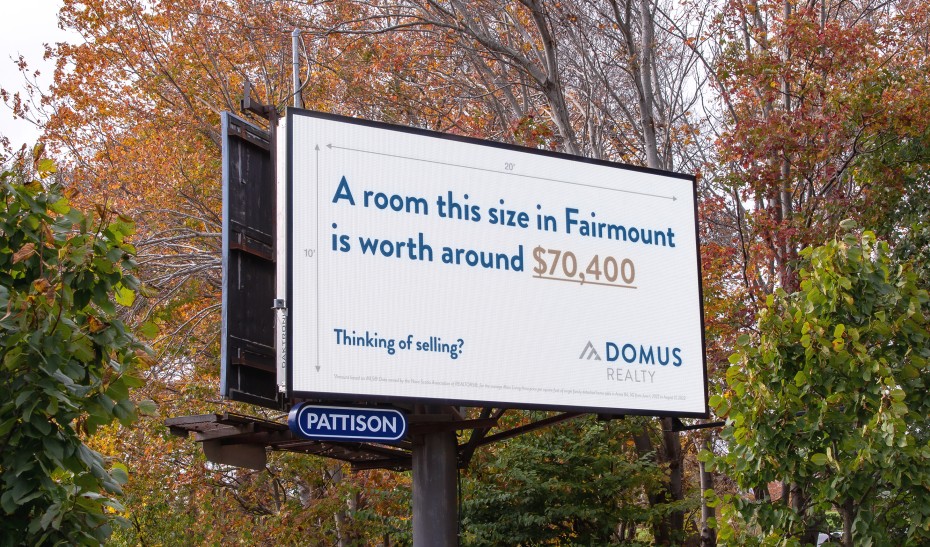 And below his answers to our Q&A on the project:

- What were some unique features of the campaign?

I think what’s unique about this campaign is that it’s pairing data with a very traditional media placement like billboards. Hearing that the housing market is up can be exciting for a homeowner but it’s hard to really know what that means for you. So seeing a physical display of what just your 200 square foot bedroom is worth, really puts things in terms people can quickly grasp.

- What were the success stats or indicators?

The campaign launched this fall, so we’re early days for big results, but without even sending out a press release, people are already talking and several publications have covered the billboards. The key objective and success metric is to increase the number of listings with Domus Realty. In real estate, regardless of what the market is doing, they say you must “list to last”. So although the market has cooled off slightly, we’re hoping this campaign gives homeowners who are considering selling a nudge to list and cash in on their most valuable asset.

- Can you give us some "peeks" behind-the-scenes?

For the most part this project was pretty smooth and straightforward. But there was a minor hiccup with the production files for this. To further drive home the fact that billboards are 200 square feet, our layouts used dimensions indicators to show the 10’ H and 20’ W, almost like you’d see on a floor plan. But the printers assumed this was just left behind from a billboard template and removed it. So prior to launch they had to reprint all of the billboards which was unfortunate.

- Why is this particular project a fave?

For years people have been doing unconventional things with billboards, but that box of doing something completely new continues to get smaller and smaller. So it’s always exciting when we can come up with a solid campaign concept that doesn’t involve attaching something extra to the billboard and just uses the media really effectively in its traditional form. 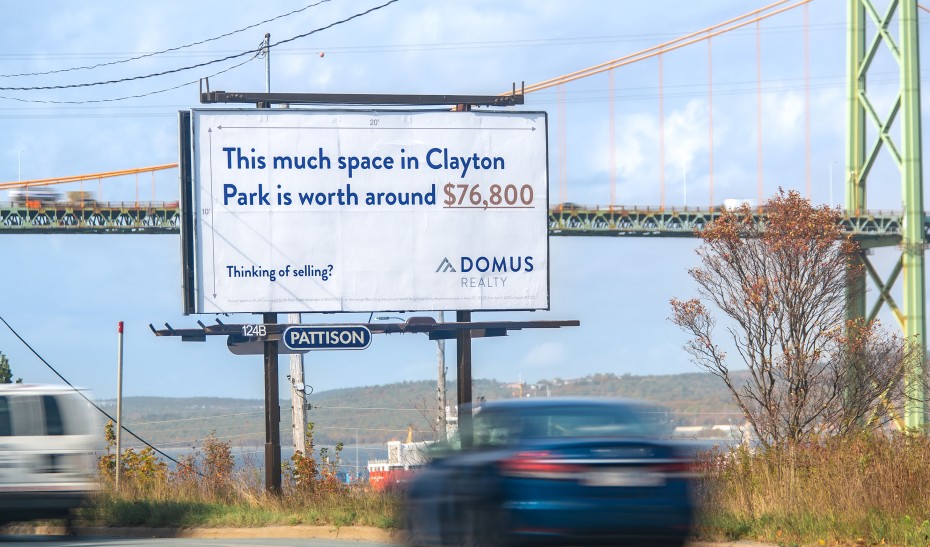 - Can you give us your opinion on what you think made this project a success?

With this concept, we knew we wanted to leverage the physical size of a billboard to draw a comparison to the square footage of a house. But there were a lot of details and numbers we didn’t have access to. So the team at Domus Realty was excited to help us bring this to life and comb through all the recent MLS listings to assign an accurate value to each of our billboards. Typically a client hires an agency to do all of the work, but being able to work together on this one really allowed us make this project a success.