A LOOK AT AMAZING WORK BY OUR 2021 JUDGES

Our 2021 Advertising Awards judge, creative director at Ray, Terri Roberts, was very much up to the task as she has spent nearly two decades in advertising, selling everything from airlines to wieners. She’s helped to create successful campaigns for brands like Newfoundland and Labrador Tourism, McCain, Maple Leaf, Irving Oil, Air Canada, Lamb’s Rum, Air Labrador, Opera on the Avalon, Quidi Vidi Beer, Cape Breton University, and Dairy Farmers of Newfoundland and Labrador. Over the years, Terri has won a host of metal bits and pieces for her work in shows like LlA, Applied Arts, ADCC, Marketing, Extras, Crystals, Atomic, CASSIES, CMA, MIA, HSMAI, PROMO!, and ICE.

We asked her what recent campaign she deemed particularly excellent (maybe even worthy of some new metal bits and pieces) and what she chose is a surreal dairy delight.

We got very silly, but quite on purpose. We wanted to entertain people and position milk as an easy win. We are all weary (as humans) a year into the pandemic. We knew our target audience felt the same. We wanted to speak to that and let people know that it’s OK if you’re not training for marathons and killing it with gourmet dinners seven nights a week. It’s ok just to get through these times and go easy on yourself while also taking care of yourself by getting the nutrition you need. In a way, the campaign gave people permission to aim lower, and to forget about giving it 110% every day. Giving it just 2% more is more than enough.

We focused on digital content that showcased these little (slightly absurd) moments where adding 2% more made all the difference. The creative took a lighthearted approach because, let’s face it, NLers have a great sense of humour and everyone could use a laugh these days.

We also capitalized on the term two per cent. It’s universal shorthand for milk. We saw a huge opportunity to add meaning to the term, telling the story of how milk adds that extra boost of nutrition and energy without a lot of effort.

We had a lot of fun on set. We shot the entire video campaign in one (very hot) August day. But we had lots of cold milk and a lot of wet wardrobe. 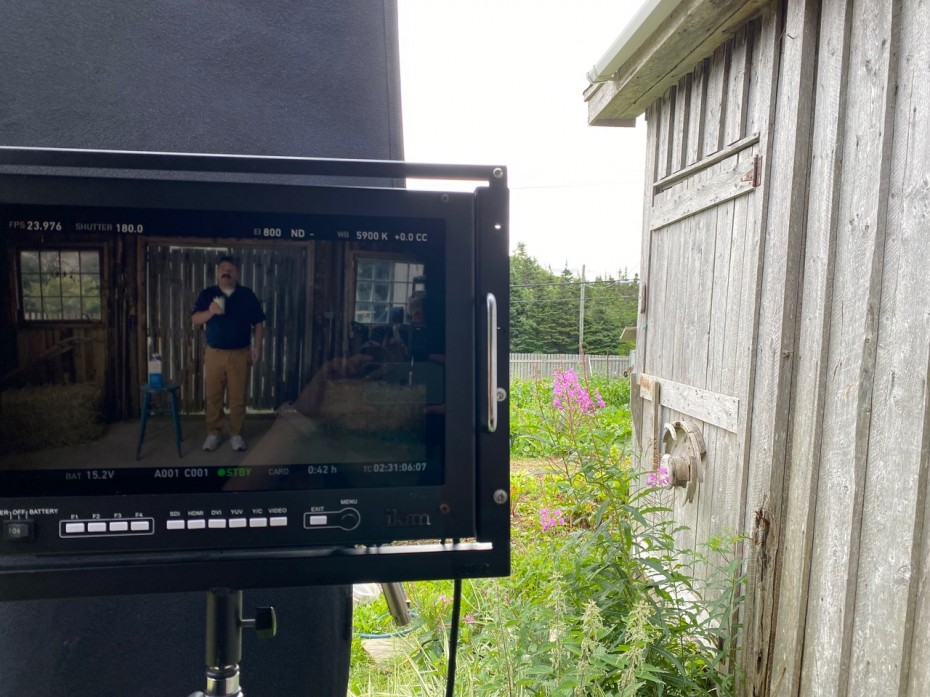 We’ve been working with DFNL for several years. We’ve met the farmers, worked closely with them on the previous campaign, visited and shot in and around the farms. They are also some of the hardest working people I’ve ever met. We have a lot of respect for them and what they do for our province every day of the year. We’ve very fortunate that we’re self-sufficient in fluid milk on the island. That’s a huge thing considering a lot of our food has to be shipped in. It’s also a vital industry in Newfoundland. So we love helping to tell their story, and get our fresh, local milk the attention it deserves.

This was a very big shift from the previous myth busting campaign, No Bull, we did with DFNL a few years ago. And it took a great client relationship and a lot of trust in us as an agency to get it out there. The fact that they trusted us to push the creative and make milk the hero in a really fun way is a huge win.

We are so happy that Terri gave us her 2% this year. You can see more of her work at Ray’s website here.