Welcome to the Real Gilead

When life imitates art, the consequences can be dire 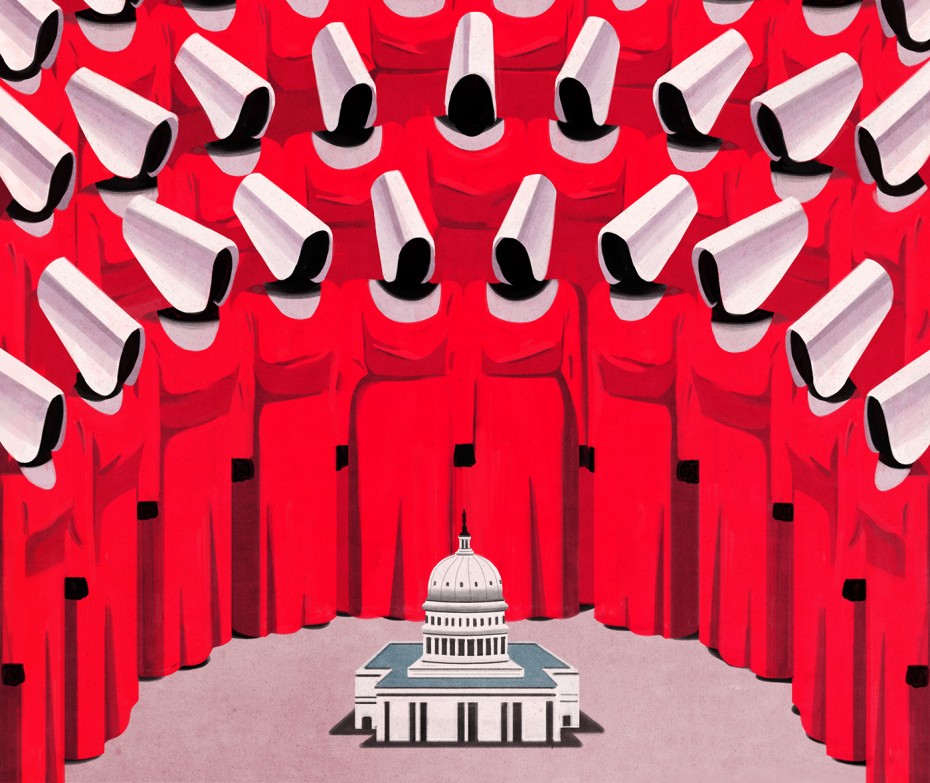 There are few novels that inspire a visual response as robust as that unleashed by Margaret Atwood’s The Handmaid’s Tale.

I read the book back when it was published in 1985. I remember being torn between the anxiety of wanting to know what was going to happen next and the horror of actually finding out. What kept me reading was the false comfort of knowing that the world brought to life by the book was too preposterous to be real, a fantasy too dystopian for our times. Never happen, I told myself.

Boy was I wrong.

In a short essay written for The Atlantic just after the Supreme Court of the United States (SCOTUS) recently leaked Justice Samuel Alito’s opinion that women’s hard-won right to an abortion should be overturned, Margaret Atwood said, in reference to the novel, “I stopped writing it several times, because I considered it too far-fetched. Silly me.”

Life is beginning to imitate art. The United States is in real danger of turning into the theocracy described by the novel. That feeling of being torn between anxiety and horror is back, only for real.

You know the inmates are running the asylum when the gun-toting, bible thumping, rookie Republican congresswoman Lauren Boebert announces “I’m tired of this separation of church and state junk. The church is supposed to direct the government. The government is not supposed to direct the church. That’s not the way our founding fathers intended it.”

The fact that the founding fathers did not mention the word ‘church’ anywhere in the US constitution or in the Declaration of Independence is of no importance to representative Boebert. Nor does it matter to white supremacist Vincent James, who lays it down in a tweeted threat: "We are the Christian Taliban and we will not stop until The Handmaid's Tale is a reality, and even worse than that."

Perhaps no novel since George Orwell’s 1984 has captured the public imagination quite as viscerally as The Handmaid’s Tale. That’s because in both narratives, nothing happens that hasn’t happened before at some point in history. We recognize these dystopias because we’ve already endured some version of them. And if they have existed before, there is no reason to believe they can’t exist again. That is what appears to be happening in America today. 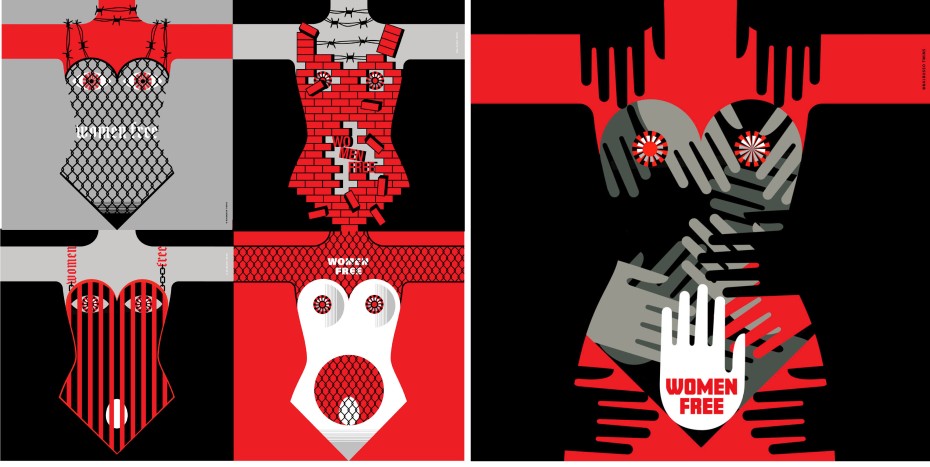 Renowned social critic, journalist and activist Chris Hedges calls it Christian fascism. His 2007 book American Fascists: The Christian Right and the War on America drew a great deal of fire when it was published 14 years ago. The New York Times called it ‘ungrounded theorizing’ and ‘unconvincing speculation’, and the Guardian questioned the accuracy of its evidence. But after events like the Charlottesville protests, the January 6 attack on the Capitol and the latest supreme court decision on reproductive rights, those critics may have to eat some crow.

Frame from ‘Unburnable Book’ by Rethink

A quick google search will show that the illustrations shown here represent a tiny fraction of the imagery inspired by Atwood’s chilling novel. Like Hedges’ book, Atwood’s has been banned in many a school library, a fact that inspired what must be the one of the most pertinent and powerful videos on YouTube right now. Called ‘The Unburnable Book’, it features none other than the formidable Atwood herself, flamethrower in hand, trying to burn a fireproof copy of The Handmaid’s Tale. The stunt, created by agency Rethink, is promoting an auction of the Unburnable Book itself to raise money for PEN America in its battle against censorship.

I am reminded of the deeply ironic - and iconic - lyrics of Leonard Cohen’s ‘Democracy’:

The cradle of the best and the worst

It’s here they’ve got the range

And the machinery for change

And it’s here they’ve got the spiritual thirst

And it’s here the lonely say

That the heart has got to open

If only, Leonard. If only.