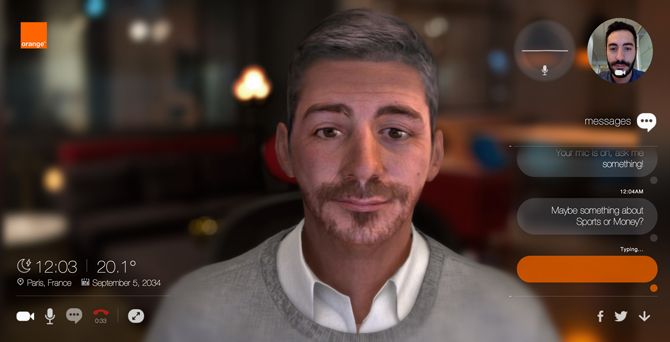 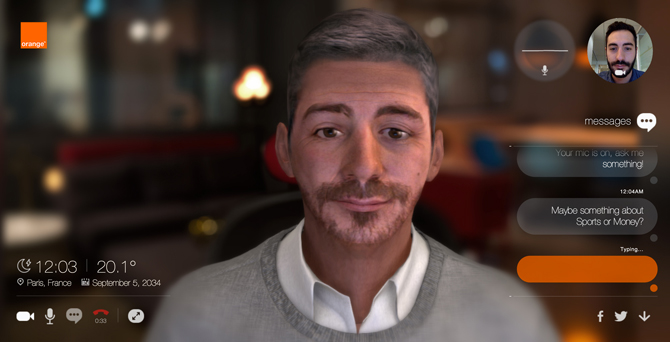 The guessing is over with the cool new #FutureSelf campaign created by a trifecta of creative powerhouses: telecom company Orange, its lead ad agency Publicis Conseil, and Toronto-based interactive studio Jam3.

Jam3 was approached by the Paris-based Publicis to consult on a project for Orange’s 20th anniversary, and then eventually execute it. The idea was to have users visit a website where they could submit a webcam photo and have it modelled into a version of themselves in the year 2034 using digital production. Oh, and you’d be able to talk and interact with your future self, too.

The digital studio delivered, creating the opportunity for users to encounter extremely realistic likenesses of their future selves, all by using a browser platform (#FutureSelf is best viewed on Google Chrome, followed by Firefox). The online experience and campaign is available in English, French and Polish, and the rollout began with a live event and in-store installations in Paris, and will be followed with social media promo, banner ads and online video.

“I don’t think anything like this exists on the web yet,” says Adrian Belina, creative director and partner of Jam3. “I’ve never seen an animated model with recorded data applied to it…and not just any 3D model, but one that looks like you. I don’t think I’ve even seen that in video games.”

Belina says the opportunity to do something focused on the future for a 20th anniversary project speaks to Orange’s innovation. “A 20th anniversary tends to look at history, but as a communications and technology company, Orange thought it would be more interesting to see where life would be at in another 20 years.”

Jam3 was tasked with the project in late spring and spent months working on developing the experience so it was as seamless for the user as possible. Halfway through the project, the team redid the process to make it simpler for people to use. “There are so many steps to make sure it looks like you,” Belina says. “The perfect photo has to be captured where the points can align with your face, what’s your eye colour, did we get your skin colour correct? So user flow was a challenge.”

“It’s been very difficult to generalize the depth of the technology in this project,” he continues. “Something we’ve always made a claim to do is that we can do the impossible. We often use tech that is used elsewhere, and bring digital and advertising to that technology.”

He points to a combination of tools that allowed Jam3 to simulate a user’s age. Developers used technology called Face Shift, often employed by video game studios, to motion-capture a person as they speak lines to ensure the character appears lifelike. “This way, we didn’t have to hand-animate them. It gave the models a realism,” Belina says.

Facial-tracking technology called CLM allowed developers to model a generic head, as well as a generic male and female body, and then they used blend shapes to make the model a more lifelike, realistic reflection of the person using the site. “You can make the nose longer or bigger, the cheeks wider, or we can give you a different chin. It figures out the points of your face and recreates it onto this 3D model,” Belina explains. 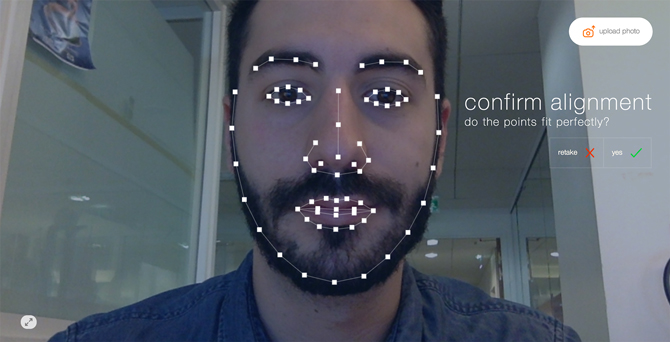 In order to get the 3D models to talk to users, voiceover actors recorded conversations, snippets of which are applied to the model based on certain keywords from the end user’s query. The Jam3 team used the Google Speech API to “create a Siri-like experience,” Belina says. Users can ask questions about the future about nearly anything (how many kids will I have? What does the future look like? etc.) and receive about 600 different responses in return. Try your model at the #FutureSelf page here.

Some of the recorded content is considered “Easter eggs,” about current celebrities and sports stars. As for which celebrity to inquire for a 20-year update, you’ll just have to keep asking your future self questions until you get one right.

Check out the behind-the-scenes video below. 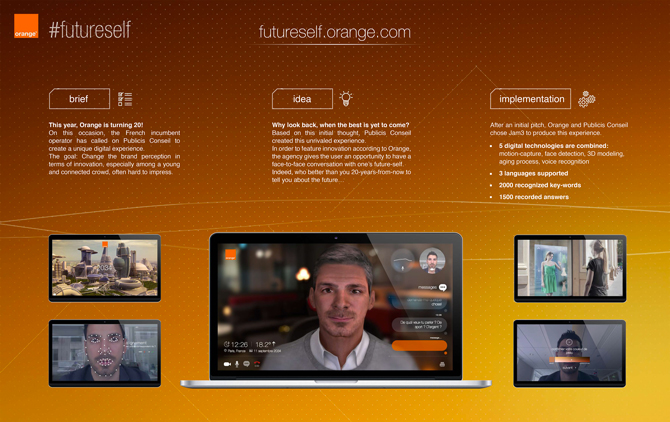