It’s been over a week since facebook CMO Antonio Lucio posted an announcement entitled ‘Introducing Our New Company Brand”.

I have to admit when I read that headline about 1.5% of me thought maybe the brand team was actually grappling with some deep issues. Lord knows they’ve got a few.

Turns out all they were doing was redesigning the company logo.

While Lucio’s use of the word ‘brand’ might make a lot of visual identity designers happy, it tends to rile brand consultants, who lament the fact that they still have to explain to people that a brand is more than just a logo. (I’d say that one’s gonna take at least another 20 years to really sink in.) So it doesn’t help that the CMO of one of the top 5 publicly traded companies in the world doesn’t make the distinction either.

To be less facetious, while a brand is not just a logo, any change in the design of a brand’s visual identity is a sign of change for the company behind it. That’s why companies do it and how people interpret it. 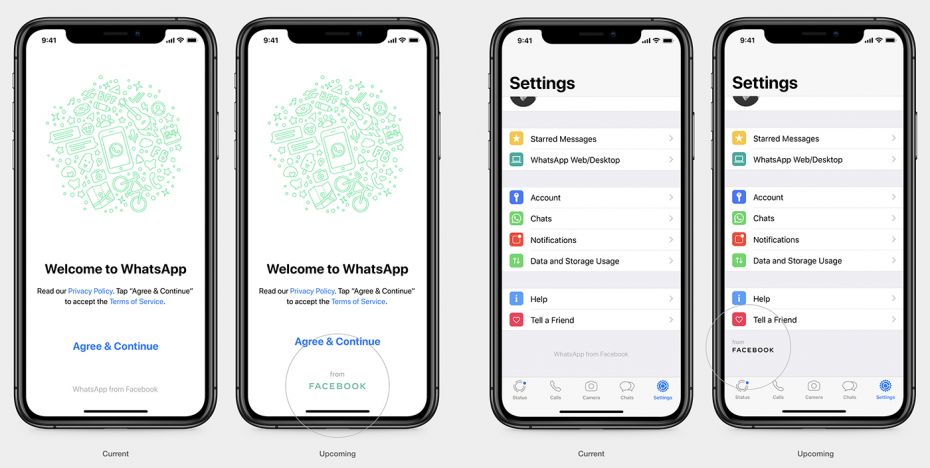 In other words, Facebook doesn’t want you to forget that it owns Instagram, Whatsapp and Oculus. Given all the shit that continues to hit facebook’s fan, you have to wonder why an Instagram, Whatsapp or Oculus user would like to be reminded of that. You might also wonder if facebook is distancing itself from its acquisitions to protect their hard-won brand equity from any legal blowback that might engulf the parent. 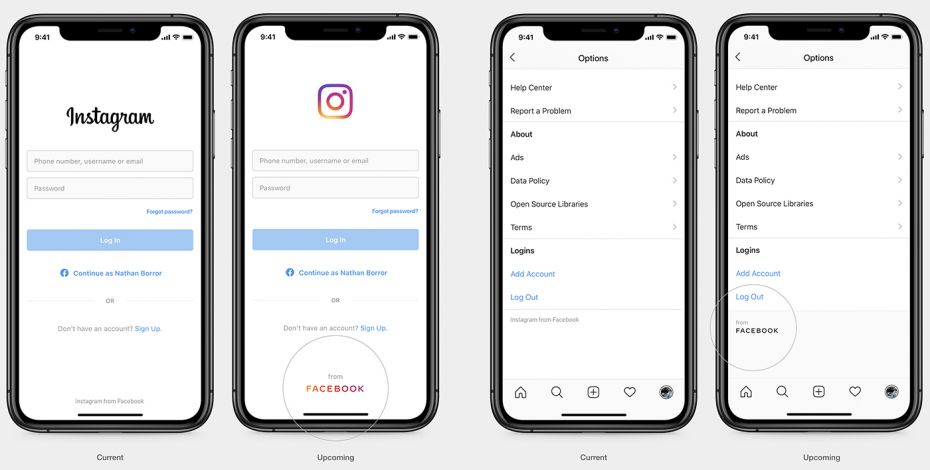 Which leads us to the creation of a corporate facebook which, while its name is the same as the app, is not the same as the app. It’s the owner of the app. But it’s also the app. In other words, FACEBOOK (the owner) wants you to think that facebook (the app) came from FACEBOOK (the owner), even though it’s the other way around. Like some mythological deity, it is both parent and child. Which down here on earth could get confusing.

Kidding aside, a name change was discussed, as Lucio acknowledged, but the decision was to stick with the original name for both. Lucio’s reasoning? “In order to own what we stand for, the decisions we make, our responsibility to people, and how our brands relate to each other”. Oh wait, did I say kidding aside?) What facebook stands for is precisely what the world wants to know right now, as evidenced by several federal inquiries. Reality is, changing the name, as pointed out in Tech Crunch last week, would likely have been interpreted as a shallow attempt to hide its problems, kinda like Zuckerberg wearing a suit to a senate hearing. Besides, what would you call it? Faceberg? Zuckerbook?

TechCrunch was joined by several other news outlets in its critique of the effort. Some see it as a distraction from facebook’s current woes, others as an attempt to forestall a court-mandated breakup of the company. My bet is that Zuckerberg is doubling down on his kingly status and letting everyone know he has no interest in dismembering his empire.