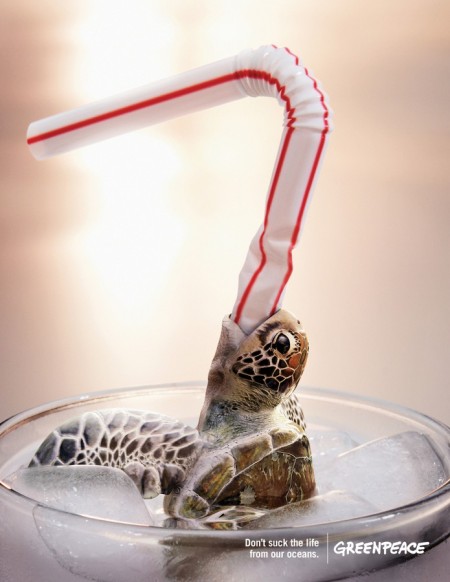 As some establishments move to eliminate straws, there are still millions more that need to follow in their footsteps. We designed these graphic images to prompt businesses large and small to rethink their straw usage. And straws are only the first step. We need to start a conversation about the continued usage of other single-use plastics such as lids, cups and containers, and how they\'re contributing to the plastic pollution crisis.