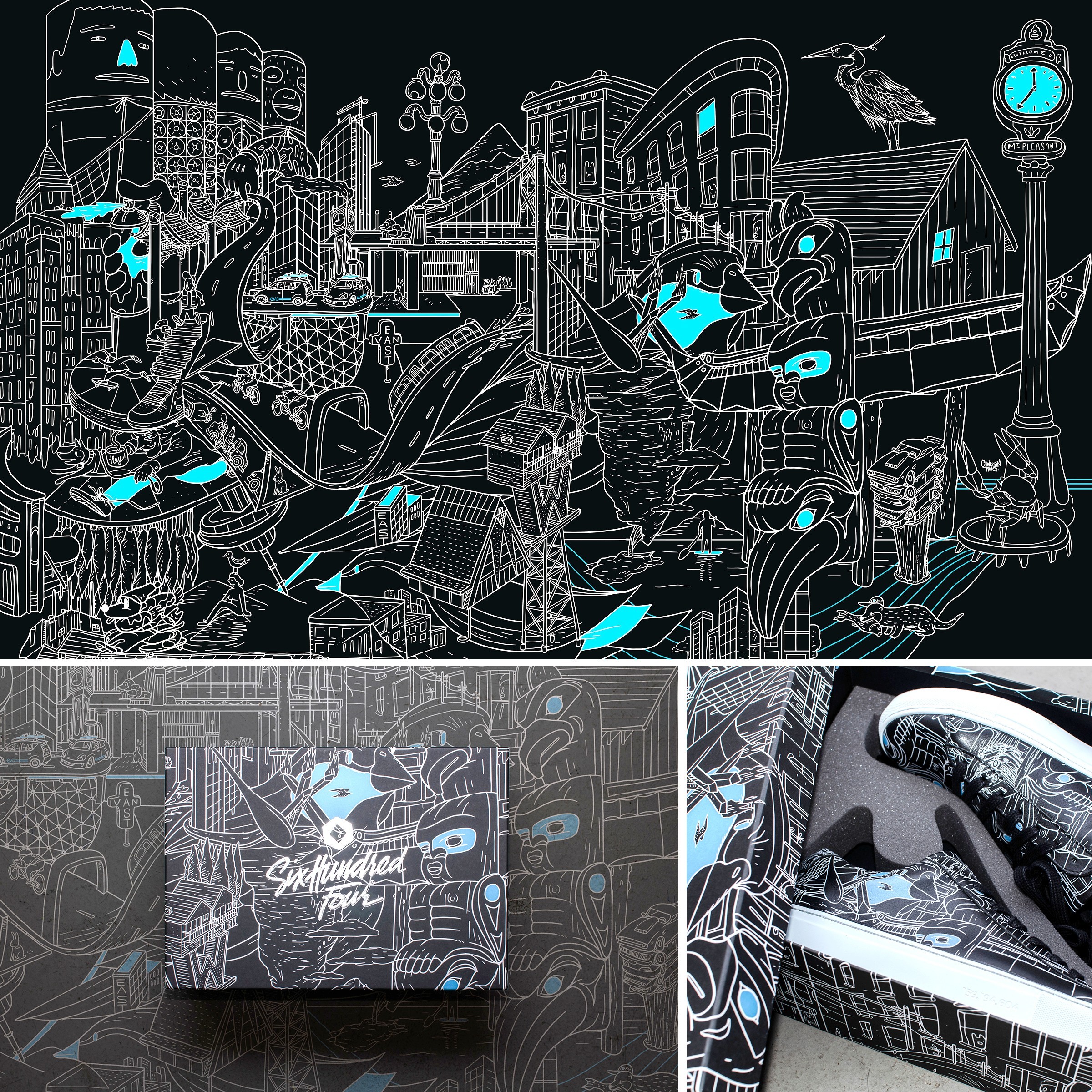 This project was a collaboration between Chairman Ting, Six Hundred Four + EVO Car Share. This collaboration was brought together with one idea in mind, and that’s to champion the arts and culture of Vancouver. The illustration titled ‘Pacific North Weave’ took on several forms including a hand-painted mural in Gastown, a hand painted art piece (60” x 40” on display at Six Hundred Four), a printed vinyl mural at the EVO office and finally as premium designer sneakers by Six Hundred Four.