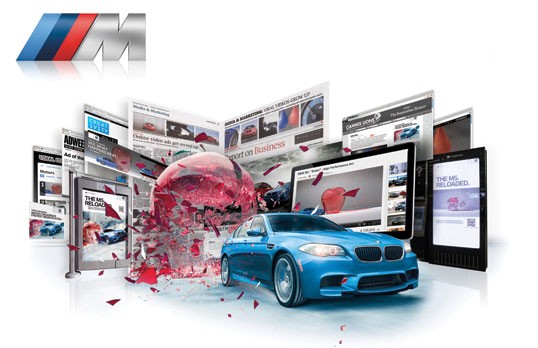 The Brief: Launch the BMW M5 and use it as a halo vehicle to promote the BMW M line up. But we didn't want to create another typical commercial. Instead, we gave the public and bloggers something to talk about: an unconventional art film. Bus shelters, rich media, and targeted banners drove traffic to our film on YouTube. The film also played at cinema and point of sale alongside our custom-designed M table.