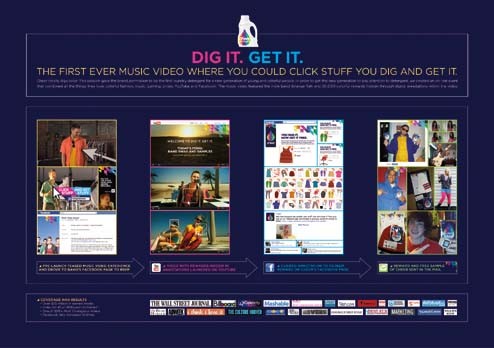 To introduce a younger and more colorful generation to Cheer Detergent we created an online event that combined YouTube, Facebook, fashion and gaming. Cheer co-created an interactive music video with the band Strange Talk. The video had thousands of colorful hidden rewards that people could click and get. The item was then mailed to them. The goal was to spread color and colorful things in a way that would appeal to a younger generation.