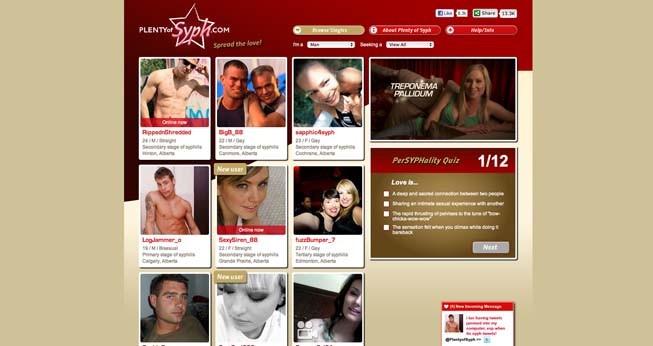 This campaign targeted Alberta youth who had become more promiscuous with their sexual behaviour by meeting strangers through online dating. They were also refusing syphilis testing because they considered it an obsolete STI. By the end of the campaign, visits to STI clinics across Alberta had increased to unprecedented numbers with an amazing number of patients specifically mentioning the plenty of syph campaign, and asking for syphilis testing.