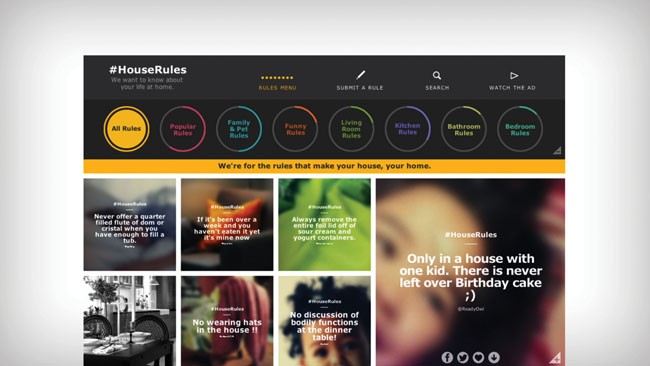 Canadian‘s love IKEA in their 20‘s for their college furniture and first time apartments. But by 35, when they have families of their own, they think they‘ve outgrown us. They think IKEA doesn‘t get families. To show IKEA has the range and quality that meets the needs of every household, we needed to show that we totally understand what modern families live like. And we did that sparking a national conversation about House Rules.