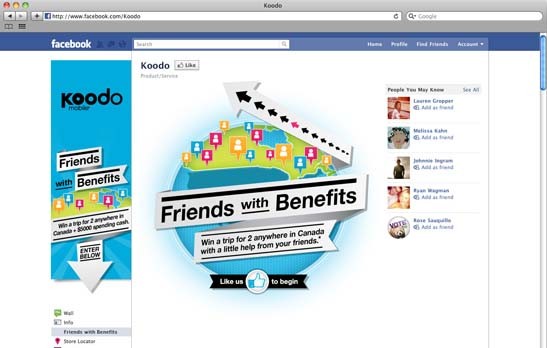 Koodo recently said goodbye to long distance/roaming charges within Canada. To help launch this Koodo created an app contest on Facebook called Friends with Benefits. The app automatically calculated the distance between the user and all their Canadian Facebook friends. When that user invited friends to play, they’d bank the kilometres separating them. Players with the most kilometres won a host of prizes including a trip for 2 anywhere in Canada plus $5000.