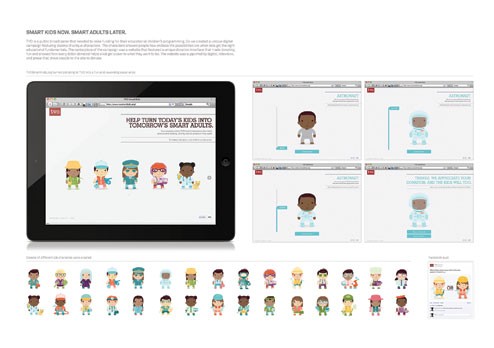 TVO is a public broadcaster that needed to raise funding for their educational children's programming. Dozens of unique characters showed people how endless the possibilities are when kids get the right educational fundamentals. The centrepiece of the campaign was a website that featured a unique donation interface that made donating fun and showed how every dollar donated helps a kid get closer to what they want to be.