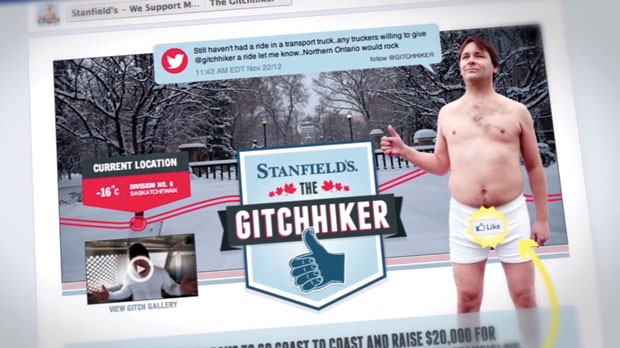 We challenged one man to hitchhike across Canada. If he made it in 21 days, Stanfield’s would donate $20,000 to below-the-waist cancer research.But he had to do it all, wearing nothing but Stanfield’s underwear. And since “Gitch” is slang for underwear – he became “The Gitchhiker”. In 21 days, Stanfield’s earned over 47 million media impressions, the Gitchhiker was interviewed on every major news network across the country, and online underwear sales increased by 50%.