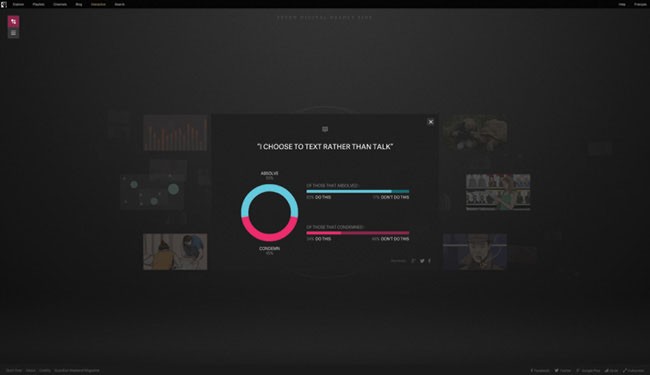 National Film Board of Canada, The Guardian and Jam3
w: nfb.ca and theguardian.com

Pride, lust, greed, gluttony, envy, wrath and sloth: human behaviour has been seen in the context of the seven deadly sins for hundreds of years. And today’s digital world brings with it a new set of moral dilemmas. Combining short POV films, in depth written articles and anonymous user confessions to questionable behaviours, this interactive documentary looks at how technology is reshaping our beliefs and everyday lives.