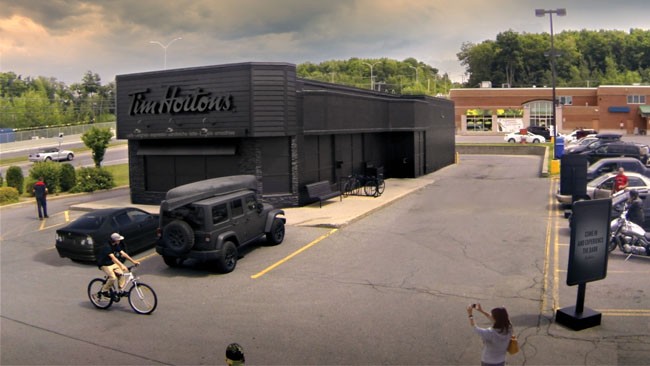 We created an environment in which customers could really focus on the taste of Tim Hortons new Dark Roast. The Dark Store was based on the idea that removing one sense supercharges your other senses. So, we heightened customers’ sense of taste by giving them the ultimate taste test in a completely blacked out Tim Hortons.