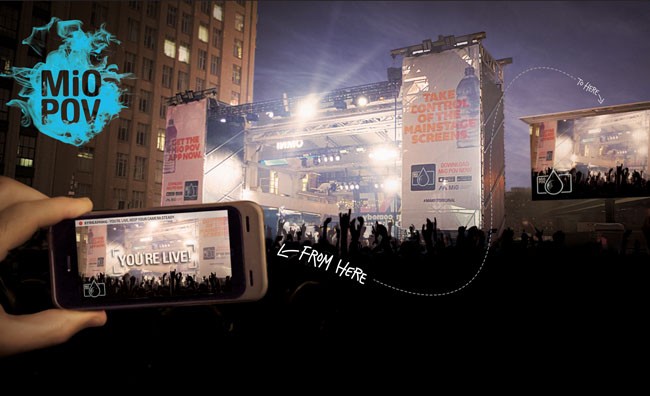 MiO’s core benefit is to give people control when adding flavour to water. So, as title sponsor of North by Northeast, we wanted to do the same thing – give control to the crowd attending the kickoff-headline concert. This led to MiO POV – a mobile app that let anyone broadcast live from their phone, straight to the screens surrounding the outdoor stage. Basically we turned every mobile device into a live video camera.